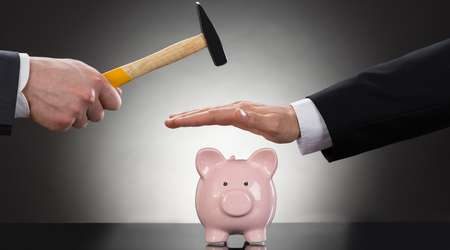 There has been a lot of hype this week about the possibility of allowing first home buyers to access their superannuation to get a deposit for a home. The policy is potentially set to be included in the highly anticipated May 9 budget as part of the housing affordability package, lead by Assistant Treasurer Michael Sukkar.

While it is not confirmed that the policy will go ahead, Sukkar refused to rule out the option while speaking to Sky News on Tuesday.

Sukkar's position has caused an uproar among leaders in the superannuation industry who argue the policy will drive up house prices, making property even more unaffordable for young Australians.

The Labor Party has also made it clear it will oppose any policies allowing Australians to raid their super in the name of fixing the country’s property affordability crisis.

The current Liberal party isn’t the first in Government to toy with the idea of allowing Australians to dip into their super to buy a home.

In 2015 Joe Hockey floated the option and in 2016 Deputy Prime Minister Barnaby Joyce made a case for it. Now, it's popping up again.

Basically, people are struggling to enter the property market. Their inability to save for the increasingly large deposit is a key barrier to this, due to flat wages growth and rapidly increasing house prices. The irony is many Australians do have the money they need for a deposit but it's locked up in their super fund.

If people could access that money early, they could put it towards a deposit and buy a house. Then, Australia’s property affordability crisis would be on the mend – supposedly.

Addressing the growing concerns that this policy could increase demand in the market and push prices up, Sukkar told Sky News the policy could work if housing supply was also increased.

"Anything you do on the demand side of the ledger will be finely calibrated to make sure we are not lazily pumping more money into the market. You’ve got to be more sophisticated, and I’m confident we will be,” said Sukkar.

The super industry says this is a "bad policy"

The Labor party is not on board with this potential policy, claiming it as a lazy attempt by the government to solve the housing affordability crisis without taking a hit to the budget.

The super industry is not on board either, arguing that, quite simply, this policy would increase demand for property without increasing supply, with increased prices being the logical outcome.

Industry Super Australia chief economist Stephen Anthony today said, “In the housing affordability debate, the focus should be on land release, regulation and tax subsidies that fuel investment in existing property rather than new buildings.”

“This proposal could reduce retirement savings and drive up housing prices while doing nothing to address supply,” he said.

Association of Superannuation Funds of Australia chief executive Martin Fahy also alluded to the idea that this policy would make property even more out of reach for young Australians, saying; “It will be important for the government to consider direct and indirect impacts on house prices and retirement savings when they are considering any potential options for the upcoming budget.”

The super industry also claims the policy would contradict the government's own objective of super as announced last year, which is "to provide income in retirement to substitute or supplement the age pension."

By allowing people to dip into their super too early, there's a risk that people will not be able to fund their retirement and will again be reliant on the pension.

The policy raises alarm bells as it could result in Australians relying too heavily (even more so than now) on property for wealth and to fund their retirement.

If the policy was put into action, it would ultimately be up to the individual as to whether they want to dip into their super to fund a home deposit or not.

Every investor knows the value of a diversified portfolio to minimise risk, rather than putting all your eggs in the one basket and hoping for the best.

However, if the option was there, it may be too tempting to refuse.