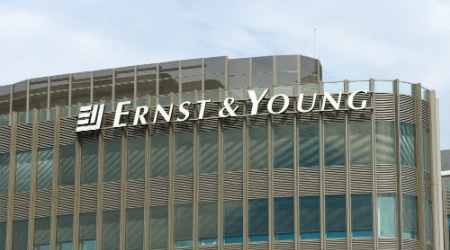 In a new study released by Ernst & Young (EY), nine out of 10 executives said they face increased competition from companies that had embraced digital transformation.

The Digital Deal Economy study, released today, surveyed 600 non-technology executives from companies across from the Americas, Asia-Pacific, Europe, the Middle East, India and Africa. Most executives were from large corporations, with 70% of those surveyed from the companies earning revenues over US$5b.

The survey found that digital transformation is impacting all areas of the executives' businesses. Almost two-thirds of the executives (67%) plan to acquire digital capabilities in the next two years in a bid to keep up with their transforming industries.

EY's Global vice-chair of transaction advisory services Steve Krouskos said the critical question for companies was whether they could build the capabilities required to succeed, or whether they would need to buy them.

“The majority of executives are opting to acquire, recognizing that trying to achieve digital transformation through organic means alone could be too slow," he said.

“Technological advances continue to drive sector convergence and turbo-charge changing consumer behaviors. This is compelling companies to adopt forward-looking, deal-centric strategies to confirm they future proof themselves for a digital world.”

The trend has been for larger financial services organisations to partner with digital disruptors in order to fill their digital void.

In Australia, this trend has been apparent in Australia's largest banks. Westpac has partnered with fintech firms such as Society One and Valiant Finance through its Reinventure arm, and Commonwealth Bank has also entered into a few partnerships with smaller fintech firms. NAB has kept its services and innovations largely in-house but ANZ has publically announced its intention to partner with fintech firms.

According to EY's study, non-tech companies are looking towards partnerships, either alongside or in place of acquisitions, to accelerate their digital growth.

"Nearly 90% of executives have elevated digital transformation in their capital allocation strategies and acquiring innovation is the preferred route,” Krouskos said.

“Executives are concluding that the most effective way to achieve their digital goal is to help ensure that all investment decisions support the future vision for the digitally-enabled business. A future-proofed digital capital strategy is at the heart of dealing in a digital world.”