Forget Ripple, Coinbase is too busy gaming on Twitch - finder.com.au

Forget Ripple, Coinbase is too busy gaming on Twitch 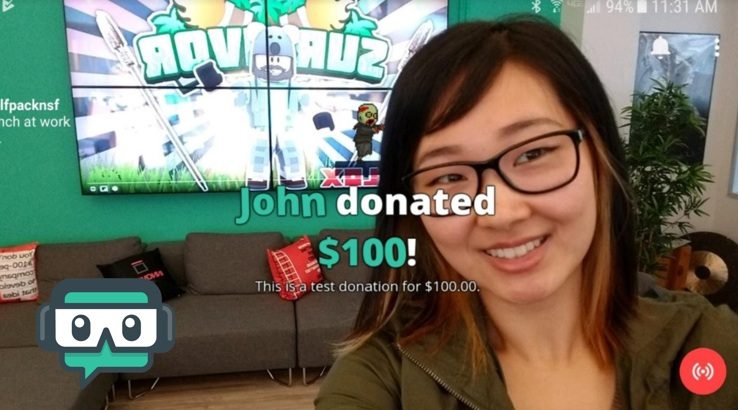 Mighty cryptocurrency exchange Coinbase is getting into the gaming scene, partnering with Twitch app Streamlabs.

If you’ve dabbled at all in the cryptocurrency market, then you’ve heard of Coinbase. It’s one of the largest and most influential exchanges on the planet, especially when you take into account that it has an equally huge sister exchange in GDAX. Such is its power, when it listed Bitcoin Cash in December of last year, the sheer accessibility it gave to the coin saw its price double within 48-hours under the weight of demand.

The conjecture over what move Coinbase would make next was all the talk through the start of 2018. There was much made of the possibility of Ripple and its cryptocurrency XRP being the next big play by Coinbase, and despite many pointers towards this eventuality, it’s yet to happen. Perhaps it’s because Coinbase has been too busy fragging noobs.

As we revealed on the GxB show (embedded above), video games and the blockchain live stream earlier today, Coinbase has just opened its doors to Streamlabs, and operation that is unlikely to be familiar to those whose interests fall outside of the gaming landscape. Streamlabs is a platform used via live internet TV service Twitch by professional streamers. These are people who play games live for their legions of fans, who watch on and engage with the broadcaster.

Yes, these are people who get paid to play games. Lucky buggers.

Twitch is also a big deal. This past week, it averaged 1,075,367 concurrent viewers at any given time. In 2014, Amazon shilled out a cool US$970 million to acquire Twitch, and got a good deal. There are now over two million broadcasters streaming their gameplay out to the world, and 15% of those that have taken their efforts to a professional level, use Streamlabs.

One of the key features of Streamlabs that is so appealing to pro streams is that it allows viewers to tip. Those watching a streamer can volunteer money, helping their heroes stay afloat and allowing them to continue broadcasting.

The big announcement this week is that Streamlabs will now offer the opportunity for fans to tip their favourite streamers using cryptocurrency. In order to accept such tips, the broadcaster must sign-up for Coinbase, and tether their wallet address on the exchange to their Streamlabs account. At this point, fans can begin tipping in either Ethereum, Bitcoin, Litecoin or Bitcoin Core as they use Twitch.

It’s great to see Coinbase and Streamlabs work together to build on the cryptocurrency revolution and begin providing practical solutions for everyday people/gamers to get involved. Using cryptocurrency to tip is surely going to lower fees, pull down geographical barriers, and ultimately increase the money that ends up in the hands of actual people - not banks. It’s also sure to help increase the demand, and therefore price, of those currencies that are getting involved.

Enticingly, Streamlabs has revealed that it is looking to open up the service to more coins in the future, so perhaps XRP and Ripple will get a look in down the track, even if it is not through Coinbase. We’ll keep you posted.