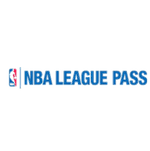 If you're a big basketball fan, NBA League Pass is the only way to watch every game live. So how does it work?

In addition to streaming every second of every game of the season live, you also get access to extras like the NBA draft, Summer League, pre-season games and All-Star Weekend. League Pass serves as a single destination for all the latest news, statistics, highlights and recaps from the current NBA season.

How much is NBA League Pass?

League Pass allows you to follow your favourite teams, players, match-ups, the entire NBA season or a good chunk of it. As of October 2021, League Pass now has 4 packages in total. All 4 come with annual or monthly options.

While the naming is confusing given that's what it used to be named 2 seasons ago, basketball fans will now finally be able to get their hands on a package that allows them to watch on 2 devices at once. It will set you back a staggering $389.99 per year or $51.99 a month, but you can at least now split it with a friend without needing to share the account each game.

The traditional League Pass annual subscription price once again costs $299.99 and the monthly price is $39.99.

If you're after a cheaper option the Game Choice pack lets you choose 8 games per month. This costs either $109.99 annually or $14.99 per month.

Team Pass gives you access to every game from 1 specific franchise. You can follow your favourite team for $169.99 per year or $19.99 monthly.

It's important to note that annual billing subscriptions will be automatically renewed at the start of each season. So if you aren't keen on paying another few hundred dollars then set a calendar reminder.

While League Pass does seem expensive considering it only allows you to watch 1 sport it does offer the most comprehensive NBA coverage. Prices also tend to fluctuate throughout the season. So you have the option to get by on ESPN or SBS coverage early then score a discount on League Pass and watch the run to the NBA Finals.

You can stream NBA League Pass for free with this 7-day trial. Once you've exhausted your free trial you will be billed for the subscription you opted into. If you need help getting the free trial we have a step-by-step guide available for League Pass.

League Pass is compatible with a variety of devices, including smartphones and tablets, Android TV, Apple TV, Chromecast and Xbox One. To watch on any of those devices you'll need to download the official NBA app.

How many devices can I watch NBA League Pass on?

All League Pass packages except for the premium option still only allow you to run 1 stream on any device at a time. The Premium subscription will let you watch from 2 devices at once.

Although not a special feature, where League Pass separates itself from the competition is with its content. It's the only way to see every single game of the regular season and playoffs live or on demand. You'll also get access to NBA TV which streams a mixture of basketball shows, live games, WNBA content, historic matches and documentaries 24/7.

Most basketball fans are likely to have only heard games called by commentators during the ESPN-broadcasted games. League Pass gives you the ability to select from either home or away commentary. It's a surprisingly handy feature as you'll find some teams' commentators are more biased than others.

Similar to Kayo's SplitView, League Pass has its own multi-game viewing which allows you to stream up to 4 games at once. However, this feature is currently exclusive to desktop. Another handy feature is the condensed viewing option which reduces games down to around 15 minutes.

League Pass also has live stats available to turn on or off during games. You can see the full boxscore of both teams which is helpful if you're watching on your phone and don't have another device on hand.

Unlike your regular streaming services like Netflix, sports streamers typically don't have offline viewing available, although League Pass does. You've got the option to download the full broadcast of games from either commentary team or condensed versions of games. Given that NBA games are typically on in the middle of the day in Australia it makes catching up on action a whole lot easier.

Where to buy NBA jerseys

Aaron McAllister is the global publisher for Streaming at Finder, helping to deliver insightful guides to internet TV, sports and entertainment. He has a Bachelor of Commerce and a major in Marketing from the University of Wollongong. Away from work, you can find him perfecting his jump shot.