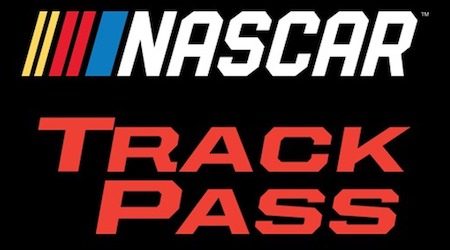 The Chevrolet, Ford and Toyota stock car drivers are ready to re-start their engines and attempt to stop reigning series champion Kyle Busch from defending his crown. Here’s how to watch live in Australia.

Update: Like most sports NASCAR has been impacted by coronavirus. Details are here

The 2020 NASCAR Cup series is ready to resume after a two-month hiatus due to the coronavirus. Originally slated as a 36-race season from February through to the final championship showdown at Phoenix Raceway in Arizona in November, the revamped schedule is still being determined.

A total of 20 races are being considered from this point on, starting with four races in quick succession in late May, all of them without fans.

Last year Kyle Busch picked up 8 wins from his 36 starts for the Joe Gibbs Racing team to win his second championship and first since 2015.

With seven-time champion Jimmie Johnson announcing the 2020 season would be his last as a full-time driver, he will be desperate for racing to return. This is how you can follow all the tyre-shredding action with NASCAR Trackpass.

What is NASCAR Trackpass?

NASCAR Trackpass is a subscription streaming service for fans of the motorsport series to follow every race, pile-up and pit stop throughout the season, along with highlights and other unique content on demand.

How much does NASCAR Trackpass cost?

Subscriptions are either US$125 ($186) for a yearly pass or US$15 per month. It is free to download the app but you require a subscription to view the content.

Does NASCAR Trackpass Australia have a free trial?

According to the NASCAR Trackpass website, the service "periodically offers a free trial". It also offers discounted rates at various times once the season has begun.

Trackpass typically gives fans more than 70 races over the course of the year. That includes the top NASCAR Cup Series and the secondary Xfinity Series. It has pre- and post-race coverage, full replays and a cut-down version of races after they are completed. The cut-down version is similar to the Kayo Minis feature available on Kayo Sports.

What video quality does Trackpass stream in?

Available on smartphones, tablets and desktop, Trackpass is streamed in HD. To watch video on desktop, you need a browser that supports HTML5 Media Source Extensions. Trackpass is compatible with iOS and Android devices. To run the app you need iOS 5.0 and above or an operating system of 2.2 and above for Android handheld and tablet devices.

Is there a NASCAR Trackpass app?

Yes. It is available in the App Store and Google Play.

Macarthur are gunning for 5 straight victories when they host Sydney FC this week.

Australia heads to Melbourne 2-0 up after dominating England in Adelaide.

The Sydney to Hobart yacht race returns for 2021.

Nothing beats the tedium of the festive season than wall-to-wall NBA games.

The Hobart Hurricanes will be looking to stay in touch with the top 4 when they take on the Melbourne Stars this week.