This week in streaming: Dark crystals and carnivals of fantasy 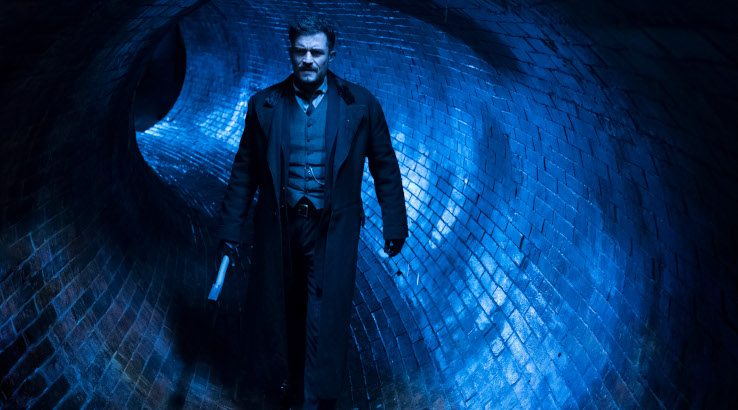 A fantastic week for fantasy-lovers.

After last week's low-key offerings, Aussie streaming services are closing out August with a powerful slate of binge-worthy TV.

Starting with Netflix, we have The Dark Crystal: Age of Resistance, a prequel series to the iconic Jim Henson film from the early 80s. Folks worried that the show wouldn't stay true to the original movie need not be: not only is The Jim Henson Company responsible for all the animatronics used in the series (no CGI shortcuts here), puppeteer Brian Froud and concept artist Dave Goelz who worked on the 80s flick also lent their talents to the show.

Keeping with the fantasy theme, Amazon Prime Video drops its long-awaited series Carnival Row this week. Starring Orlando Bloom (The Lord of the Rings) and Cara Delevingne (Suicide Squad), the show takes place in a Victorian-styled world filled with mythological creatures like faeries, satyrs and centaurs. The ongoing conflict between these creatures and their neighbouring humans reaches breaking point when a series of unsolved murders leads a plucky detective to uncover a conspiracy that could destroy the peace for good.

Murder remains a central theme of Stan's heavy hitter too. Power, the series starring popular rapper 50-Cent and loosely inspired by his own life, begins its sixth and final season this week. Protagonist "Ghost" is fixated on getting revenge for the betrayal that closed out Season 5, even if that means turning against those he once called friend and brother.

If crime and fantasy don't tickle your fancy, fear not. There are plenty of other new releases hitting Aussie streaming services this week, and you can check out all our top picks below.

For a complete schedule of upcoming programming, check out our list of everything coming to Aussie streaming services in August 2019.

A new slate of food entrepreneurs who are determined to open up their own restaurants pitch delicious concepts to a panel of choosy investors.

As Kate adjusts to her new normal, Anne redirects her anger, Frankie hits her professional stride and Jenny tries to be a better mom.

When city girl Gabriela (Christina Milian) spontaneously enters a contest and wins a rustic New Zealand inn, she teams up with bighearted contractor Jake Taylor (Adam Demos) to fix and flip it.

The Dark Crystal: Age of Resistance returns to the world of Thra with an all new adventure. When three Gelfling discover the horrifying secret behind the Skeksis' power, they set out on an epic journey to ignite the fires of rebellion and save their world.

Stylist and interior designer Jason Bolden and husband Adair Curtis of JSN Studio make the magic happen on the red carpet and at home for A-listers.

Season six picks up with James "Ghost" St. Patrick seeking vengeance. His former drug partner and brother in arms must pay for the ultimate betrayal. Rocked to his core by the perfidiousness and cruelties of those he once called his family, Ghost devotes himself to one notion: Success is the best revenge, with all intentions of getting both.

Space Ranger Roger monitors the universe for friends in need and he and his helpful bots help people solve problems and predicaments.

This season, after baring his soul at the NFL rookie symposium and checking into rehab for a pain-killer habit, Spencer, along with longtime colleague Joe Krutel, returns to ASM with a new outlook and fresh goals, hoping to forge bonds with new players across the country while improving his relationships with existing clients.

In the new season of "60 Days In," Sheriff Mark Lamb of the Pinal County Sheriff's Office in Arizona carefully selected seven innocent people to go undercover for a deep dive into the inner workings of his facility.

No notable new releases coming to hayu this week.

Take advantage of hayu's limited 30-day month trial and access thousands of hours of Keeping Up With the Kardashians, Made in Chelsea and so much more.

Carnival Row is a Victorian fantasy world filled with mythological immigrant creatures. Feared by humans, they are forbidden to live, love, or fly with freedom. But even in darkness, hope lives, as a human detective and a faerie rekindle a dangerous affair. The city's uneasy peace collapses when a string of murders reveals a monster no one could imagine.

Riviera's highly anticipated return picks up in the immediate aftermath of the explosive first series finale, where the Clios family is faced with the tragic death of one of their own. Only this time, the blood is on the hands of our female protagonist, Georgina (Julia Stiles). As Georgina tries to find a way to live with her crime, secrets from her past wash up on the sandy shores of the Cote d'Azur that force her to explore her turbulent childhood against her will.

Need some new sneakers for the court?…

Your detailed review of the Paybis…

See this week's round-up of hot airfares to…