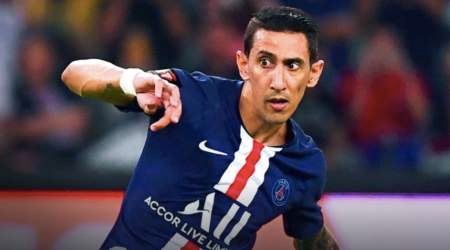 European royalty Bayern Munich face first-time finalist PSG in a blockbuster UEFA Champions League decider. This is how to watch.

Some of the biggest names in global football will be on the grandest club stage of all in this year's dream UEFA Champions League final. PSG's star trio of Neymar, Kylian Mbappe and Angel Di Maria have carried the cashed-up French side into a first ever final. They're hoping to be just the second French team to claim the trophy after Marseille in 1993.

But they face an almighty task getting their hands on the silverware. German giants Bayern Munich can boast five Champions League trophies, the last of which arrived in 2013. Considering their domestic dominance and a star-studded roster of their own, a seven-year drought is a little disappointing for Bayern. They can set that right in Lisbon.

When is PSG vs Bayern Champions League final?

This match kicks off at the traditional time of 9pm CEST on Sunday 23 August (5am AEST on Monday 24 August) at Estádio da Luz in Lisbon Portugal.

How to watch PSG vs Bayern Champions League final in Australia

The broadcast of this year's abbreviated Champions League competition was exclusive to Optus Sport. The telco is a major player in football in this country, also holding the rights to the English Premier League and Euro 2020, which will now be held in 2021.

If you are already an Optus customer, Optus Sport is free or comes as an add-on for an extra charge. You can check your eligibility here.

Anyone can sign up for an Optus Sport subscription and you have a few options. You can join via the app for $14.99/month. This allows you to stream Champions League matches to PC and Mac, iOS and Android devices, Apple TV, Chromecast, Xbox One and Amazon Fire. It also has live programming, on-demand matches, commentary shows and more.

You can also access Optus Sport via Fetch TV. The cheapest way to do so is with a Fetch TV Mini, which comes with the starter pack for free. Then you can add on the Optus Sport pack for $14.99/month. It's worth noting Fetch devices purchased through Internet providers other than Optus are not supported.

For more information check out our complete Optus Sport guide.

How can I watch PSG or Bayern regularly?

If you are after some of the best domestic leagues across the globe, including Bayern's Bundesliga or Ligue 1 of PSG, you need a subscription to Kayo Sports, Foxtel or beIN SPORTS CONNECT.

How to watch football leagues around the world

Who will win PSG vs Bayern Champions League final?

After a rushed and highly unusual end to this year's tournament due to the coronavirus pandemic, we have been given a final of the highest calibre. Huge-spending PSG have finally overcome years of disappointment to reach their first Champions League decider.

They were too strong for Borussia Dortmund, Atalanta and RB Leipzig in the knockout rounds and will like their chances of getting their hands on a trophy known as "big ears".

Bayern Munich have been beyond ruthless in their own knockout run, scoring goals for fun along the way. A 7-1 aggregate win over Chelsea was followed by a staggering 8-2 quarter-final victory over Barcelona and a 3-0 triumph over Lyon. Most people will likely be backing the experience of Robert Lewandowski and Bayern.

But we don't mind a Cinderella story in world sport and while PSG have spent crazy money, particularly on Neymar (€222 million) and Mbappe (€180 million), they are the underdogs here. And we think they might just get the job done in a high-scoring thriller.