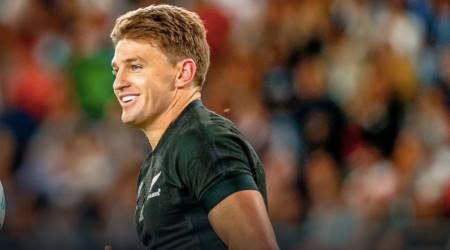 The best rugby union players from NZ's North and South Island's square off in a traditional grudge match. You can watch it via these options.

SUMMARY: NZ's North vs South rugby fixture is live and exclusive to Fox Sports. If you already subscribe to Foxtel, you're good to go; if not, your best option is to stream live on Kayo Sports with this 14-day free trial. That gets you access to all its unique features and 50 additional live sports.

For the first time since 2012, New Zealand rugby players from the country's North Island and South Island will clash. Some of the biggest names in the sport, including All Blacks playmakers Beauden Barrett and Richie Mo'unga, will be on display.

The North vs South match was a regular fixture throughout the 20th century, but has only been held twice since 1986. New Zealand coach Ian Foster helped pick the squads and will select an All Black side the day after this match.

The All Blacks haven't played since their third-place finish in last year's Rugby World Cup. Any upcoming Test matches are still to be confirmed due to the coronavirus pandemic.

When is New Zealand's North vs South rugby union match?

Kick-off is at 7:10pm local time (5:10pm AEST) on Saturday 5 September at Sky Stadium in Wellington. On either side of this match there's also a Super Rugby fixture with Rebels vs Force and Brumbies vs Reds.

How to watch North vs South rugby in Australia

In Australia, Fox Sports is the home of rugby union, boasting competitions like Super Rugby AU and New Zealand's Super Rugby Aotearoa. The North vs South match is also being broadcast by Fox Sports, which means Kayo Sports, Foxtel iQ and Foxtel Now are your viewing options.

Rugby union fans are well covered with a subscription to Kayo Sports, with the Super Rugby AU finals also looming this month. The newcomer on the streaming circuit also has a huge array of other sports, boasting more than 50 all up, all broadcast in HD.

If you are a new customer, Kayo has a 14-day free trial. After that, subscriptions are $25/month for the Basic option, where you can watch on 2 screens at once. There is also a Premium option for $35/month that gives you a third screen. We have a full review of the service for you.

Another selling point for Kayo is its special features. Kayo Minis are available shortly after selected matches have completed. SplitView lets you watch four sports at the same time. Interactive Stats and a Key Moments Timeline are also features.

Foxtel Now is the pay TV giant's digital streaming service. You have to subscribe to the Essentials pack in addition to the Sports pack which is a total of $54/month. If you haven't tried it previously, Foxtel Now offers a 10-day free trial. We have also put together a full guide which includes the list of compatible devices. You can see how it compares to Kayo here.

Who will win North vs South rugby union match?

Considering there are coveted All Blacks jumpers on the line, this is a high-stakes match. Expect a ferocious contest with bragging rights also up for grabs in a match New Zealand coach Foster described as "a once-in-a-generation" opportunity.

It's hard to nominate a winner but if we were selecting a rugby team, Beauden Barrett would be among the first picks. So we'll opt for his North outfit in a game hopefully featuring plenty of running rugby.