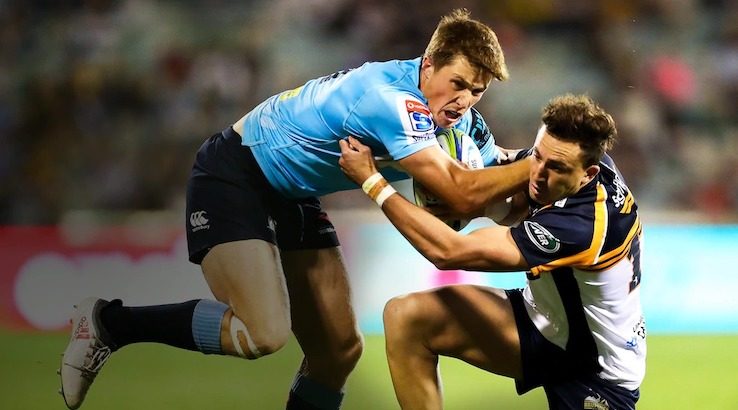 The conference-leading Brumbies host the struggling Waratahs in Super Rugby action. Will they compound the Tahs' misery?

It has been a very tough season for the Waratahs to date. The NSW franchise has just one win from five matches. Next up they travel to Canberra to take on a red-hot Brumbies side.

The hosts have four wins from five matches, with their only setback a one-point loss to the Highlanders in week three. It looks an uphill battle for the Tahs and their first-year coach Rob Penney.

When is the Brumbies vs Waratahs Super Rugby match?

This is a Sunday afternoon clash in Super Rugby, kicking off at 4:05pm AEDT on Sunday 15 March at GIO Stadium in Canberra.

How to watch the Brumbies vs Waratahs Super Rugby match

We have compiled a full breakdown of how to follow this year's competition so you don't need to miss a minute of the action. The conferences, finals format and schedule are all there.

Kayo Sports has every game of the 2020 Super Rugby season live. If you are yet to check it out, there's a 14-day free trial. We also have a full review of Kayo for you.

Rugby is just 1 of more than 50 sports on Kayo. A Basic subscription costs $25/month and you can watch on 2 screens or devices at once. A Premium subscription is $35/month and gives you an additional screen to watch all the action.

Kayo also has a number of special features, such as Kayo Minis available shortly after matches finish. Other features include SplitView, where you can watch four sports at once, Interactive Stats, No Spoilers and Key Moments.

It is compatible with Android, iOS, Apple TV, Telstra TV, Android TV and Samsung TV (2017 or later), Sony Bravia TVs, Mac and PC as well as Chromecast or AirPlay.

Who will win the Brumbies vs Waratahs Super Rugby match?

There is no other way to view it than the Waratahs are in a major rebuilding phase under Penney. A mix of ageing veterans and fresh youngsters, they appear some way from contending for wins on a regular basis.

The Brumbies meanwhile were Australia's only play-off team last year and that seems set to continue. Australia's second-ranked team right now are the Rebels with a 3-3 win-loss record. We can only see a comfortable victory for the home side in Canberra.