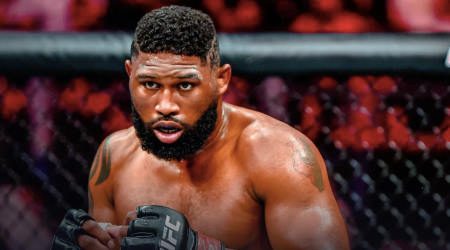 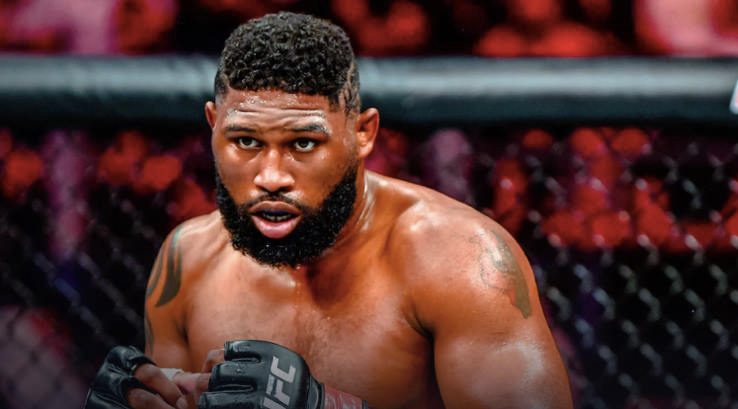 Mixed martial arts action continues with UFC Fight Night: Blaydes vs Volkov live in Las Vegas. This is how you can watch live.

SUMMARY: Blaydes vs Volkov UFC Fight Night is exclusive to ESPN. So unless you're an existing Foxtel or Fetch TV customer your best bet is Kayo Sports. You can watch the entire event for free using this 14-day trial. This gets you access to all its unique features and 50 additional live sports.

There is also a co-main event on the 12-fight card. That is a featherweight match-up between rising star Shane Burgos (13-1 record) and veteran American Josh Emmett (15-2).

When does UFC Fight Night: Blaydes vs Volkov start?

The preliminary card gets underway at 7am AEST on Sunday 21 June in Las Vegas with 7 fights. The main card then commences at 10am AEST with a further 5 clashes.

How to watch UFC Fight Night: Blaydes vs Volkov

ESPN is the host broadcaster for UFC Fight Night: Blaydes vs Volkov. That leaves Foxtel iQ, Foxtel Now, Kayo Sports and UFC Fight Pass as your viewing options. If you don't have a Foxtel subscription, Kayo is the best choice. You can check out our complete viewing guide for the UFC.

If you are yet to try Kayo Sports, it has a 14-day free trial for new users. That means you can watch UFC Fight Night and much more for zero cost before deciding if the service is right for you.

Typically covering more than 50 sports, including NRL and AFL, Kayo has a range of special features for you to enjoy. SplitView allows you to watch four events on the same screen. Interactive Stats, No Spoilers, Key Moments and Kayo Minis are also among the options.

Once you decide to sign up, Kayo starts from $25/month for the Basic subscription, which gives you access to 2 screens or devices. It also has a Premium subscription that gives you a third device for $35/month.

Foxtel Now is the pay TV operator's digital streaming service. To access it, you need to subscribe to both the Essentials pack and the Sport pack, a total cost of $54/month. If you haven't tried it yet, Foxtel Now has a 10-day free trial. We also have a full guide for you which includes the list of compatible devices.

UFC Fight Pass is the fight leader's own streaming service. You can pay either $10.99 per month or $104.99 for a discounted yearly pass. That gives you access to every UFC event, including pay-per-view. It's compatible with smartphones and laptops, Xbox One and Xbox 360, Apple TV, Chromecast, Roku, Samsung and LG smart TVs.

This schedule comes as the UFC announced a series of big fights on the horizon next month. Australians Alexander Volkanovski and Robert Whittaker will both be involved in the events, which will all be held on the UFC's Fight Island in Abu Dhabi.

Who will win Blaydes vs Volkov?

There have been a number of recent upsets in the Octagon, including last week's UFC Fight Night: Eye vs Calvillo. Top-ranked Jessica Eye lost a unanimous decision to Cynthia Calvillo.

It is often tricky picking likely heavyweight winners too as both combatants have the ability to knock out an opponent in a moment's notice. That's exactly what happened to Volkov (31-7) in his last defeat, when leading his clash with Derrick Lewis in October 2018.

That is Volkov's only loss in his past 8 fights dating back to 2016. Blaydes (13-2) is a star on the rise for a reason. He has also won seven of his past eight clashes, with his only loss in that time to Francis Ngannou. We're picking "Razor" Blaydes to continue his march towards a shot at a championship belt.