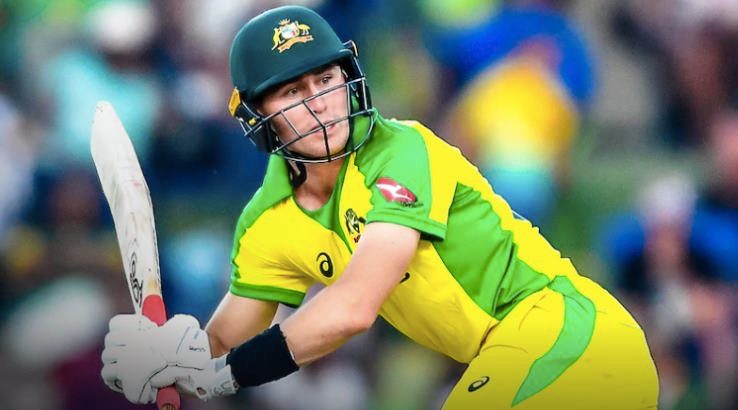 Australia's long wait for some international cricket finally ends with a Twenty20 series against England. This is how you can follow the action.

SUMMARY: Australia's tour of England is live and exclusive to Fox Cricket. If you already subscribe to Foxtel, you're good to go; if not, your best option is to stream live on Kayo Sports with this 14-day free trial. That gets you access to all its unique features and 50 additional live sports.

The last time an Australian team contested an international match, it was game one of a three-match one-day series against New Zealand way back in March. Only one game was completed, a heavy win to the Aussies, before the rest of the series was cancelled due to the coronavirus outbreak.

Now they are finally ready to don their green and gold uniforms and get back out there, starting in England. It all gets underway with a three-match Twenty20 series against the Old Enemy. There are then three one-day internationals scheduled immediately afterwards.

When is the Australia vs England T20I cricket series?

How to watch Australia vs England T20 cricket series

These games are exclusive to Fox Cricket. There is zero coverage on free-to-air television. So for you to catch what looms as a combative showdown, you will need a subscription to either Foxtel iQ, Foxtel Now or Kayo Sports.

Streaming service Kayo Sports should be the go-to destination for Australian cricket fans. It has access to the BBL, Caribbean Premier League, every Australian Test, ODI and T20I plus a range of other international contests, such as those involving the popular Indian side.

Kayo has a 14-day free trial, so you could watch the T20 series and ODI series for no cost while giving the service a test run.

All up Kayo has more than 50 sports available. We have put together a full review of the service for you. After the trial period, subscriptions are $25/month for the Basic option, where you can watch games on 2 screens or devices. The Premium option is $10 more per month and gives you an additional screen.

Kayo also has a number of special features, such as Kayo Minis, which are short highlights packages available after each game. Alternate camera angles, SplitView, where you can watch four sports at once, Interactive Stats and Key Moments are also feature options.

How to watch Australia vs England T20 series on Foxtel Now

Foxtel Now is the pay TV giant's digital streaming service. You have to subscribe to the Essentials pack in addition to the Sport pack, which costs $54/month in total. That makes it more than double the price of Kayo's basic package.

If you haven't tried it previously, Foxtel Now offers a 10-day free trial. We have also put together a full guide which includes the list of compatible devices. If you're tossing up between Foxtel or Kayo, don't worry we've compared them head to head.

Who will win the Australia vs England T20 cricket series?

The Australians will be desperate to get back on the pitch after such a long break. This will also be the first time Australia has played on English soil since retaining the Ashes in September last year, as documented on Prime Video's The Test. It's also the first limited-overs match between the teams since eventual champions England knocked Australia out in last year's World Cup semi-final.

The Australians are the top-ranked team in T20 cricket and England are second, so expect a fiercely competitive series.

Coach Justin Langer has picked a squad balancing veteran talents with some promising youngsters. Steve Smith, captain Aaron Finch, Mitchell Starc, Pat Cummins and David Warner will be among the players expected to carry much of the load. Fox Cricket commentator Shane Warne has said he's also excited to see prospects like Riley Meredith and Josh Philippe get an opportunity.

For the home side, Ben Stokes is unavailable and Joe Root has been overlooked for the T20 series. Experienced hands including Eoin Morgan, Johnny Bairstow and Moeen Ali are in the squad. We are leaning towards the home ground advantage proving pivotal, let's opt for a 2-1 victory to England.