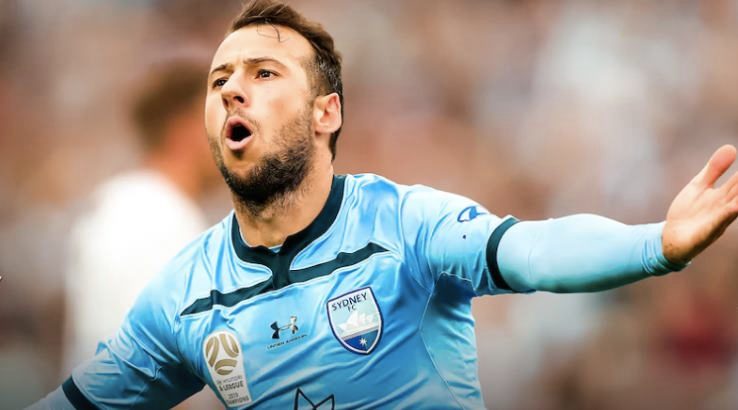 The standout teams from the season square off when Sydney FC meet Melbourne City in this year's A-League grand final.

SUMMARY: The 2020 A-League grand final is live and exclusive to Fox Sports. The best-value-for-money option to watch Sydney FC vs Melbourne City live is through Kayo Sports. You can watch for free 14-day free trial. This gets you access to all its unique features and 50 additional live sports.

Sydney FC have a chance to stand alone in A-League history in the 2019/20 grand final. Currently tied with Melbourne Victory on four A-League titles, the defending champions can become the first five-time title-holders in this year's deciding clash.

But the Sky Blues are sure to face tough opposition in first-time grand finalists Melbourne City. The club founded as Melbourne Heart back in 2009 is enjoying its best campaign. Producing three wins and a draw since the season restart, that included a 2-0 win over Sydney FC to help them sew up second spot on the ladder.

Kick-off between Sydney FC and Melbourne City is at 6:30pm AEST on Sunday 30 August. The grand final will be played at Bankwest Stadium.

Your only options for watching this year's finale live are through Kayo Sports, Foxtel iQ and Foxtel Now. There is no live free-to-air coverage of the grand final anywhere in Australia. The ABC will show the game, but it will be on a two-hour delay. It is also being shown in SD, not in HD, and it is on secondary channel ABCME.

We have detailed information on watching this year's A-League competition here.

Our pick for the best A-League streaming experience is Kayo. Shown live and in HD, there are no ad breaks during play and Kayo has a number of additional, unique features. Kayo shows over 50 sports in total including a variety of exclusive content. Right now users can take advantage of a 14-day free trial to give it all a trial.

After that Kayo is just $25/month for a basic subscription or $35/month for the premium option. The only difference is basic allows you to stream from two devices at once and premium offers a third.

We have a detailed review of Kayo Sports to answer any additional questions. The service is compatible with PC, Mac, iOS, Android, Apple TV, Telstra TV, Android TV, Chromecast and Samsung TV (2017 or later).

Most importantly Kayo is the only way to get Fox Sports without Foxtel. We've also got a Foxtel vs Kayo Sports guide to help you decide which service best fits your needs.

Another option for streaming the game is through Foxtel's digital service, Foxtel Now. It will cost you $54/month as you need to subscribe to the Essentials pack in addition to the Sport pack.

As mentioned, you can watch the decider on free-to-air TV. But it is on a two-hour delay on ABCME. Only Foxtel and Kayo have access to all of this year's finals series live.

This really is a dream grand final between this year's most entertaining teams. They scored an equal-league high 49 goals apiece, although the Sky Blues had a significantly better defensive record. Sydney did have a poor return once the season resumed from the pandemic interruption, winning just one of their six matches. But they found form in their impressive semi-final victory over Perth Glory.

City only had three games remaining in their regular season upon the resumption. With two wins and a draw, they secured second spot in style before knocking over debutants Western United in their semi-final. A-League grand finals are often a coin toss and there is a history of upsets. Fox Sports analyst and ex-Socceroo Mark Bosnich has tipped a City win in the finale. But we think the Sky Blues will create history, we'll say 2-1 with a late sealer to add to the drama.