Stranger Things vs Obi-Wan Kenobi: Is it the biggest day in streaming history? 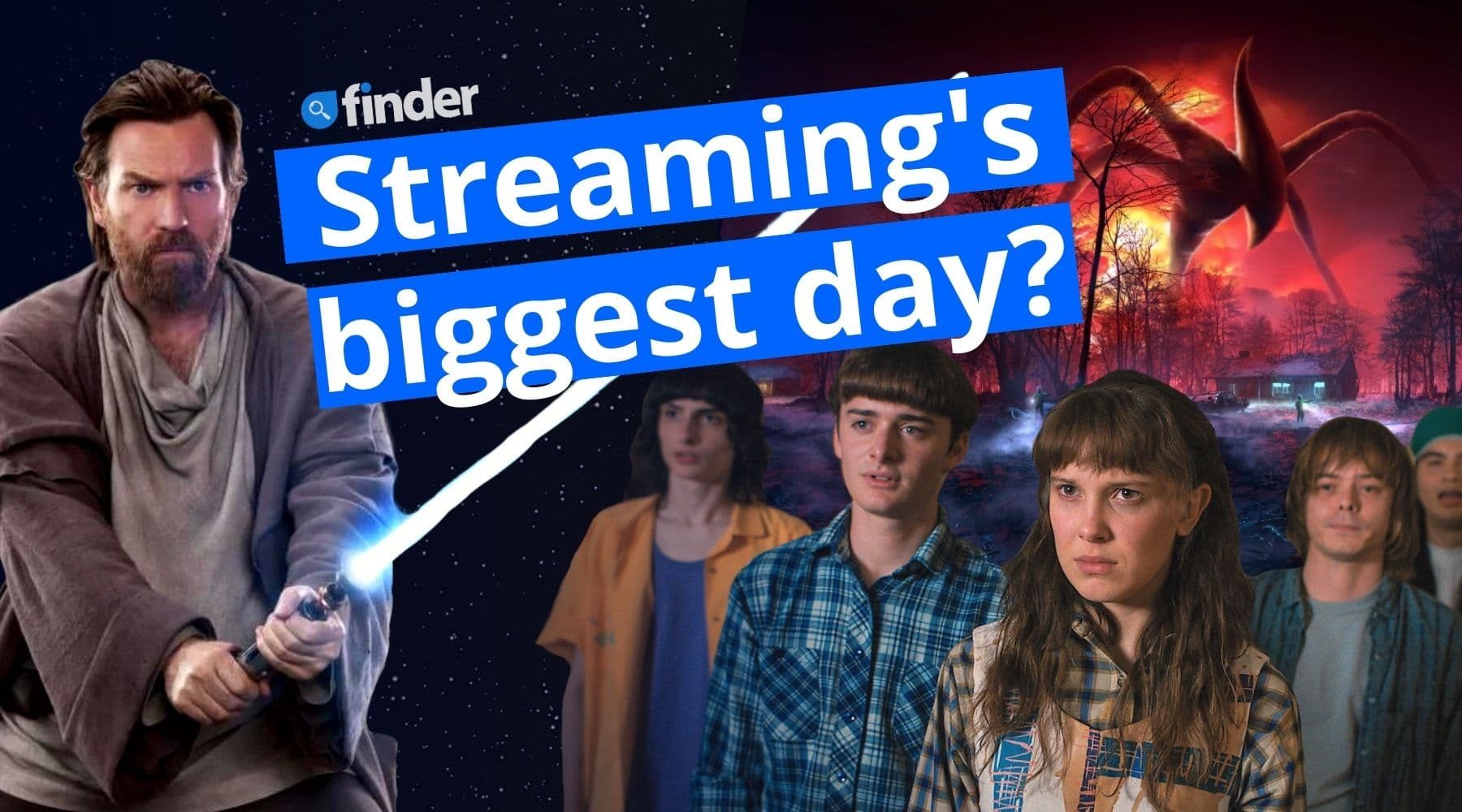 It's lightsabers vs the Upside Down, Jedis vs Demogorgons, Disney vs Netflix subscribers and a share price battle.

Today looks much more like a TV battle than something we'd associate with streaming. The biggest streaming services in the world, Disney Plus and Netflix, are going head to head with arguably their 2 biggest shows.

It's extremely unusual to see this happening in the world of streaming given they don't need to worry about the same time slots as free-to-air. This is like when Channel 7 puts The Voice up against Channel 9's The Block. Except on this occasion, it's on a global scale.

Disney even moved the release of Obi-Wan originally from 25 May. To date, it typically releases its big shows on Wednesdays.

While some will point out that it seemed obvious due to Star Wars Celebration taking place today, others will theorise that with Disney's continued strong streaming growth and Netflix losing subscribers, Disney Plus is trying to land a blow.

Even on the day of the release, Disney Plus still wasn't finished with release changes. Originally scheduled to go out at midnight Pacific time, Obi-Wan Kenobi's release was bumped up by 3 hours. For Australians, that meant Obi-Wan Kenobi becomes available at 2pm AEST instead of 5pm. Stranger Things is technically the second-biggest English language show of all time on Netflix.

Based on the very limited data that Netflix releases into its viewership, season 3 of Stranger Things ranked as its fourth-biggest show of all time with over 583 million hours viewed. It's only beaten by Squid Game, Bridgerton and Money Heist.

However, that data only accumulates for the first 28 days of the show. Those who were late to the Netflix party will have undoubtedly caught up on seasons 1 and 2 of Stranger Things over time. 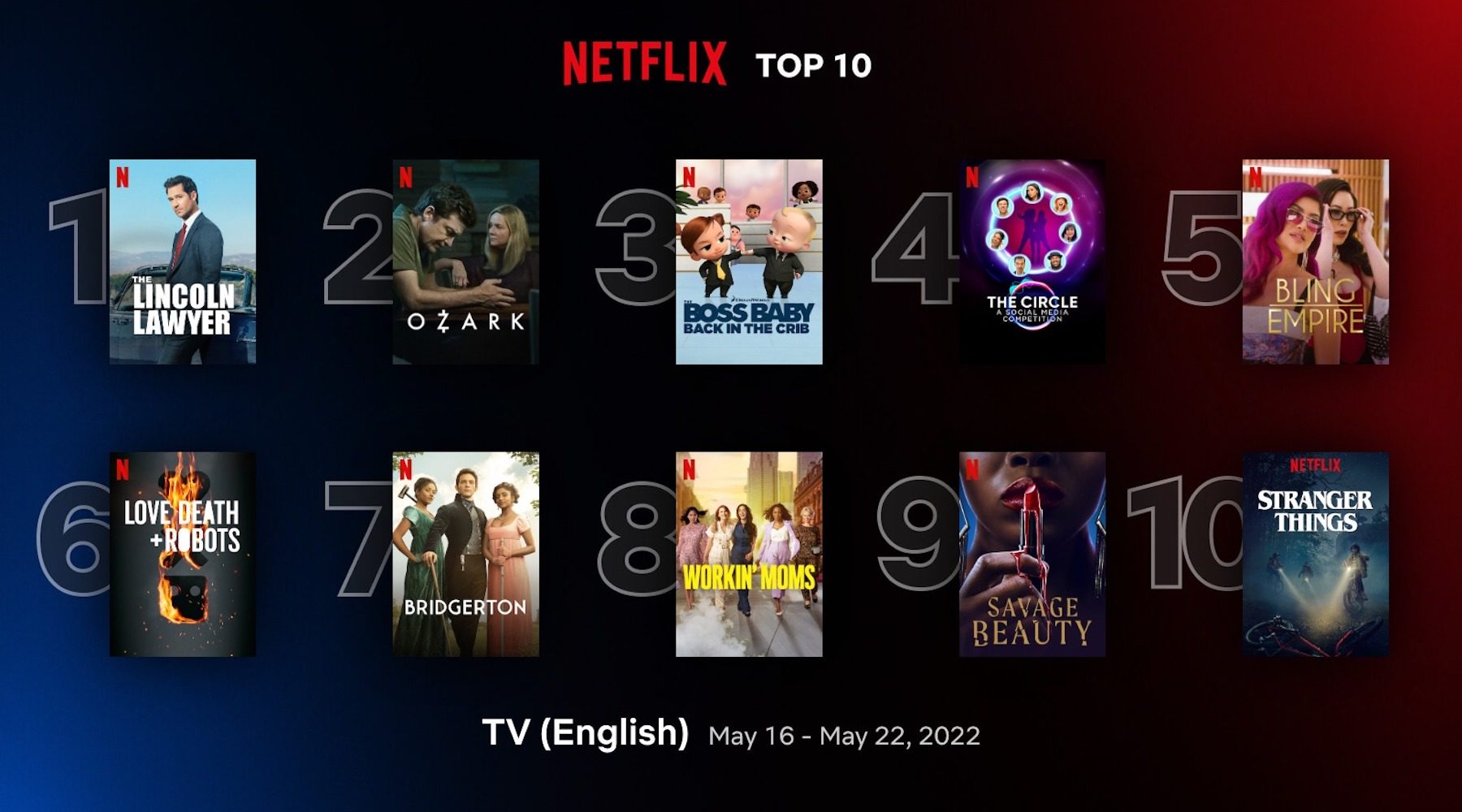 Interestingly, if we look at more of the real-time data in the image above, despite season 4 being about to drop, Stranger Things is still being beat in English-speaking countries by the likes of Bridgerton, which had season 2 come out over 2 months ago.

Disney Plus has a trending section, but it doesn't quantify them as Netflix does with popularity. Disney Plus is still not even 3 years old and has largely relied on legacy content from launch, so it's hard to read much into its shows' popularity.

While there are plenty of new shows being developed for Disney Plus, at this stage The Mandalorian has beaten everything. An article from the Hollywood Reporter has viewership of seasons 1 and 2 combining for over 13.8 billion hours.

While the viewership data is sourced from a much larger range (from November 2019 to the end of 2021), it's still a whole lot more than Stranger Things. It also doesn't account for The Mandalorian being the most pirated show of 2019, considering Disney Plus only existed in 6 countries when season 1 had finished airing.

So that at least gives us a reminder to how popular the Star Wars franchise is. Specifically, Obi-Wan has topped the charts on several Star Wars character polls too. Given they're online votes though, we can't completely rely on that. However, it is a pretty good indicator that the new series should hit higher levels than Mando.

As of 4pm AEST, Google Trends' real-time search feature had the topics Netflix, Stranger Things and Peaky Blinders combined as the fifth most popular search in the US.

Disney Plus, Star Wars, Obi-Wan Kenobi and Ewan McGregor were also all grouped together but only ranked seventh in the US.

So Netflix can claim victory here especially given Obi-Wan had already released at that point in time and Stranger Things was still to come.

It's early days with 1 show debuting and the other having its fourth season release. The performance of both is likely to have a major effect on the global streaming market.

The smaller impact of that is differing release schedules, with streamers ensuring they aren't feeding a new show to the wolves.

But the bigger impact is that Disney can take the crown as the biggest streaming service in the world by subscribers. The Netflix and Disney (DIS) share prices are a little more complicated. Given what loss of subscribers did to the Netflix (NFLX) share price, winning the streaming battle with premium content is going to be a key battle.

Want to see more of the biggest streaming battle? Check our Netflix vs Disney Plus comparison.