Stop and give-way intersections most dangerous for cyclists 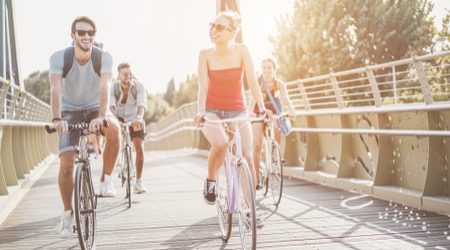 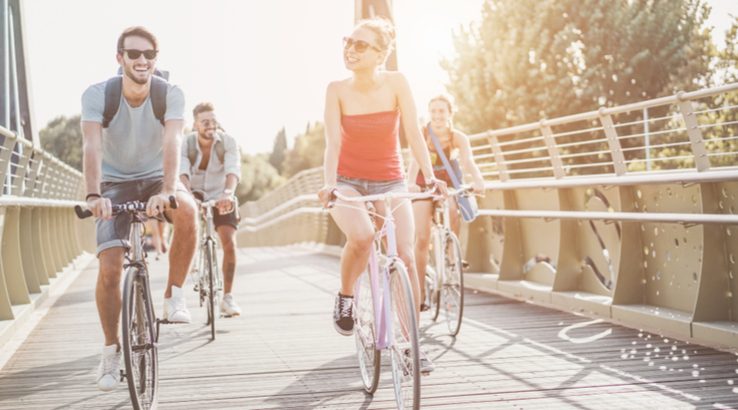 More cyclists hurt at signed intersections and those with traffic lights.

Cyclist and motor vehicle collisions result in more serious injuries around intersections with stop or give-way signs versus signal controlled roads and those without signage, according to a Queensland University of Technology (QUT) study.

Rabbani Rash-ha Wahi, a PhD researcher from QUT’s Centre for Accident Research and Road Safety - Queensland (CARRS-Q), pored over 13 years worth of Queensland police accident records. In total, he analysed 5,388 individual police reports for Queensland intersections from 2002 to 2014. He was then able to correlate the effect that different junction types have on the injury severity in car/cyclist crashes, discovering 45.6% happened at signed junctions.

“Many studies have identified factors that contribute to bicycle-motor vehicle (BMV) crashes, but little is known about determinants of cyclist injury severity under different traffic control measures at intersections,” Professor Haworth said.

Wahi gave one reason as to why more accidents happen at junctions with signage or lights.

“In most cases, the bicycle and motor vehicle were approaching each other at right angles and possibly collisions occur because drivers have difficulty with judging gap sizes and speed before deciding whether to enter from the minor road or perform a turning manoeuvre,” said Wahi.

Hills and undulations also played a part in BMVs.

“It may be that cyclists and drivers can’t see each other until too late because of the crests and dips, or that they were travelling faster,” Wahi explained.

“Speed zone appears to have influenced injury severity only at Stop/Give-way signs and may reflect differences in intersection design rather than speed limits as such,” he said.

“The large number of bicycle motor-vehicle crashes at four-way intersections with traffic lights suggested that cyclists may not have enough time to cross the intersection before motorised cross traffic receives a green light, possibly because signal timing is often based on motor-vehicle speeds,” said Wahi.

In addition, the report noted that while most crashes happen on dry days, when the roads become wet, injury severity increases. Riders sustained trauma more frequently on urban roads than rural ones.

Police reports pinned the blame on drivers in 63.6% of cases. Vehicle operators caused the most accidents at Stop or Give-way intersections. But, when it comes to signal-controlled junctions, the fault was equally distributed between cyclists and motorists.

Cyclists most at risk

Cyclists aged between 40-49 and those over 60 years old suffered the worst injuries. Cyclists in the 25 to 39 age group experienced 29.5% of the total crashes. Unsurprisingly, those who opted not to wear head protection also received grave injuries. 80% of riders were male. 1.6% of hurt bike riders had been drinking alcohol.

When travelling on your bike, take precautions. Wear a helmet and make sure you’re visible with proper lighting on your bike. Expect other road users to do the unthinkable and never presume a vehicle driver has seen you. You may also consider getting bicycle insurance, covering yourself for injuries and damage to your wheels.