The quest for the perfect gaming headset is a long and arduous one, but if you're an Xbox-only kinda person, then the search may be over with the SteelSeries Arctis 9X wireless headphones.

I've used dozens, if not hundreds, of gaming headsets over the years and I can't remember ever using a wireless headset I liked more than this one. It ticks basically every box.

With an RRP of $380, you have to really like playing Xbox with a headset, but these absolutely justify the price. They're so comfortable. The ear cups are like clouds, and the headband feels like your crush is gently, lovingly, cradling your skull, thanks to the ski goggle sling. Even after hours of play, it's still like an angel is gently caressing my hair.

The Arctis 9X Wireless headphones have been out for a little over a year now and sit towards the top end of the market. Looking at the current range at JB Hi-Fi, the most expensive headset is the Pro version at $599, while the cheapest headset is $29, so up to $380 for the Arctis 9X Wireless puts it nicely in the upper-middle of the pack.

Its closest rival would be the SteelSeries Arctis 7 Wireless, which is $20 cheaper and compatible with more consoles. The difference between the two being that the 7 needs a dongle to be plugged into the console or phone, while the 9X uses Bluetooth 4.1 and Xbox Wireless for a fully wireless connection. The aesthetics of the Arctis 9X Wireless are delightfully understated. So many gaming headsets try to look Gamer™ with enough chrome accents and RGB lighting to have them mistaken for a gothic car wash or a kebab stand.

There is still an element of that in the green and black design on the ski goggle headband, but other than that, they just look like pretty generic black headphones with a retractable boom mic. Do they look cool? No. But it's hard for over ear cans to look cool these days, so that's not their fault.

What they are is light and comfortable. In the design process, the folks behind them have really emphasised comfort and ease of use over looks, which makes sense for a device you're most likely going to be using when you're home alone. That said, you could still use them to listen to music on the train or take a Zoom meeting and not look too daggy.

The construction materials are plastic (but a nice, solid, matte plastic), an elastic material to soften the metal headband and fabric AirWeave cushions that kept my ears and head dry for hours on end, even on a hot day. 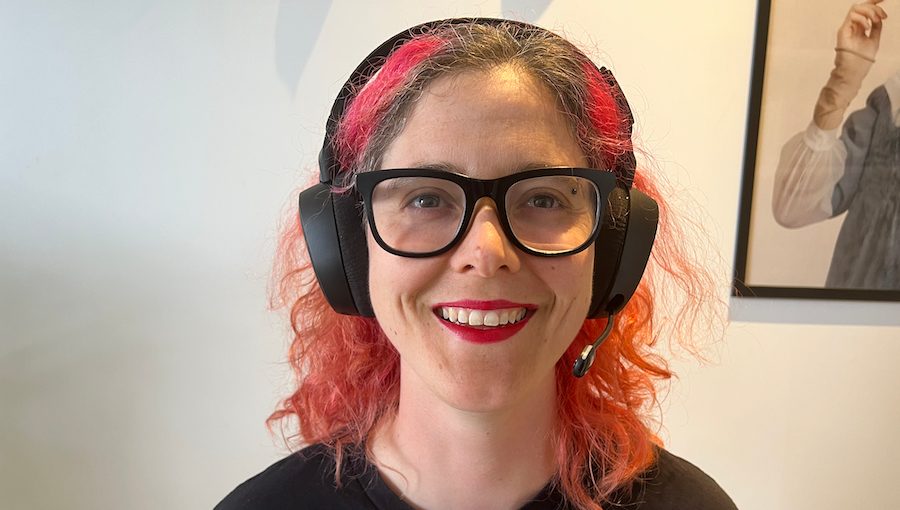 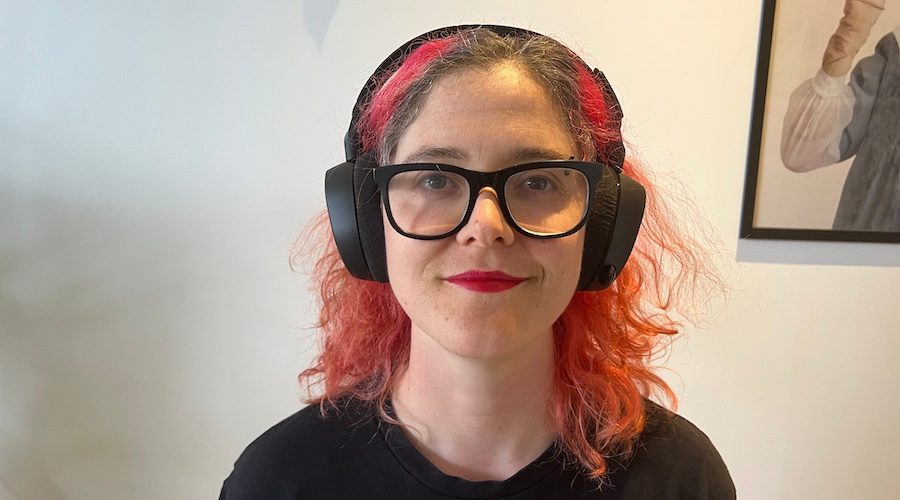 The functionality of the design is great because it's easy to get to all the buttons and dials. The microphone mute button is nice and big, and the dials for chat/audio mixer and overall volume are on different ears, so it's difficult to get them mixed up.

The one problem I have with the design is the microphone light – why would it light up red to tell me I'm on mute, instead of having a light to indicate the mic was on? I know it's six of one, half a dozen of the other, but warning about a hot mic is generally more useful than warning about a cold one. But I guess it depends on what kinds of games you're playing and how communicative you are.

Set up is super easy because you just set it up as you would normally set up an Xbox controller, and then you hold down the Bluetooth button to put it in pairing mode to connect your phone for music.

It also seems pretty durable, thanks to the metal headband. I've dropped them on the floor and accidentally sat on them a couple of times and they don't seem to have suffered any ill effects. I wouldn't want to yank too hard on the microphone, but otherwise, it's fine.

In terms of battery life, SteelSeries claims it'll last 20 hours, which is a little less than some competitors (but likely more than you'll ever need for a single sitting). I haven't had it die on me during a gaming session yet and just charge it around once a week. 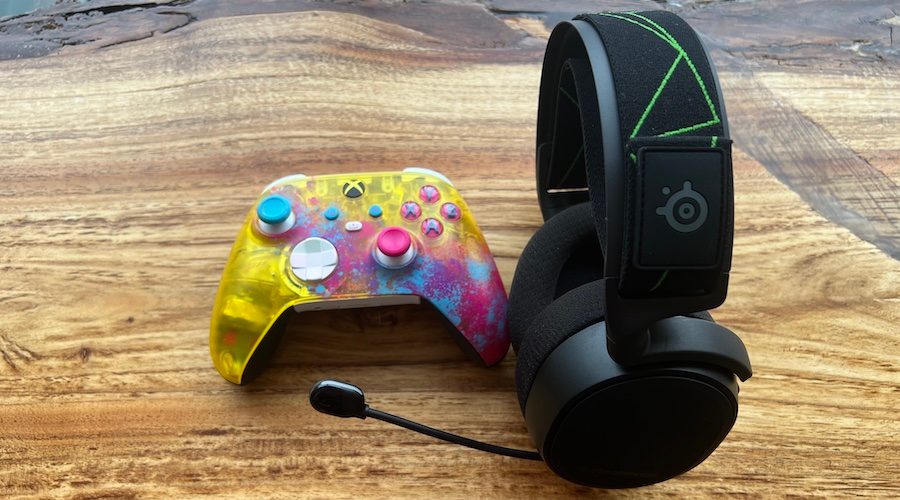 One of the cool things about the Arctis 9X Wireless using Xbox Wireless is that turning them on automatically turns on Xbox, just like a controller. It does mean you can't just use them as Bluetooth headphones at home without turning on your Xbox, but it is still kinda neat.

The most important thing when it comes to headphones is that they sound great, and whew boy, do they sound great. The spatial audio made a big difference to the way I played Forza Horizon 5 because I could hear which side a car was coming up on me from, so I could take evasive action. Everything sounded like it was where it should be and made games even more immersive.

Music sounds great on them, everything comes through clearly on the Xbox Wireless connection, though the bass is lower than you'd usually expect on a gaming headset. Listening to "Full Heart Fancy" by Lucky Chops just sounds so joyful, and the sousaphone, trumpet, saxophone and soft snare drum come through nice and even.

Music isn't quite as full as I'd usually hope over Bluetooth. There is a bit of a hollow emptiness in "Burn It All Down" by Pvris. The details are there, but it's like the background is blurred.

The music sounds much fuller and more detailed on Xbox Wireless (which makes sense, since that's what it was designed for). On Bluetooth, a delicate song like "2 O'clock" by Kaki King doesn't so much sound like it's missing its spine, but it does have a spot of scoliosis. Meanwhile, over the Xbox Wireless connection, I can hear how her fingers move over the body of the guitar. Being able to listen to your music over Bluetooth while playing a game is wonderful, and still not a ubiquitous feature, so it is a real standout. It also means you can chat over Discord or something if you don't want to use the in-game chat. It does sound on par with what you'd expect from a sub-$350 pair of over ear wireless headphones, but I do wish the Bluetooth audio quality was a touch better. Noise cancelling would have been nice, too, but probably not needed for the majority of users. 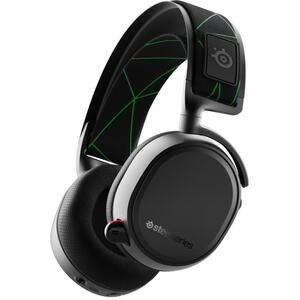 Battery Life
Up to Up to 20 hours hours