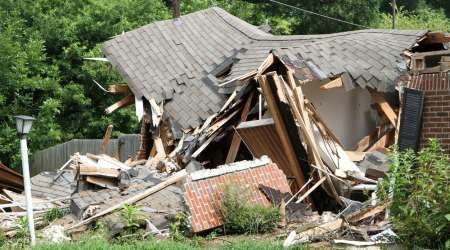 There's a lack of non-apartment housing, and the government blames the states.

The government will push states to remove unnecessary residential land use planning regulations that are impeding the supply of housing, Treasurer Scott Morrison will say in a major speech acknowledging the pressing issue of housing affordability.

Addressing the Urban Development Institute of Australia on Monday Morrison will say that improving affordability "right across the housing spectrum must … be a key policy goal for governments at all levels".

Developing a sensible policy requires separation of the forces that have caused prices to increase, he will argue. "Of all the determinants of house prices in Australia, whether cyclical or structural, the most important factor behind rising prices has been the long running impediments to the supply side of the market.

"This not only relates to the volume of supply but also the responsiveness, flexibility, diversity and composition of that supply, as housing needs becomes more complex.

"A period of weak residential construction in the mid to late 2000s left many markets undersupplied, especially in NSW."

While a large volume of construction is now coming through and much more is anticipated, not all is in the right place or of the right type, Morrison will say.

"Whilst Sydney, Melbourne and Brisbane have record supply, most of this is in the inner city apartment market … Unfortunately, we are still seeing a muted supply of detached housing in other parts of our cities."

Morrison will list supply side constraints as including "complex land planning and development regulation; insufficient land release; the planning, cost and availability of infrastructure provision; transaction and betterment taxes; public attitudes towards urban infill; and, for Sydney in particular, physical geographic constraints."

State governments could do a lot to improve planning processes and the provision of infrastructure, he will say.

He will instance developers telling Treasury about increasing development times including one case on Melbourne's outskirts where it took 12 years for a project to go from land acquisition to a new suburb.

"This is how long it took for the land to be rezoned and for the developer to meet the onerous hurdles required in construction.

"While some construction standards are important for maintaining the safety and quality of newly constructed dwellings, some of these hurdles sounded almost farcical. For example the Melbourne developer wasn't permitted to design the shopping precinct of the new suburb they had built because the Victorian government required that their own architects did the work (and at their own pace).

"So even though there have been some signs of a supply response in recent years, particularly in inner-city apartments, more needs to be done to ensure that supply increases more broadly – both in terms of location and type of dwelling – and that the roadblocks to this increased supply are removed."

This will be a focus of Morrison's discussions at the next Council on Federal Financial Relations in early December.

The proportion of Australian households owning or paying off their home has fallen from 71% to 67% over the past 20 years.

The proportion of home owners aged over 45 with a mortgage has increased significantly in that time.

"It's taking longer for people to own their own home and be free of their mortgage. This trend has the potential to undermine retirement incomes, with superannuation cashed in on retirement to clear the mortgage or having mortgage costs eating into retirement income or undermining their ability to save more as they approach retirement," Morrison will say. Housing un-affordability thus has a "cascading impact".

Morrison will point to the "real pinch point" – being able to get into the market in the first place.

"As house prices have risen relative to incomes, this is making it more difficult for first home buyers to keep up and save an adequate deposit," he will say.

"The proportion of home loans that are being provided to first home buyers was 13.4% in August 2016, the lowest point since February 2004 and well below its long term average of 19.4%.

"In aggregate, across the country, a 20% deposit on the nationwide median home loan is more than 100% of annual household disposable income. This is slightly above the decade average, but well above the 60% levels that were the norm prior to 2000," Morrison will say.

"The market is getting away from people. No matter how hard they work or save or even earn, they are finding it harder and harder to get into the market."

But "the key to addressing housing affordability is not to crash the housing market. Rather the objective is to have housing policies that mitigate the artificial inflation of asset prices, ensure that supply is not restricted from responding to genuine demand and that enable homebuyers, through their own efforts, to make more rapid progress to being able to enter the market".

On the issue of the looming glut in inner city apartments, Morrison will say that "notwithstanding some regional risks, the current construction cycle would likely have to run-up faster and continue for longer before over-supply became a nationwide macroeconomic risk.

"That is not to say that the size and length of the current construction boom won't warrant attention in the coming months and years. Policy makers are very cognisant of the risks and have been doing something about it."

Michelle Grattan is Professorial Fellow at University of Canberra. This article was originally published on The Conversation. Read the original article.