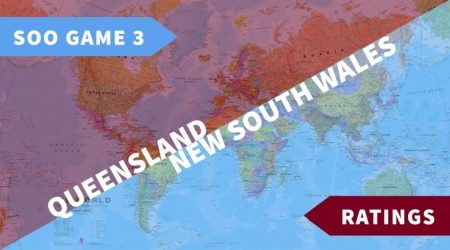 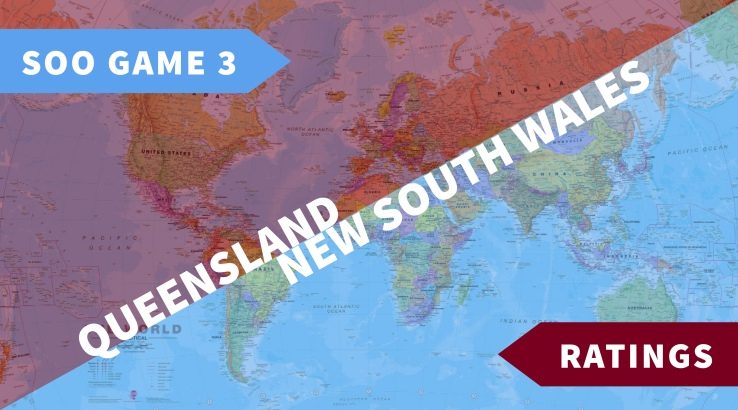 What a game! It swung one way, then it swung the other. The scores were level at the start, even at half-time and even deep into the 79th minute. Then with one final throw of the dice, State of Origin redemption came to Mitchell Pearce.

Pearce threw a risky long ball, ripe for interception, over the head of a Queensland defender to Tom "Turbo" Trbojevic, who shot it out to another player seeking State of Origin redemption in Blake Fergusson. Fergo danced down the touchline, millimetres away from going out, before finding man-of-the-series James Tedesco on the inside for the game-sealing, series-sealing (dynasty-sealing?) try. Wow!

For the home crowd of screaming NSW Blues fans, it was an explosive moment in time that will never be forgotten. For the Queensland Maroons players and the dedicated outcrop of fans who made the trip south to ANZ Stadium, it was heartbreak.

But who were the best players on the park? As sponsors of the NRL (and rugby league tragics), the team at Finder created the ultimate player performance rating algorithm. It converts all aspects of a player's game, including possessions, average run metres, missed tackles and line-break assists, then applies a score to them. Some positive, some negative. Each have been accentuated for the Origin arena, where certain stats are a lot harder to earn than they are in club land and certain mistakes far costlier.

How to watch State of Origin Game 3 replay online

It's got a great Netflix-inspired user interface and a host of unique sport-specific viewing features that armchair coaches will love. You can check out a more detailed review or jump straight into a 14-day free trial and watch a State of Origin Game 3 replay on any device right now.

Below you will find all the player performances from State of Origin Game 3 as ranked per the algorithm we mentioned above. Note that we have supplied a game rank and an overall rank. The latter refers to how that performance compares with every other performance in State of Origin history, of which there have been 3,852!

For reference, the average score by a State of Origin player across all those performances is 55, so anything over 100 is huge. The best score ever is 222 – you'll never guess who it was.