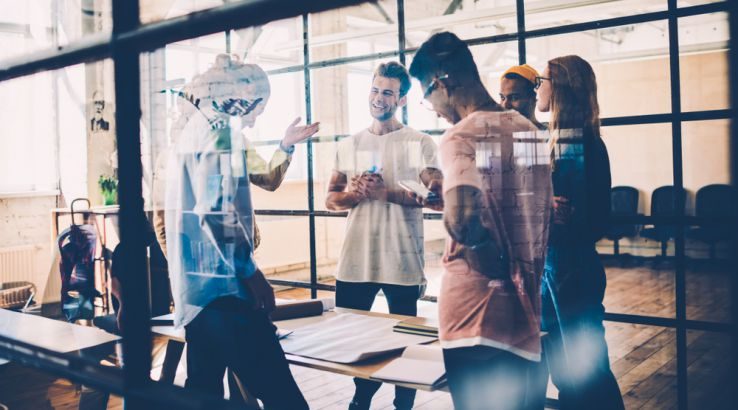 Startup Muster's 2018 report has found the number of women founding startups to be lower than it was in 2016.

The Startup Muster 2018 survey, which provides a comprehensive snapshot of Australia's startup ecosystem, has found the glass ceiling has remained well and truly in place this past year. Male founders currently represent 77.1% of Australia's startup ecosystem, with female founders only making up 22.3%. This is compared to female founders representing 25.4% in 2017's survey results and 23.5% in 2016. This year's results break the five-year record of increases of female representation in startup founders. 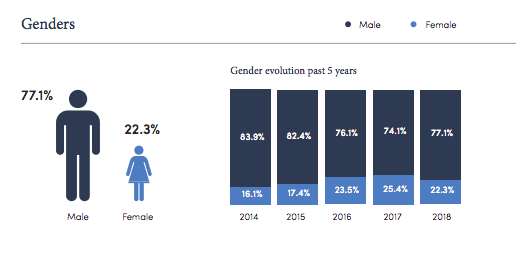 While the number of future female founders is 37.1% for 2018, this is not much of an increase from 2017 where it was 37.0%. All "future founders" along with the current founders are validated by the Startup Muster team before being included in the survey results. All in all, out of answers provided by 1,617 startup founders, 803 future founders and 1,056 startup supporters, the survey results are comprised of answers from 777 verified founders, 321 verified future founders and 654 verified startup supporters. While it provides a smaller sample size, it also gives the answers and data more weight.

Speaking about the results, CEO of Zuper Jess Ellerm said "female founders rarely just happen" but that there may be other useful metrics to measure.

"A data point the industry could be capturing more systematically is how many women are pitching for funding versus men and the relative proportion that then get funded," Ellerm said. "Maybe this would shed some light on whether this is or isn't an underlying structural issue for founder diversity?"

Interestingly, the biggest barrier to founding a startup was life circumstances that require a stable income, which was identified by 37.5% of respondents. This was followed by having financial dependents such as children or a mortgage, identified by 32.4% of startups. 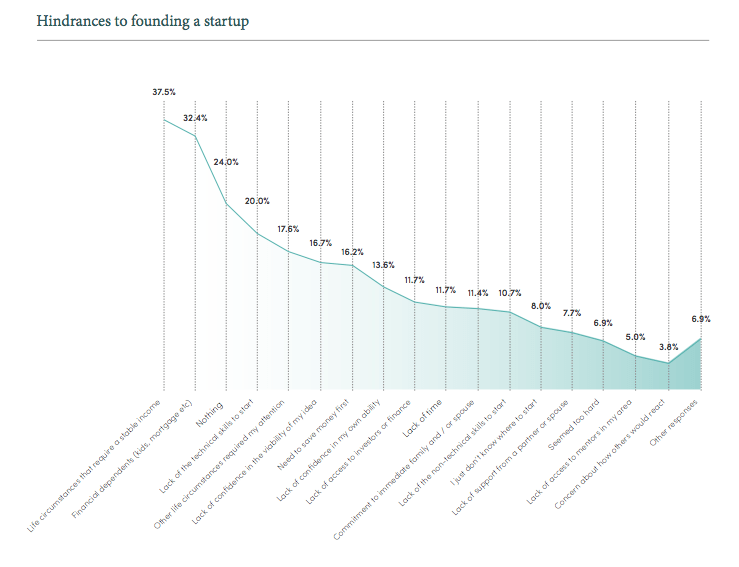 Ellerm said these hindrances are structural issues for a society "that even the startup sector, for all of its drive and enthusiasm, is going to struggle to overcome."

"Maybe the prominent voices in this space need to be louder on this front. We hear a lot on the Visa issue for skilled migrants, but no one really sticks their neck out for more homegrown issues like this one," she said.

For Ellerm, the change is going to come from within the ecosystem.

"If you're a fintech startup and you don't have a 50:50 balance, be part of helping change that, by making sure you've got the balance today. If we truly collectively want to grow this ecosystem, that's what current founders will do."

Another interesting finding from the report is geographical. The number of startups that have converged on Sydney to set up their primary office has increased to the point where almost half of Australia's startups, 48.8%, are located there. This is a noticeable increase from 2017 where 39.4% of startups reported having their primary office in Sydney. There could be a few reasons for this, including the launch of the Sydney Startup Hub which now houses Stone & Chalk, Tank Stream Labs, Jobs for NSW and a raft of support and innovation structures and services for startups.

A spokesperson for the NSW Department of Industry said the increased number of startups in Sydney was a remarkable result.

"The NSW Government has been investing heavily to support the startup sector to cement NSW's position as the leading startup state, and to support jobs and businesses for the future, so it is great to see our position strengthened." 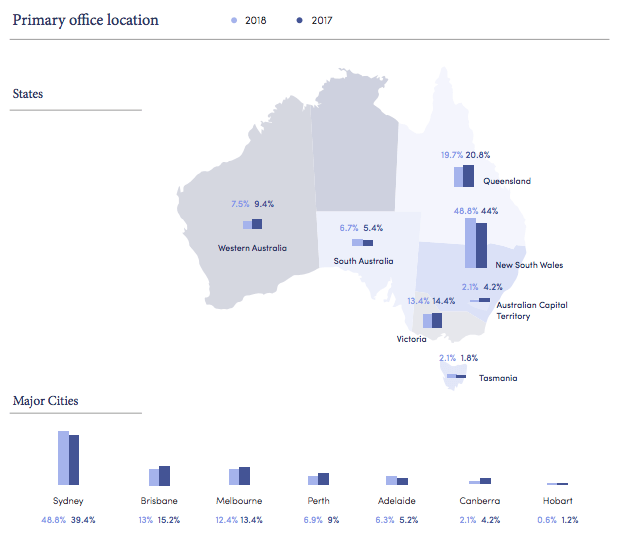 The Department of Industry spokesperson said that the Sydney Startup Hub was creating the right conditions for startups to thrive in NSW, other initiatives were in place to support regional entrepreneurs.

"Jobs for NSW also has two pilot programs for connecting 'clusters' of businesses from particular sectors to accelerate knowledge sharing and opportunities: the New England Agtech Cluster and the Western Sydney Health and Education Precinct."

"And if not, go and work for a high growth company as soon as you can, or another startup. Because you need to live inside one to realise what it takes to run one."