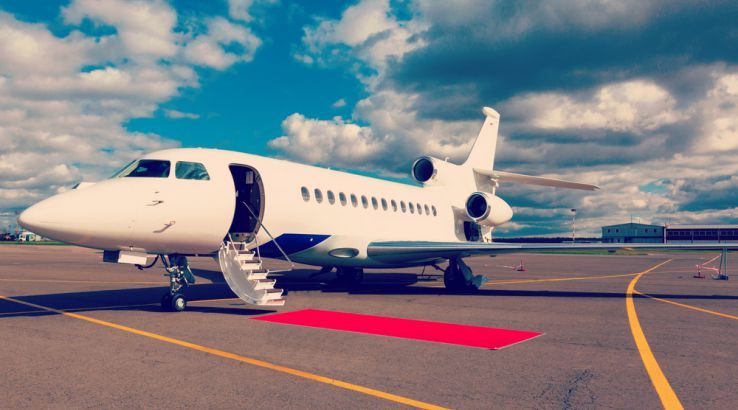 Airly lets you save up to 80% on selected private jet flights.

On a recent long weekend, I did what many people do and hopped on a plane to a nearby capital city. But this flight was a little different. My fellow passengers turned up 20 minutes before our plane took off. My pilot called a taxi for me midway through our flight. I shared freshly cut fruit with everyone on the plane, bar the pilots, but they did let me have a good look at the cockpit as they told me about which planes they preferred to fly.

This isn’t a new airline that has worked out the happiness formula for their passengers. I flew using startup Airly’s private jet booking platform, and it doesn’t cost nearly as much as you think.

Airly is able to offer heavily discounted private jet flights, up to 80%, by booking "empty legs". This is where an aircraft is used for a one-way charter and then returns back to its base empty. Flight costs vary, with Airly co-founder Luke Hampshire saying the pricing all comes down to the operator.

"We have several companies that list flights between Sydney and Essendon, for instance, and the price could vary from $1,000 for the entire 6-seat jet right up to $8,500 for a 13-seat heavy jet. The private jet industry is growing so when it comes to the frequency we'll never see anything super predictable and frequent just yet."

Members sign up to the platform and for the $99 annual fee can book flights as they choose. Airly sent me detailed flight information for my trip, including my pilot's phone number whom I could call if I was running late.

The flight I took was $295 per person – for comparison, my return flight with Jetstar was $222 – but the caveat is flexibility. There was only one flight to Melbourne that weekend and the next returning flight was the following weekend. You should also be prepared for flight time changes. While Hampshire noted the changes I experienced were not the norm, my flight was changed from 6:30pm to 3:30pm and then to 5pm.

However, considering the delays that can occur with traditional airlines and the comparative superior experience offered with Airly, the flexibility required is more than fine. 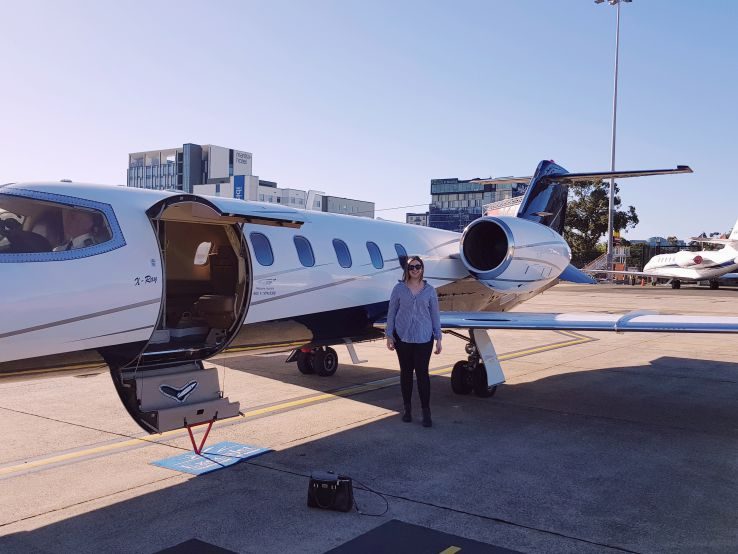 However, Hampshire says this should change as Airly grows.

"As our business develops we'll be able to bring some predictability and consistency to the empty leg market which will hopefully see prices steady and even have on-demand prices reduce as operators factor in our ability to sell their popular empty legs."

While the per person cost is quite low, Airly generally only sells the full aircraft. Hampshire says that you only need to get a couple of friends together to make it worthwhile.

On Airly's website, it encourages members to network in order to reduce expenses. The plane I flew in was a relatively small five-seater so this is entirely achievable for either business or personal group trips. My fellow flyers from Sydney to Melbourne were a family of four.

Hampshire says their members are from "all walks of life".

"We have C-level executives from ASX100 companies, country managers of global tech unicorns, founders from highly recognised tech companies, creatives, professionals, etc. Our female membership is growing too which is great to see as private aviation has always seemed to be a 'boys club'."

As the membership fee is only $99 per year, Hampshire says many are using it for one-off deals that suit them, but also notes that some members fly on-demand.

"[They] enjoy the super low (5%) margins compared to brokers (7-30%). A handful of members fly as often as they can on our city-to-city empty legs too."

I flew back to Sydney with Jetstar and let me tell you, that was quite a transition. I had to run through Melbourne Airport to find my gate, which was further than I had anticipated from the security check. My dinner was a pack of chips I'd purchased in a hurry from a vending machine to save buying costly snacks on the flight.

I was seated in an exit row, but the extra leg room did not appease me as I was forced to put all of my belongings in an overhead storage locker about six rows away. And as I walked off the plane (the fourth last person to do so) I thought that I wouldn't mind scheduling my holidays around empty legs and finding people to share the plane with.

The future for Airly

"Like any startup seeing strong traction there are so many directions we can go," says Hampshire. "On-demand is growing exponentially but we really see ourselves as a global empty leg membership...The amount of empty legs available overseas grossly dwarf what's available in Australia, so we're working hard right now on growth and global opportunities."

"In saying that, it's also rewarding to have a positive impact in the local market too. We've had members catch an empty leg for the first time and not even five minutes after landing will call us looking to book their first on-demand trip. Flying private is addictive; it's so convenient and calming. With thanks to platforms like ours, we're making it more attainable to those who can afford it but don't yet know it."