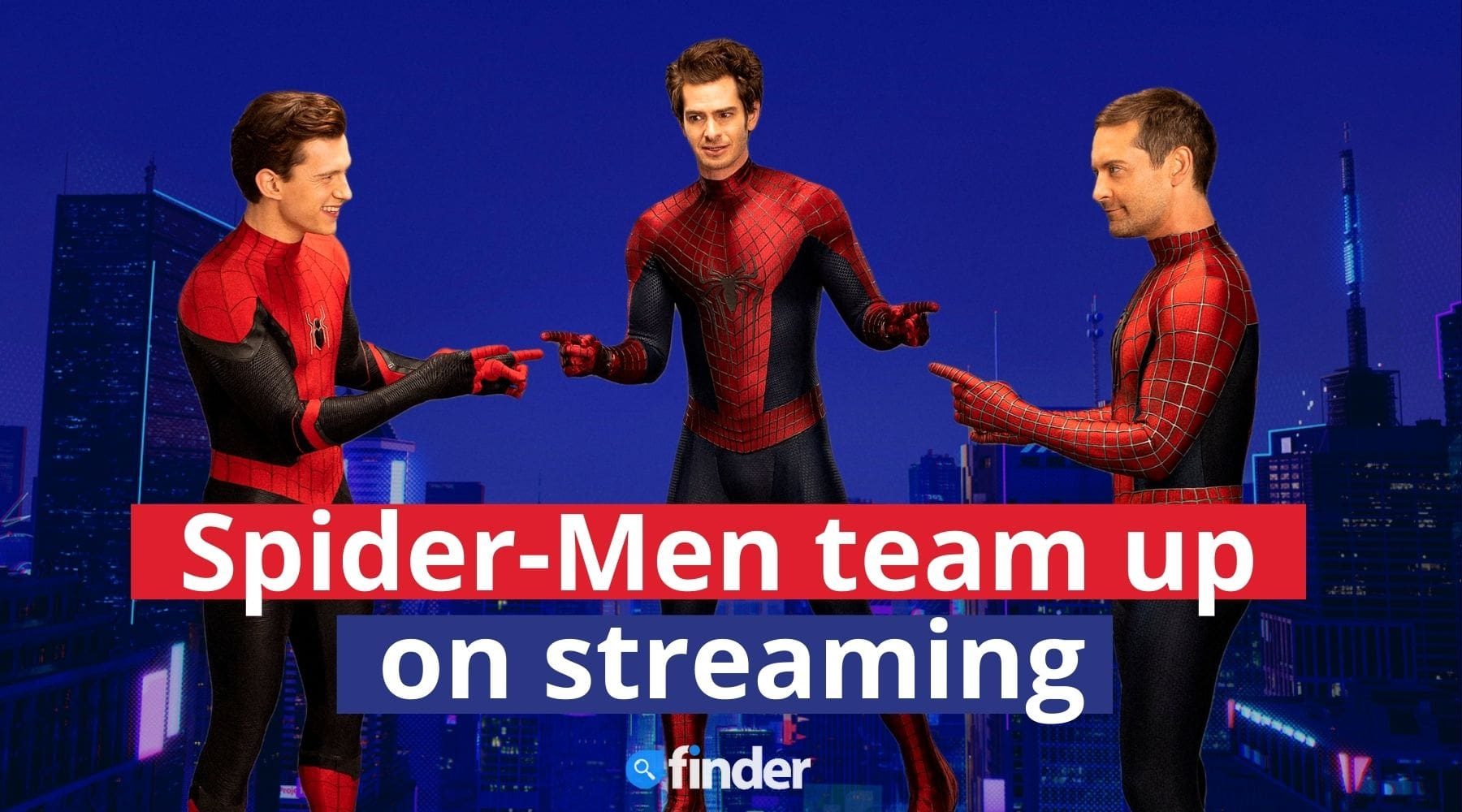 The SSU swings into the MCU.

The multiverse will break wide open as you can now watch nearly all of the Spider-Man films on Disney Plus. These include Sam Raimi's Spider-Man trilogy, the 2 Amazing Spider-Man reboots and Spider-Man: Homecoming.

Part of Sony's Spider-Man Universe (SSU), these are movies made by Sony Pictures, which has the licence to Spider-Man and related characters. This is separate from the Marvel Cinematic Universe (MCU), which makes movies and TV shows about nearly all other Marvel characters such as Iron Man, Thor and Black Widow. However, the 2 companies have in the past shared the character, allowing Spider-Man to appear in some MCU movies.

This means you can now watch nearly all Spider-Man movies alongside their MCU counterparts.

When can you watch Spider-Man movies on Disney Plus?

Most of Sony's Spider-Man Universe movies will drop on the streamer on Friday 17 June.

What Spider-Man movies are coming to Disney Plus?

You can watch three-quarters of the Spider-Man movies on Disney Plus. You will also get Venom and the animated Into The Spider-Verse.

The service streams most of the Marvel Cinematic Universe movies, as well as all the TV series set in this world. These include Loki, The Falcon and the Winter Soldier, WandaVision and more.

Here are the Sony Spider-Man Universe movies with their official synopses.

Average teenager Peter Parker is transformed into an extraordinary superhero after he is accidentally bitten by a radioactive spider. When his beloved uncle is savagely murdered during a robbery, young Peter vows to avenge his death. Deeming himself Spider-Man, he sets about ridding the streets of crime, bringing him into conflict with malevolent super-villain Green Goblin.

Tobey Maguire returns as the mild-mannered Peter Parker. He is juggling the delicate balance of his dual life as a college student and a superhuman crime fighter. Peter's life becomes even more complicated when he confronts a new nemesis, the brilliant Otto Octavius (Alfred Molina). He has been reincarnated as the maniacal and multi-tentacled Doc Ock. When Doc Ock kidnaps MJ (Kirsten Dunst), Spider-Man must swing back into action.

Peter Parker (Tobey Maguire) finally has the girl of his dreams, Mary Jane Watson (Kirsten Dunst). New York City is in the throes of Spider-mania. But when a strange alien symbiote turns Spider-Man's suit black, his darkest demons come to light, changing Spider-Man. Spider-Man is in for the fight of his life against a lethal mix of villains. They are the deadly Sandman (Thomas Haden Church), Venom (Topher Grace) and the New Goblin (James Franco). Plus, the enemy within himself.

A teenage Peter Parker (Andrew Garfield) grapples with both high school and amazing super-human crises as his alter-ego Spider-Man.

It's great to be Spider-Man (Andrew Garfield). For Peter Parker, there's no feeling quite like swinging between skyscrapers, embracing being the hero and spending time with Gwen (Emma Stone). But being Spider-Man comes at a price: only he can protect his fellow New Yorkers from the villains that threaten the city. With the emergence of Electro (Jamie Foxx), Peter must confront a foe far more powerful than himself. And as old friend Harry Osborn (Dane DeHaan) returns, Peter comes to realise that his enemies have 1 thing in common: Oscorp.

A young Peter Parker/Spider-Man (Tom Holland) begins to navigate his newfound identity as the web-slinging superhero. Thrilled by his experience with the Avengers, Peter returns home. He lives with his Aunt May (Marisa Tomei) under the watchful eye of mentor Tony Stark (Robert Downey Jr). Peter tries to fall back into his normal daily routine.

But he's distracted by proving himself to be more than just your friendly neighbourhood Spider-Man. When the Vulture (Michael Keaton) emerges as a new villain, everything that Peter holds most important will be threatened.

Phil Lord and Christopher Miller (The Lego Movie, 21 Jump Street) bring their talents to a fresh vision of a different Spider-Man Universe. It features a groundbreaking visual style that's the first of its kind. Spider-Man: Into the Spider-Verse introduces Brooklyn teen Miles Morales and the limitless possibilities of the Spider-Verse, where more than 1 can wear the mask.

The evolution story of Marvel's most enigmatic, complex and badass character – Venom! Eddie Brock (Tom Hardy) is a broken man after he loses everything, including his job and fiancée. Just when his life is at its lowest, he becomes host to an alien symbiote. This results in extraordinary superpowers, transforming him into Venom. Will these powers be enough for this new lethal protector to defeat great evil forces? Especially against the far stronger and more weaponised symbiote rival, Riot?

Watch almost all Spider-Man movies on Disney Plus: Sign up now

How can I watch other Spider-Man movies?

The keen-eyed among you would have noticed that some films in Sony's Spider-Man Universe are missing from the above list. You can still watch all the Spider-Man movies online, but you'll need different streaming services or to rent.

2019's Spider-Man: Far From Home is only available to stream on Netflix. Last year's Spider-Man: No Way Home is not available on streaming and you can only rent or buy it online. The same goes for Morbius.

Venom: Let There Be Carnage has just been made available to stream on Foxtel Now and Prime Video.

To stream movies on Foxtel Now, you need the Essentials base pack at $25 a month, along with the Movies pack at $20 a month. That means movies normally cost $45 a month to stream on Foxtel Now. Currently, Foxtel Now has a special where if you sign up for 12 months, you can get the Movies Plus pack for $29 a month. New users get a 10-day free trial.

Is Disney Plus the only way to watch Spider-Man movies?

If you want to stream most of them in the 1 place, with the bonus of them being alongside MCU movies, then yes. Take advantage of this window while you can though. As these aren't movies made directly by Marvel, chances are they'll leave Disney Plus at some point.

You're still able to watch Spider-Man movies on other streaming services if you don't have Disney Plus. BINGE, Foxtel Now and Netflix all have various Spider-Man films available to stream. It looks like they will be available on all those services for a while yet. The only place to stream Venom and Into The Spider-Verse currently though is on Disney Plus.

Spider-Man movies available to watch on BINGE and Foxtel Now

What other movies does Spider-Man appear in?

While the character has his own set of movies, Spider-Man has made an appearance in a variety of MCU films. These are Captain America: Civil War, Avengers: Infinity War and Avengers: Endgame. All 3 movies are available to stream on Disney Plus.