Sphero Mini review: Rolling has rarely been this much fun - finder.com.au

Sphero Mini review: Rolling has rarely been this much fun

Sphero's smallest robot is an ideal entry point to the world of rolling robots and a sneaky way to get your kids interested in programming as well.

Quick Verdict
The Sphero Mini's low cost and simple colourful construction makes it an easy recommendation, with plenty of depth in its programming and easy fun to be had, although some features such as face control are rather half-baked.

2017 has seen Sphero release a number of new droids and electronic toys in its lineup, from the superlative R2-D2 Droid to the rather more forgettable Spider-Man toy.

Still, it's called Sphero because its classical background is in toys with a round shape, and that's clearly where the Sphero Mini has sprung from. In essence, it's a smaller, lower cost version of the existing Sphero toys designed to act as a springboard to the larger devices. 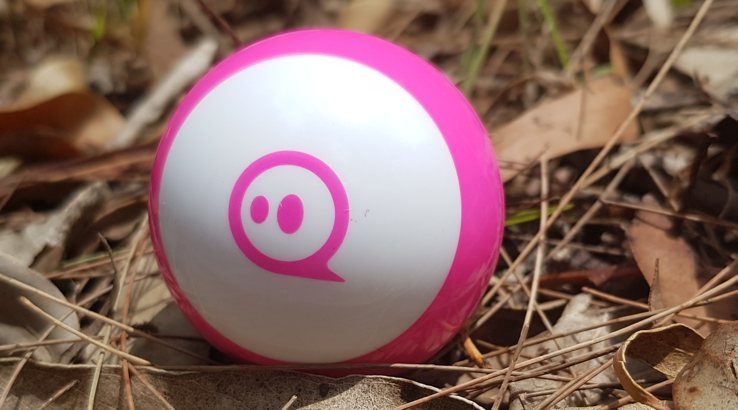 Do I really have to say that the Sphero Mini is round?

Oh, very well. The Sphero Mini is a small round ball robot with a 42mm diameter encased in an outer shell that's designed to pop off the robot for recharging purposes, as well as to enable you to see the cool gyroscopes lurking within that actually drive it. The shells are interchangeable, so you can make your Sphero Mini into just about any colour you'd like.

The appearance is roughly similar to a snooker ball, although you'd have to be very lucky to get away with using it in that fashion, because unless your opponent is very inept, they're going to notice when one (or more) of the balls veers wildly off track right when you seem to be playing with your phone.

Pop the shell off Sphero Mini and you expose the internals, including a standard microUSB connector for charging. Sphero Mini glows up while charging, and you can use the supplied app to change the LED to any colour you'd like.

Sphero Mini is tiny, but at 46 grams it's actually a little heavier than you might think when you pick it up. That's actually a good thing because it helps give what is otherwise a slick sphere an amount of torque for racing along floors, as well as a reasonably robust construction for the inevitable bumps and drops it's likely to encounter.

The one important caveat here is that unlike the larger Sphero droids, Sphero Mini isn't water resistant, which is a pity. 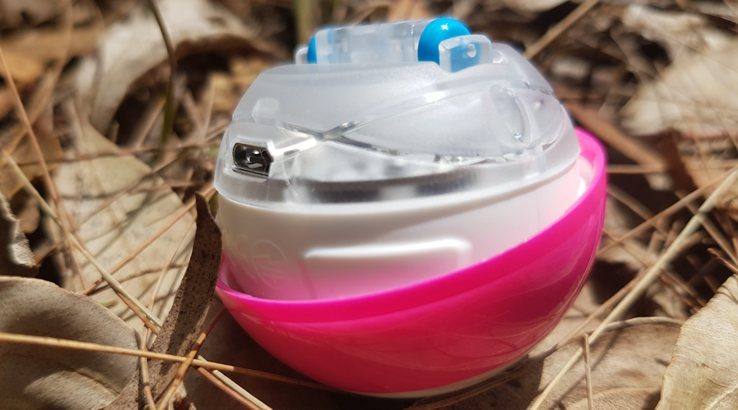 Sphero Mini pairs with a dedicated Sphero Mini app for iOS or Android, although it's also compatible with Sphero's Sphero Edu app for programming with Javascript.

When you first set up Sphero Mini you've got to align it to your viewpoint, which is handled quite elegantly with a glowing light on the Mini itself that you rotate until it's facing wherever you're standing or sitting while playing. That's your reference point for driving the Sphero Mini, and here you've got a few choices.

There's a standard joystick control that's mostly accurate, if a little crazy at full speed, and a slightly more accurate tilt control mechanism, which are advised over and above the more "wacky" control schemes that Sphero Mini also supports.

The headline feature includes "Face Drive" mode, where the camera in your device reads your expression to drive Sphero around. Maybe the app didn't like my face much, but I really struggled to get Sphero Mini to reliably drive with just my face. It's a cute gimmick, but it really doesn't work all that well, and the same is true of the noise-activated "Scream Drive" mode, where the level of ambient sound determines driving speed.

Sphero also incorporates three simple games into the Sphero Mini app that involve you using the ball itself as a virtual controller, rolling it around in your hand to dodge in a car, shoot from a spaceship or play virtual breakout in a hexagon. They're quite light games, and some younger players may struggle with the level of precision required.

Sphero's promise is that more games are due to come at a later date, but at the moment, they're nice but not an essential reason to buy a Sphero Mini.

A better argument lies in the fact that the Sphero Mini is the lowest-cost way to access Sphero's educational platform, Sphero Edu. This entails teaching youngsters to code using Sphero Mini as their controllable robot via Javascript commands. They're arranged in code blocks (think Scratch or any similar visual programming environment) and they're easy to modify, create and save with a Sphero Edu account.

Sphero has put considerable resources into the Sphero Edu platform, with a lot of sample code and lessons to teach. Sure, it's sneaky buying your kids a "fun" toy that also has an educational component, but sometimes it's fun being sneaky.

Plus, nobody said that you couldn't play with Sphero Mini yourself. Or at least, nobody until you get busted by your kids doing just that! 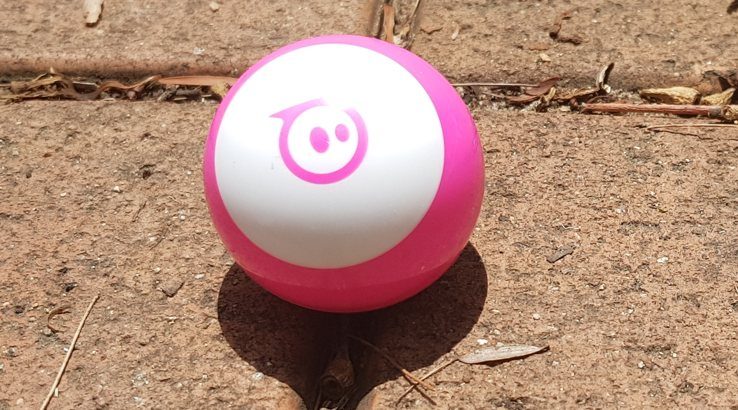 Sphero Mini is mini for a reason, but there's a price to pay here, and it's in overall battery life. Sphero rates the Sphero Mini's battery as around an hour's play from a full charge, and my own testing would agree with that.

Recharge time for a full battery charge is another hour, and that is a potential pain point if you get addicted to playing with Sphero Mini, or your kids do. Patience is not often a strong suit amongst the younger crowd, after all. 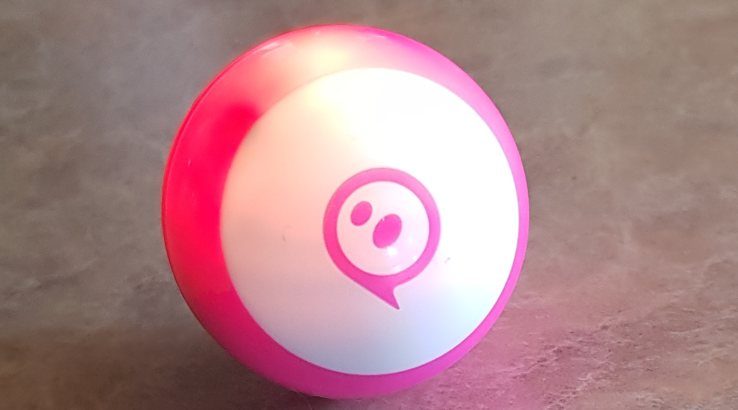 It's pretty hard not to like Sphero Mini, given it boils down years of experience in small round robots into an easy to afford package with a mix of fun remote control and educational experiences.

Sure, the Face and Scream Drive features don't work very well, and the battery will conk out after a while, but relative to other devices such as drones, you'll still be playing with Sphero Mini long after the flyers have given up due to lack of motive charge. 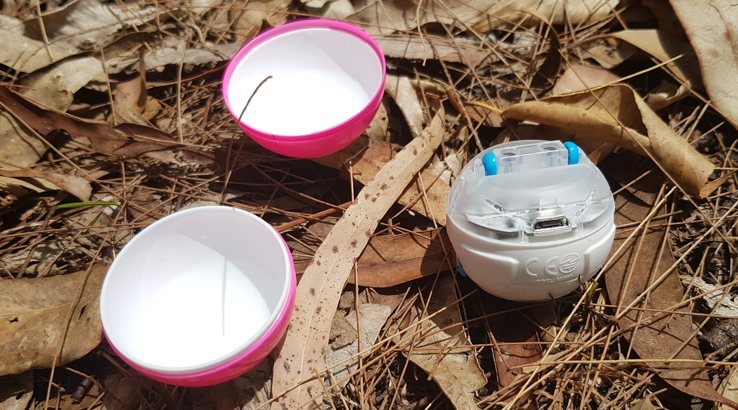 There's plenty of remote control toys you can buy, but Sphero's pretty much the brand when it comes to rolling robots, with everything from the full-sized Sphero orbs to explore, to its licensed properties such as the Lightning McQueen Car, BB-8/BB-9E droids or R2-D2 robot. Most of them operate interchangeably on the Sphero Edu platform too, so (budget permitting) it's pretty easy to build up a small army of rolling robots to play with.

What you do with them is up to you, but remember: Conquering the world is a whole lot of work, with plenty of paperwork to follow. It might be more fun just to play. 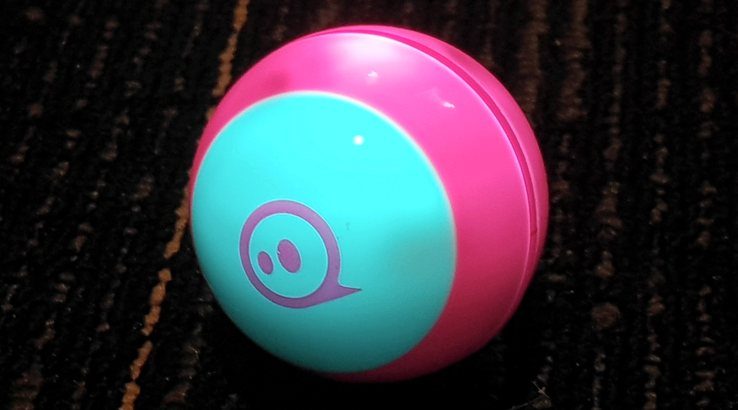 Sphero Mini: What the other reviewers say 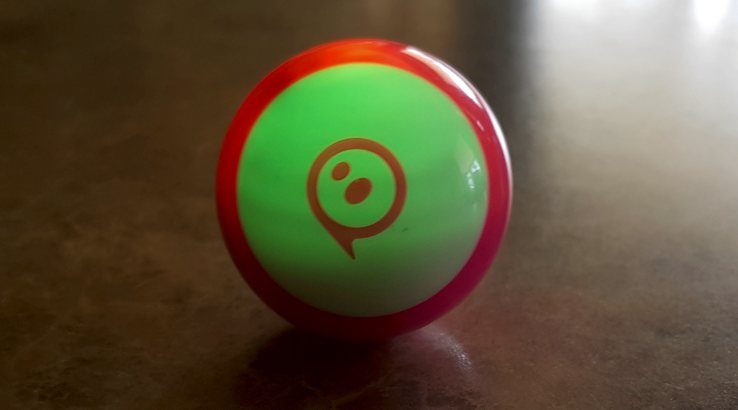