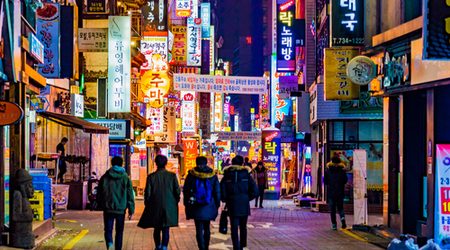 The timeline is vague, but implementation could see a surge of interest in ICO platforms like Ethereum.

South Korea is planning a move to re-legalise ICOs, Korea Times reports, reversing the soft ban that previously landed for residents of the country. The hard details released in the newest report shed further light on, and help confirm, some of the previous rumours floating around that South Korea would be reversing the ban.

ICOs, along with cross-border crypto payments, have remained under the hammer despite lawmakers in Korea walking back on their initial plans to regulate cryptocurrency on a broader scale.

South Korea might be one of the most cryptocurrency-enthusiastic countries around, and its popularity there has seen the more niche elements, such as ICOs and altcoins, become somewhat mainstream. As such, legalisation might be enough to move the needle on Ethereum prices, and other coins that plan on hosting their own ICOs, as demand for intermediary coins like ETH increases.

The move is being initiated by Representative Hong Eui-rak of the currently-in-power Democratic Party, and is backed up by 10 other lawmakers. The timeline is still vague, but they're reportedly aiming to have the bill endorsed sometime this year.

This is significant as the first parliamentary challenge to the government's ban on domestic initial coin offerings (ICOs) was imposed in late 2017, for the purposes of curbing speculative investment in cryptocurrency.

"The bill is aimed at legalizing ICOs under the government's supervision," Hong said during a forum on ICOs and blockchain technology at the National Assembly on Wednesday. He said the bill was based on a joint study by his office and the Korea International Trade Association (KITA). "The primary goal (of the legislation) is helping remove uncertainties facing blockchain-related businesses."

It's a decisive walk-back on the outright, but somewhat gently enforced, ICO ban for residents of South Korea, but it won't be a free for all.

The bill doesn't aim for unlimited ICOs, but instead encourages the ones initiated by appropriately registered public organisations, and research centres that are authentically committed to promoting and developing blockchain technology.

The allowed ICOs will be subject to strict scrutiny by the Financial Services Commission and the Ministry of Science and ICT, according to the bill.

At the forum, National Assembly Speaker Chung Sye-kyun emphasises the importance of lawmakers' efforts to bring clarity to the cryptocurrency space, and that legal certainty was essential for developing innovations in crypto and decentralised systems.

"Blockchain and cryptos can be used in various public sectors for good causes," Chung said. "Given their potential, we need to work to help reduce political uncertainties they face."