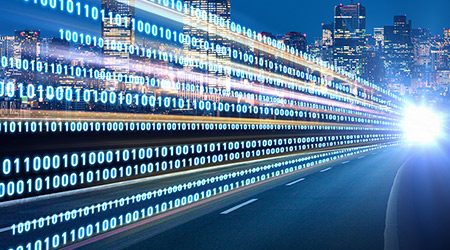 Data marketplaces are going to be an important and largely invisible connector in everyday life.

The Mobility in Blockchain Initiative (MOBI) is worth keeping an eye on to see the forefront of distributed ledger technology in car makers, or the mobility industry as it's increasingly more accurately known.

A majority of the world's car manufacturing now falls under the MOBI umbrella, with most of the top makers in its contributing member base.

It's more than just car makers though. Data is a key element in the industry's future, and it's onboarding a range of different members to explore the future of mobility as efficiently and thoroughly as possible.

The demonstration won Streamr the Plug and Play Global Innovation Award from STARTUP AUTOBAHN, Europe's largest innovation platform. It's the first blockchain platform to take the honour and helps push it forward as one of the potential futures of data marketplaces in the automotive industry.

In its currently-early days most data sources are being "sold" for free. Although some can be rented on an hourly basis at nominal cost in DATA with the Streamr native cryptocurrency currently worth about US$0.075 each.

The Streamr marketplace in question currently looks something like this. 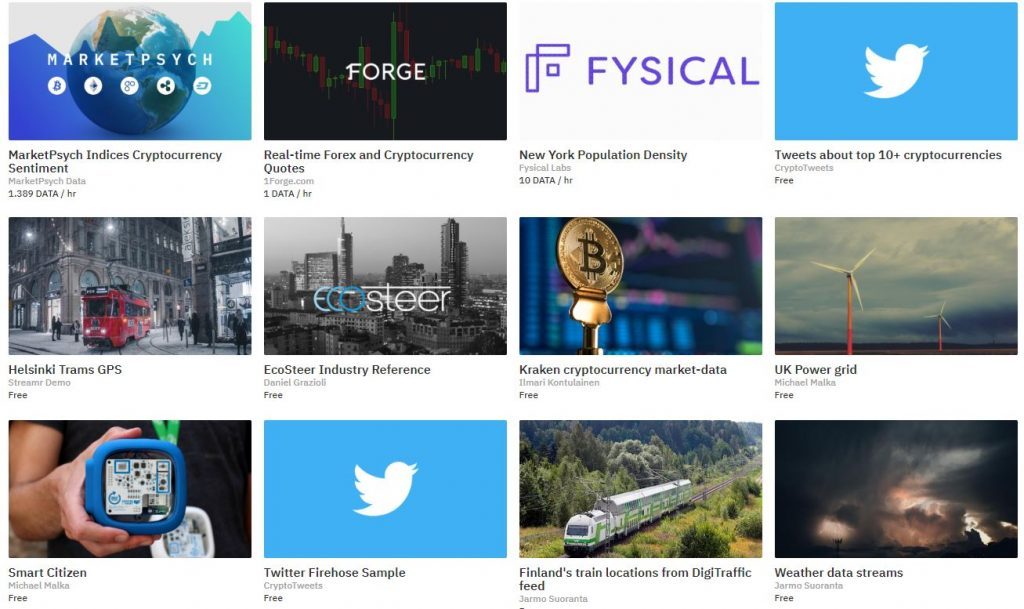 The Streamr data marketplace isn't for buying, selling and analyzing static data sets. Instead, it can be thought of as a hub for data live streams, as the name might suggest, where people and machines can tune in for free or for a cost.

What each data stream looks like will naturally depend on what it is and how it's recorded. The Finland train locations data feed, for example, gives figures like latitude and longitude, speed and train number.

Meanwhile, the data stream for the inside of a coffee machine in Prague College brings back all the data you can fit onto a Ruuvitag, recorded and transmitted once per second. With the wonders of technology, one can tell whether or not a Coffee Machine in the Czech Republic is being used at any given time, and from the data can extrapolate whether or not its coffee pot is being picked up, put down, filled, emptied or poured.

The future is here.

It's clear how a system for reliably managing this kind of data in a straightforward machine-readable form would be useful. Cars can monitor their own vital signs while outside software can monitor the data streams to determine whether or not it's within normal parameters for each type of car.

Emergency vehicles could be automatically altered to nearby incidents and connected to traffic light states; public transport information can be nicely presented in real time; inclement weather warnings can come up as automatic alerts on boats; vehicles of any kind that deviate from their intended paths can trigger automatic alerts and just about anything else.

In the case of the Streamr and HPE partnership, vehicle data including fuel consumption, location, acceleration and gearing was sent from a vehicle to the Streamr platform.

Vitally, data can also be connected to the person who actually owns and provides it, to be offered freely or monetised as needed.

Consider, for example, how this kind of data marketplace would work in line with the purchasable fast lane system patented by Ford, a MOBI member.

In simple terms the system lets autonomous vehicles buy the right to overtake, paying other vehicles to move aside for whoever's in a hurry.

From one angle it can be seen as a straightforward transaction between two parties, where one provides a service (moving over) for another that wants it and is willing to pay for it.

From another angle, it's purely a data marketplace transaction.

Whoever's in a hurry is:

In the context of a data marketplace, the nugget of "value" in the transaction isn't actually moving over. It's knowing which vehicles are saying yes and which are saying no, and then paying the ones which say yes based on their location relevant to the asker.

A real-time data marketplace can make this all seamless. Each vehicle can provide a data stream of its location and its current yes/no status. When someone switches on the "fast mode" button in their car, its status switches to no (no overtaking me) and it starts actively querying the appropriate vehicles to find the ones in front of it which are saying yes. It can then pay them for that yes data as it passes them.

Data marketplaces are often seen as a separate service in themselves, but most transactions can be boiled down to data at some point. Is the coffee pot in Prague currently in use? Who's using it? How much coffee are they having? What kind of blend was it? Should they be charged for it?

Letting money run at the speed of data and data marketplaces, a la cryptocurrency, opens up a lot of brand new doors to complete automation.

"It’s our mission to accelerate and amplify connections between startups and corporate partners, and Streamr's partnership with HPE not only pushes the boundaries of tech innovation but has untold real-world value," said Saeed Amidi, CEO and founder of Plug and Play Tech Center. "We look forward to seeing how these two companies continue to work together to enhance communities and improve efficiency in our transport systems."

"In today’s ambitious race to innovate, it’s humbling and empowering to have the great work and success the team has achieved, in collaboration with HPE, formally recognized on such an influential stage," said Henri Pihkala, CEO of Streamr. "We are honored to have won this award on our pursuit of innovative and effective real-time data utilization and having this industry support really reinforces our mission and makes us very excited about what we can continue to achieve in the future."

"Receiving this prestigious award, linked with our recent acceptance into MOBI will hopefully serve to amplify our far-reaching vision. The technology we've been pioneering with HPE allows us to create a customer first data ecosystem for millions of drivers so we're very excited about joining a forum with automotive giants such as BMW, Porsche, and General Motors where we think we will really be able to offer something unique and push that vision forward together."