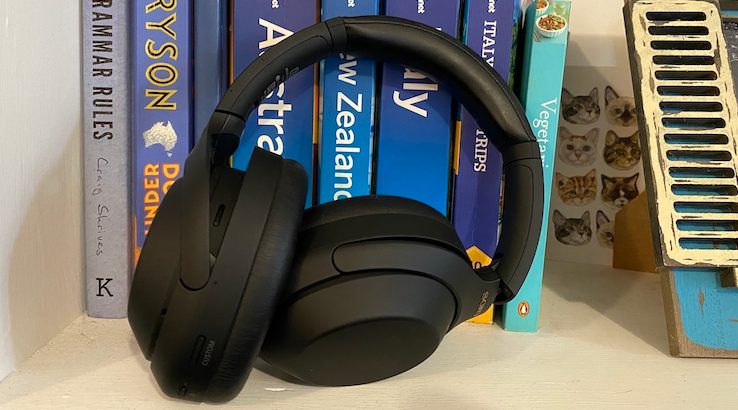 The new WH-1000XM4 headphones look almost identical to their predecessor, the WH-1000XM3 headphones that came out in 2018. They feature padded ear cups and a minimalist design with a smooth matte finish.

The headphones have just two buttons, both of which are on the left ear cup. One button controls the power, while the other button is a customisable control that you can set using the app to activate an ambient sound control, Google Assistant or Amazon Alexa. The left ear cup also has an audio jack so you can attach the optional audio cable that comes in the box.

The right ear cup holds all of the usual touch controls including controls for volume, play, pause, skip, back and answering a phone call. This touch panel also has a unique control that allows you to let in ambient noise by holding your hand flat over the panel. Finally, the right ear cup holds the port for the included charger.

The XM4 headphones' touch controls are extremely easy and intuitive to use, and don't require you to be too precise in terms of your finger placement on the ear cup. The only control I had trouble with was pressing the centre of the ear cup for pause and play. This was easy enough to activate intentionally, but I somehow also paused my music several times while fixing my hair or accidentally knocking the headphones.

Like Sony's 3rd generation noise-cancelling headphones, the XM4's are extremely comfortable to wear, even for extended periods. The padded ear cups and headband fit snug enough that they don't fall off when you move around, but not so snugly as to cause a headache.

You can get the WH-1000XM4 headphones in two colours: black and platinum silver. They come with an oval-shaped case that stores a plane adapter, charging cable and audio cable. It also has a mesh pocket on the outside for added storage. 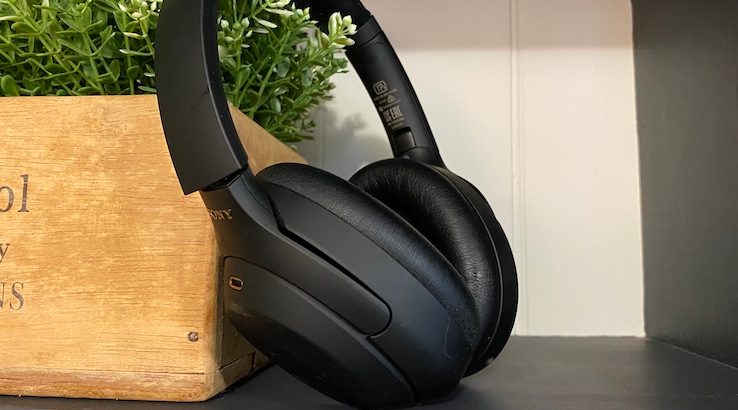 Setting up the WH-1000XM4 headphones is relatively straightforward. To connect them to your smartphone, download the Sony Headphones Connect app from the App Store or Google Play store and follow the instructions. I was able to connect and start playing around with the customisable settings in less than a minute.

One of the major improvements Sony made with the new WH-1000XM4 headphones is that you can now connect to two devices simultaneously. To do this, open the app and click the "Status" tab and select the "Device Currently Being Connected" option to open the setting. You can then connect to a new device via Bluetooth.

I had a lot of difficulty trying to connect the headphones to my MacBook. However, I was eventually able to connect after restarting my laptop multiple times, and once the headphones were paired the first time they automatically connected every time I turned them on.

Like their predecessor, the WH-1000XM4 headphones have some of the best noise-cancellation of any headphones on the market. They feature two microphones on each ear cup that detect sound for noise-cancelling, plus a sensor that captures ambient noise extremely effectively. While working from home, I could activate the ambient noise setting and hear water boiling in my kettle in the next room, or listen to my cat meow sadly at his half-empty (or half-full) food bowl.

You can switch the ambient sound on and off using the customisable button control on the left ear cup or temporarily activate it by holding your hand flat against the right ear cup.

Another new feature in the XM4 headphones is Adaptive Sound Control, a smart feature that adjusts ambient sound levels at your frequently visited locations. For example, over time the headphones can recognise that you are at the gym or at home and automatically adjust to your preferred ambience level. You can set locations and settings via the app.

It shouldn't come as a surprise that these headphones sound fantastic. Sony uses artificial intelligence to rebuild some of the audio that's lost during digital compression, giving you a much richer sounding audio than you typically get from digital music.

The headphones also offer 360 Reality Audio which allows you to listen in virtual surround sound. I was wowed by the demo that popped up when I connected to the Sony Headphones Connect app. However, the feature has limited application and is currently only compatible with the music streaming services Tidal, nugs.net and deezer. 360 Audio would be ideal for watching movies and TV shows and I hope future versions of the feature start to incorporate more content.

Another new feature Sony has brought to the WH-1000XM4 headphones is the "speak-to-chat" function that allows you to pause your audio and let in ambient sound so that you can have a conversation or listen to an announcement. Once you turn on this setting via the app, your music will automatically pause when you speak and you'll be able to hear ambient noise. The music starts playing again about 30 seconds after you stop speaking.

It's definitely a bit odd hearing your voice projected back to you through the headphones, but it's extremely helpful if you want to be able to hear something quickly. Especially now that many of us are wearing face masks out in public and trying to touch our faces as little as possible, being able to have a quick interaction without removing your headphones (and potentially accidentally pulling your mask off) is an unexpected benefit of the feature.

You can answer phone calls while using the XM4 headphones by pressing the centre of the right ear cup (the same spot you press to pause or play a song). The microphone quality is perfectly fine, but not exceptional. Everyone I spoke to said that they could hear me clearly but it sounded like I was using speakerphone. When I took calls outside, the microphones picked up on quite a bit of surrounding noise. You can also get up to 5 more hours of battery life with a 10-minute quick charge.

Should you buy the Sony WH-1000XM4 headphones?

The Sony WH-1000XM4 headphones have quickly become my favourite pair of over-ear headphones, and my daily go-to headphones for working from home. However, they're not cheap.

If you're looking for earbuds instead, we have also reviewed the Sony WF-1000XM4 true wireless headphones. 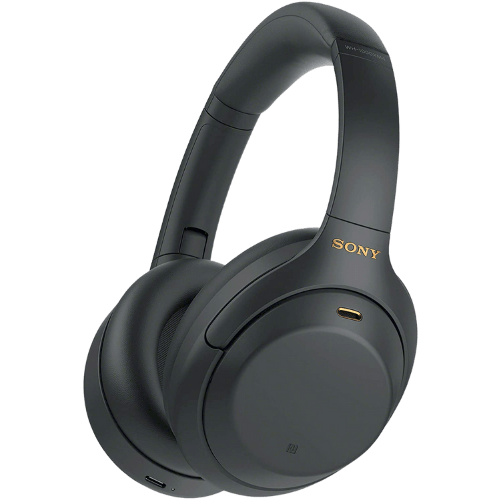