Sony's reasserted its position in the noise cancelling headphones space with the Sony WH-1000XM3 headphones. They're astonishingly comfortable even for lengthy usage, super light for travellers and they sound great for music playback.

In the noise cancelling headphone space, it's a pitched battle between Bose and Sony in the premium market. Bose's headphones are often held up as the gold standard, but in recent years we've seen Sony deliver pair after pair of really compelling noise cancelling cans. The Sony WH-1000XM3 headphones are Sony's best yet, and easily the best pair you can buy right now – as long as you're up to the asking price. 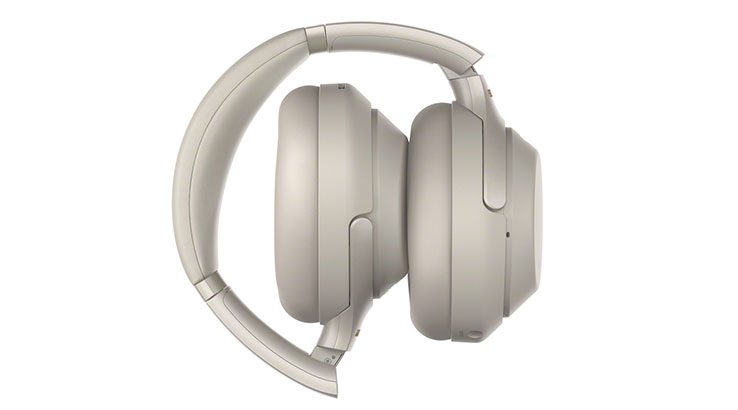 Most noise cancelling headphones are built with the travel market in mind, and so they tend towards the thinner and lighter side. Sony's definitely travelled down that thought path, with the Sony WH-1000XM3 headphones weighing in at a scant 255g in the hand. They're available in black or silver finishes and feature a simple plastic headband with a generous head cushion. Stylistically, to the surprise of nobody, they're much the same as the previously reviewed Sony WH-1000XM2 headphones.

I often hit comfort issues with full headsets, partly because I have a large skull, but mostly because I don't have any hair, so any sharper edges on headbands can really hurt after a while.

That wasn't an issue with the Sony WH-1000XM3 headphones, which remained comfortable for long wearing periods, even if I was walking fast through hot Sydney streets and sweating a little as a result. Indeed, they're easily the most comfortable pair I've tested to date, suggesting that they'd be ideal for long-haul flights as well.

The Sony WH-1000XM3 support either wireless Bluetooth or wired 3.5mm connectivity, with a single 1.2m cable supplied in the carrying case. It's a slender case that relies on you to fold the Sony WH-1000XM3 headphones inwards, a step that quickly becomes second nature.

One minor catch here is that the audio cable is just a cable, with no inline remote features at all.

One minor catch here is that the audio cable is just a cable, with no inline remote features at all. In Bluetooth paired mode, you can tap at the right earpiece for the controls, but when you're wired, you're at the mercy of the sound and playback controls of your connected device.

With an eye to that travelling market that covets noise cancelling headphones, the Sony WH-1000XM3 is nicely built, both in terms of being thin and having both a connection cable and dual prong airline plug adapter within the case. The exterior mesh on the case could even fit your passport or boarding pass at a pinch. 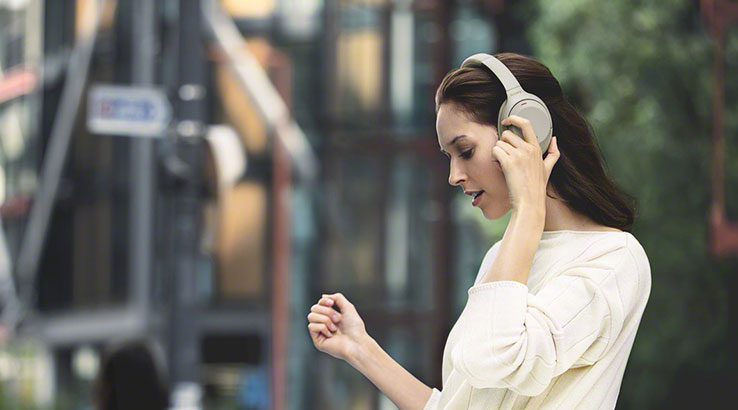 Pairing the Sony WH-1000XM3 is ideally done through Sony's dedicated free iOS/Android Headphones app because that's also where you'll be able to fine-tune its performance. Without it, the Sony WH-1000XM3 only has two actual buttons, one for power and the other to cycle either through noise cancelling modes or invoke the Google Assistant.

One annoyance here if you do want both features on that button is that switching can only be done through the headphones app, and doing so involves a lengthy unpairing and re-pairing process. I tended to stick with noise cancelling features for the most part, but then I was largely testing using Android handsets, where it's not exactly hard to fire up Google Assistant in plenty of other ways.

The headphones app also allows you to tweak audio settings to your taste as well as optimise noise cancellation based on ambient atmospheric pressure. I haven't been inflight with the Sony WH-1000XM3 headphones yet to see how much difference this really makes at varying heights, but at (essentially) ground level, I have very few complaints. The Sony WH-1000XM3's music playback is generally excellent for most music types as well as podcast types, with a clean and clear sound profile that's not too bass-murky or sharp. 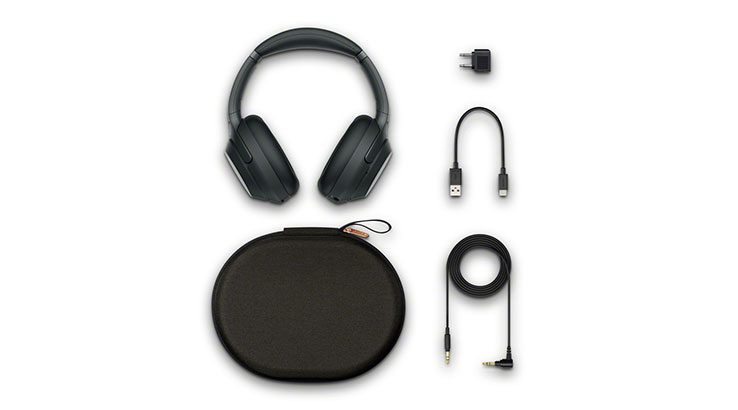 Listening to David Bowie's classic "Young Americans", the gospel stylings of the back-up gospel-style singers and subtle drum notes come through cleanly, while the harder piano notes of "Mary, Don't You Weep" from Prince's Piano & A Microphone 1983 had lots of impact.

If it suits your style, you can also play around with a variety of "virtual" surround sound settings, although these do require you to have the headphones in stable connection setting mode and may require a restart each time you shift settings around.

There's a rather predictable light feedback hiss when you've got noise cancelling enabled on the Sony WH-1000XM3 headphones, but it's no worse than anything I've tested in the premium space.

It's a slightly different matter for calls, however. While recipients had no issues at all hearing me clearly while taking calls on the Sony WH-1000XM3, their audio tended to have a slightly disassociated, echo-prone tone to it. It was nothing that affected clarity to speak of, but it was noticeable against the normal voices I'd expected to hear.

When you're paired via Bluetooth – and let's be honest here, that's probably going to be most of the time – you can access audio and playback controls via the touch sensitive panel built into the right hand cup of the Sony WH-1000XM3 headphones. This can be a hit and miss for much more than play/pause, although it's nice that you can quickly mute all music to hear a conversation simply by holding your palm over the entire right ear cup at any time.

As with any "up to" figure, those battery numbers do depend a lot on how you use the Sony WH-1000XM3, but my own testing suggests they're not too far off the mark. You can check the power status at any time by tapping the power button rather than holding it down. You can quickly charge the Sony WH-1000XM3 via USB-C. 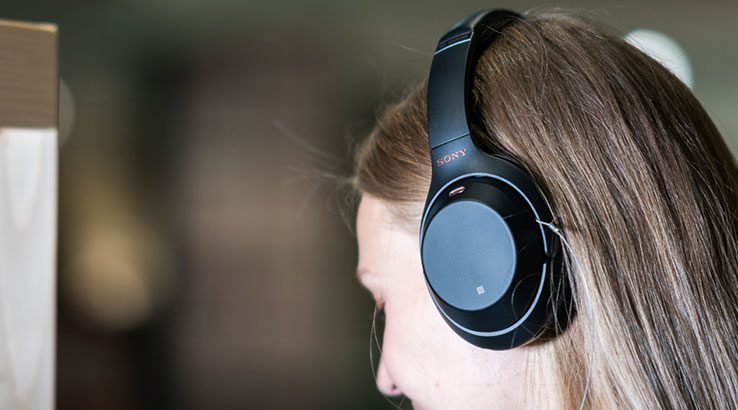 The Sony WH-1000XM3 headphones hit every single sweet spot you could want in a set of noise cancelling headphones, and they're an easy recommendation if you're at all fussy about your audio quality as well as comfort.