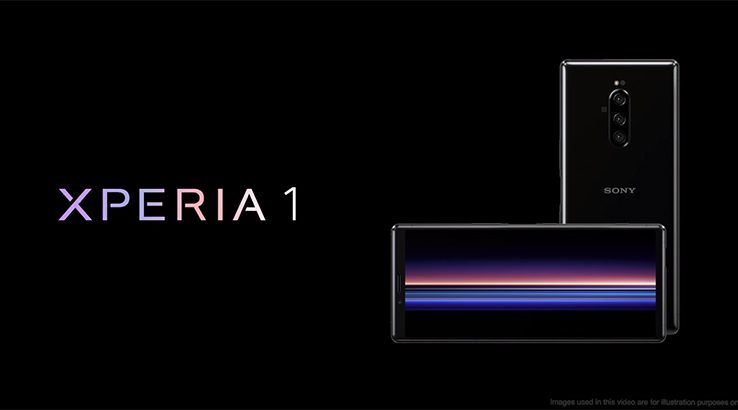 Sony's latest flagship has a triple camera and a very tall 4K display that's unlike any other handset.

You certainly can't accuse Sony of thinking small. At its MWC event, Sony's Mitsuya Kishida stated that its vision for its next generation of mobiles was for "experiences beyond imagination for the dedicated and the passionate".

Kishida claims that Sony is "redefining" the Xperia smartphone by adding "professional grade" features. As such, Sony is also resetting the clock on its naming structure, with its new flagship phone simply being titled the Sony Xperia 1.

It's not just in a classic cinema aspect ratio, but it's also one of only a few phones to feature a full 4K compliant display. At that size, that's probably overkill unless you've got particularly fine vision however. For what it's worth, Sony has lined up Netflix to provide an app that's compatible with its 21:9 aspect ratio, for a superior mobile viewing experience.

The Sony Xperia 1 is Sony's first phone with a triple-lens array at the rear, covering normal, wide and telephoto duties, each with a 12MP sensor. Sony claims that its experience with its highly regarded Alpha cameras has been carried over to the new Xperia 1 for class-leading photography. Given the nature of premium phone competition, that's quite a bold claim.

To compliment that 4K display, the Sony Xperia 1 can shoot 4K HDR video natively. Around the front, it's a little more mundane with an 8MP sensor for your selfie needs.

Under the glass lurks Qualcomm's Snapdragon 855 CPU, along with 6GB of RAM and 128GB of storage, expandable via microSD. Battery size is moderate for a 2019 flagship at 3,300mAh. While other manufacturers at MWC are busy announcing 5G handsets, the Sony Xperia 1 is a 4G LTE phone only. It will come in black, white, purple and grey finishes.

Stepping down into a more mid-range space, Sony has the Sony Xperia 10 and Sony Xperia 10 Plus. The Xperia 10 is a 6-inch, 21:9 phone with HD+ resolution, running on Qualcomm's mid-range Snapdragon 630 processor and 3GB of RAM. It's a dual 13MP/5MP camera phone at the rear, with a front-facing 8MP sensor.

As to pricing and Australian availability? That's a tricky question to answer since Sony has gone rather quiet on Sony phone release schedules Down Under of late.

We've always had a solid wait for new Sony phones while older models cleared retail channels, but the Xperia XZ3 was notable by its complete absence from our shores.

For what it's worth, the Xperia 1 is reportedly due to ship in other markets in June, both the Xperia 10 models will reportedly appear in April as will the Xperia L3 with no pricing yet announced. But if you're very keen on Sony's style or approach to Android phones, you may just have to import one.