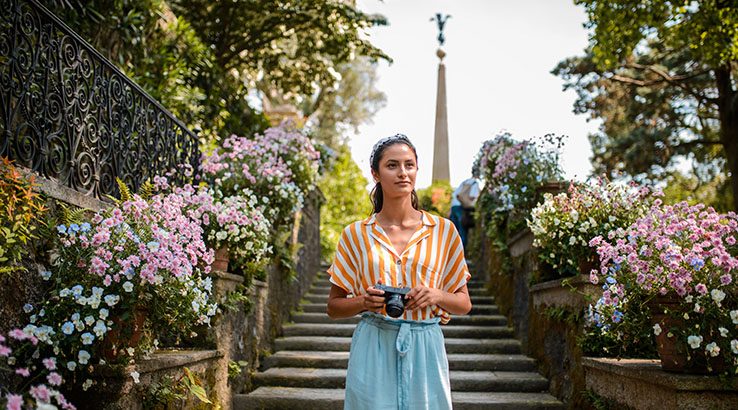 "All the women who are independent throw your hands up at me".

Ladies find your passports and pack those suitcases because Booking.com has released its top travel destinations endorsed by women. And we think you'll be surprised at who made the cut.

In celebration of International Women's Day on Sunday 8 March, Booking.com has brought together data from the most booked destinations by female solo-travellers during 2019 and real reviews from the women who have travelled to them.

We've cross-checked these destinations with the Women's Peace and Security (WPS) Index for community safety perception from women over the age of 15. Here's the list, in order of popularity.

Moscow in Russia takes the crown for the top spot. So what has women falling in love with the Russian capital? Well, the architectural feats are not to be missed as well as the artistry, history and majesty. If churches, palaces and museums are right up your alley then look no further.

When cross-checked with the WPS Index, Russia came in with an index ranking of 51 and community safety perception was at 57.4%.

Anastasia Todd who solo-travelled through the Russian capital said: "The strong armed police presence in Moscow prompts a female tourist to feel that she is in safe hands, and yet, it gives rise to thoughts as to why such forces might be necessary".

We recommend checking out the Kremlin, Red Square, St. Basil's Cathedral and the Bolshoi Theatre if you're planning to head over.

Taking out second place was Italy's capital. We don't think Rome needs much explanation, but your itinerary will be nothing short of the Trevi Fountain, the Colosseum, St. Peter's Basilica and the Pantheon.

Rome came in at 28th place on the Index and had an overall percentage of 55.8% for safety.

Lily Liang who went to Rome five years ago, told Finder that: "It is a touristy city and whenever I go there would be lots of people around. Only time I felt uneasy was when I catch public transport as some of their stations are not so well maintained. Especially around night time", so we suggest exercising some caution when travelling to Rome.

Coming in third was Bangkok, Thailand. With a ranking of 92nd place on the index and a 67.3% safety rating, when we spoke to solo-female travellers there was nothing but positive reviews.

Alex Keshen, who visited Bangkok solo in 2011 told Finder that, "Contrary to what most people think of Bangkok, I found it anything but intimidating. Sure, it's bustling and the traffic is next level, but I never felt unsafe when travelling solo there, which usually meant taking local buses to get around."

"The people are incredibly friendly, making you feel welcome in their city, and most street signs are in both Thai and English making navigation much easier as I was there in the days before Google maps on a smartphone was the go-to way to find your way around."

Another woman who travelled to the city alone - Soujanya Datta was of the same opinion, "I have been to Bangkok a couple of times and always felt extremely safe and welcome walking around the city".

Booking.com found that local food was a big factor for the high levels of travel amongst women. With that being said we recommend stopping by Yaowarat Road for endless food vendors.

Lily Liang also grew up in Taipei, which happens to be the fourth city to make the cut. As a local she said: "It's one of the friendliest and safest cities in Asia for a solo traveller. Taipei is also a city that never sleeps, so going out at night is very safe (you can get a cab almost anywhere in case you party too late and missed public transport)."

Although Taipei isn't in the index, it received the highest safety rating of the five destinations from women with 77.7%.

Taipei is a very walkable city, and self-guided tours of the city are highly recommended. Consider checking out National Palace Museum, the Lungshan Temple or the shopping district of Shi-men Ting.

Brazil was the last favourite amongst Booking.com's female reviewers. In particular, Sao Paulo came into fifth place and with the Ibirapuera Park, Paulista Avenue and the Pinacoteca do Estado (museum) we can see why.

Do keep in mind it was ranked with a 27.5% community safety ranking and came 98th on the ranking index, so we think this one may require a bit of vigilance when travelling alone.

A city that didn't quite make the list but had a high safety rating was Dubai, coming in at an 89.8% satisfaction for women's safety.

Avril Harding who lived in Dubai and the Middle East for over a decade told Finder that "Dubai, Muscat and Doha are some of the safest places I've experienced as a solo female traveller. Expect respect, additional care, and warm hospitality". So maybe your next holiday could be spent finding jewels amongst the endless gold markets of Dubai.

In light of the current coronavirus outbreak, we recommend you consult Smartraveller before booking your travels for the latest safety advisories.