A new MGallery hotel is launching in Southwest Sydney 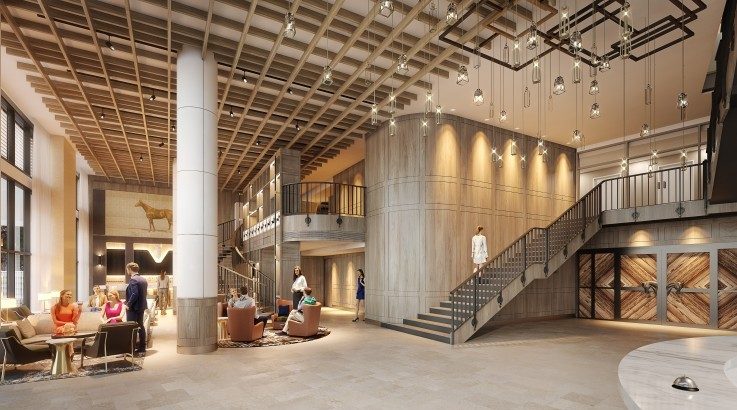 After years in the making, Sofitel and Inglis are almost there.

It might seem an odd coupling, but AccorHotels and William Inglis have big plans for Riverside Stables which is next to Warwick Farms racecourse in south-west Sydney. It's been in the making for years, since Inglis planted two Moreton Bay fig trees on its intended site.

Now they're all grown up and will be flanking the new Sofitel MGallery William Inglis Hotel.

A special addition to the MGallery collection

The MGallery by Sofitel collection is known for having one-of-a-kind properties, but this one might pull ahead of the rest with Simon McGrath, AccorHotels' Pacific chief operating officer calling it a "special addition to our boutique collection".

"The Riverside Stables complex and The William Inglis Hotel is a massive investment by Inglis, and has been created to service the thoroughbred racing and breeding industry for the next 100 years." explained Mark Webster, Inglis managing director. 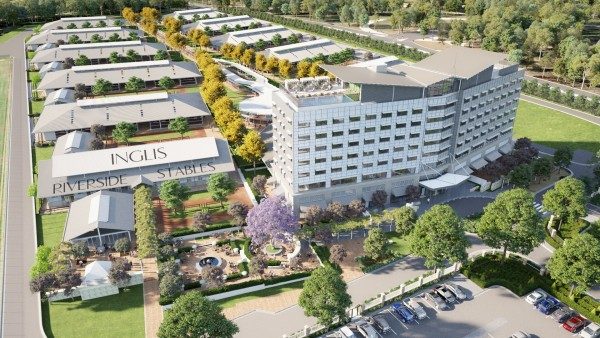 The hotel, in a position of prominence.

Situated only 25 minutes from Sydney International Airport, the new hotel probably has enough convenience to stand the test of time, but also more than enough stature as a centrepiece of Inglis' wider Riverside Stables complex, the new location that houses its offices, stables, horse sales arenas and everything else.

The hotel significantly expands the available facilities, boasting 144 individualised rooms, a day spa and gym, plus a rooftop bar and pool deck that overlooks the racecourse.

The conferencing facilities are also second to none and include including a horse sales arena with capacity for 1,000 people, as well as corporate boxes. The sales arena will also feature ringside dining and access to the mezzanine bar: 1876 Lounge. 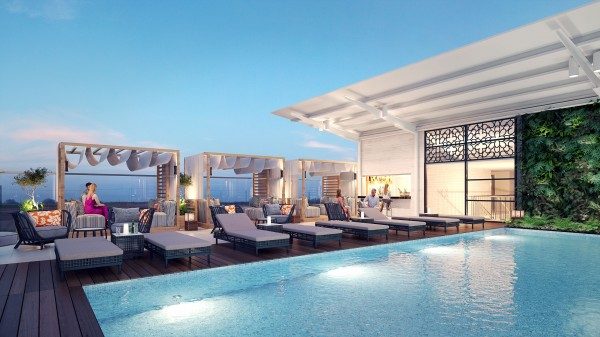 The rooftop pool and bar, from which you can view the racetrack.

The hotel's main dining venue will be a paddock-to-plate garden restaurant, The Newmarket Room. It joins the 1876 Lounge, rooftop racecourse bar, lobby café and other venues in the onsite entertainment precinct. All of which will be serviced by William Inglis' onsite micro-brewery.

Each Sofitel MGallery hotel finds its own signature dishes and cocktails, but the William Inglis might be the first to brew signature beers.

Inglis has already begun moving into Riverside Stables while construction continues, and the hotel is set to start welcoming guests by March 2018. When complete, it will be the eleventh hotel in the MGallery by Sofitel collection.

This comes shortly ahead of Auckland's Grand Windsor, and Eden Crescent Hotel Auckland, both set to open in late 2018 as the probable twelfth and thirteenth.