SocietyOne: Peer-to-peer lending offers a “better deal than the bank” 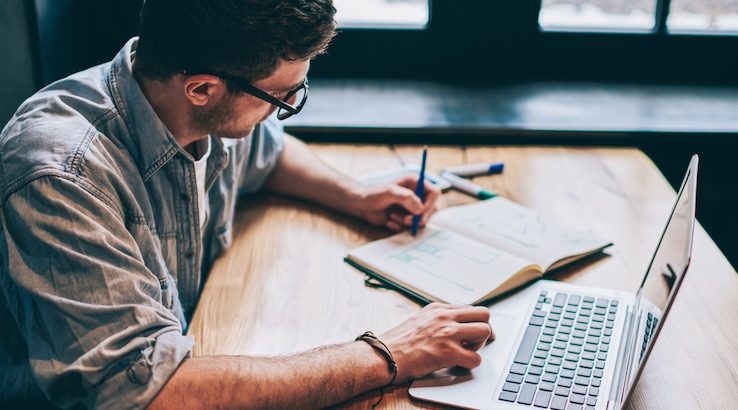 SocietyOne became the first Australian peer-to-peer lender to cross $500 million in total lending in August last year. Since then, the company has enjoyed 6 months of consecutive record months for lending and is now about to pass the $600 million lending mark.

After taking over as CEO in June 2018, Mark Jones has seen Australia's first peer-to-peer lender go from strength to strength, and it remains on track to reach break-even point in March. "Over the last six months, we've really taken the business forward. We're probably writing triple the business today that we were nine months ago, so that feels really good."

"We've had a lot of support from our investors and borrowers, and I think we're hitting the right notes with the people who invest in our loans and then the borrowers are getting a much better deal. So I think we've managed to join the dots pretty well," he told Finder.

As CEO, Jones has overseen the launch of a number of key developments to expand and streamline the lending process. The company launched a broker channel in June, and is now writing $4 million in broker loans per month, and also launched a new credit assessment process in July to better assess and price risk.

An origination platform followed in October, allowing SocietyOne to better assist customers no matter where they are in the process, and which saw a conversion rate increase of roughly 250%, from 3.6% in mid-2018 to 8.6%. Unlike other lenders, SocietyOne also gives potential customers an interest rate quote before they apply, so that it isn't recorded on their credit history.

According to Jones, the company is in a position to offer customers a better deal than the banks. "We've been able to lower our average rates for good customers, and at the same time investors get more confidence that the people they invest in are going to deliver as expected," he said.

A new type of lender

With trust in the banks dissolving after the revelations of the Hayne royal commission, peer-to-peer lending is increasingly seen as a consumer-friendly lending alternative. The recent Net Trust Score Survey by Roy Morgan found NAB had the dubious honour of the lowest ever net trust score recorded for an Australian bank, at -42.2%. With the other banks in the big-four all also recorded net scores in the minus twenties, there is arguably no time like the present for alternative lenders wanting to prove themselves as a viable competitor.

"Customers are looking for an alternative to the banks and I think the economic outlook means our ability to assess credit is really important. As we enter a time where there's more environmental risk, it's important that we're lending responsibly and making sure that we're pricing for risk, so that we can get the funding on one side to match the borrowing on the other," said Jones.

"We're seeing more and more demand from borrowers and I think the current challenge for us is to make sure that we bring investors in at the same rate. The good thing about peer-to-peer companies versus banks is we basically have "better money". We get money from mutual societies or super funds, which are looking for a fair return. We're not like a bank that is looking to maximise every last cent from the customer."

With developments such as open banking, comprehensive credit reporting, and risk-based lending, peer-to-peer and alternative lenders may be well positioned to better serve customers in the evolving lending sector. "We've always taken the view that we need to be a responsible lender, but I think we actually have more capability to comply going forward [compared to the banks], because fintechs are using more leading-edge products and services. So we can help customers better with things like open banking and comprehensive credit reporting, which will be a big step forward."

"We're in a good position to deal with the changes because we have much simpler and up-to-date systems and processes. Open banking lets us know more about the customer so we can assess them better, both in terms of their creditworthiness and also their requirements and objectives. We're keen to see open banking rolled out, but it has to be done in a way that customers can have trust and confidence in."

The future of lending

The number of both peer-to-peer investors and borrowers doubled from 2015-16 to 2017-18, according to an ASIC survey on the industry, and the performance of overseas peer-to-peer lenders suggest the Australian market will continue its impressive growth. Jones' predecessor, Jason Yetton, pledged in 2016 that SocietyOne's objective was to control 2-3% of Australia's $100 billion personal credit market, and Jones agrees that remains the first goal. "I think if you look to the US, Lending Club is up to a double digit market share, but collectively in Australia, I think we're still sub-1%. There's a place for peer-to-peer and certainly double digit market share is not an unreasonable expectation."

"We're very customer centric, we're trying to give them a much better deal. That was always SocietyOne's proposition: if you come to us, we're more efficient, we'll get you a better deal."