Almost half of SME owners wouldn’t encourage others to start up, and here’s why 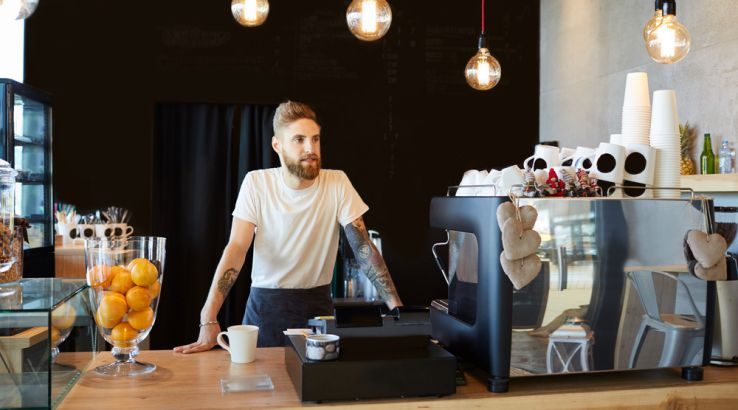 Increasing concerns about energy prices and red tape are making it harder to run a small business in Australia.

The research, which also found that 9% of small- to medium-sized enterprise (SME) owners are expecting to shut down in the next 12 months, was commissioned by American Express and conducted by AMR for The Economy of Shopping Small: Keeping it in the Community report. The research was released as part of Amex's Shop Small campaign.

While the research centres on small business owners, it also reveals the flow-on effects for Australia in general. The Australian economy is incredibly reliant on small businesses – all the way down to our local communities.

The Household Expenditure Survey, which was conducted by the Australian Bureau of Statistics (ABS), found that about a quarter (24.6%) of consumer spending is with small businesses. Recent population figures put this number at around $88.9 billion annually.

But it gets really interesting when we speak to the small business owners themselves, who say they are investing 42% of their annual turnover back into their local community through suppliers, salaries and local charities. Amex coined this effect the Boomerang Dollar.

But the Boomerang Dollar is reliant on small business revenue. Amex's research revealed that when discussing challenges faced in running their small businesses, 55% were most concerned about increasing energy prices and 53% named costs/overheads as their most pressing concern.

Katrina Konstas, vice president of Small Merchant Services at American Express, said it's getting tougher for businesses to do business.

"You can see that they are certainly very passionate about what they do," she said. "But by the same token, you’re starting to see some concern about some rising costs that they’re facing. Two of those that they cited are the increase in energy prices and the rising overheads.

There is a definite shift in what business owners are struggling with this year compared to last year. In 2016, attracting new customers (58%) and retaining existing customers (56%) were the top concerns, but this year it has shifted to increasing energy prices (55%) and costs/overheads (53%).

"It's the rules and regulations of importing the products themselves," he explains. "But for me, it's all about rising above it all – the red tape and so on needs to be on the sidelines. I go beyond the basic of providing what people think they want."

Moschidis is part of the one-third of business owners that said too much red tape or the difficulty of achieving financial success are their least favourite aspects of running a small business.

Discussing the shift in focus from customers to cost, Moschidis said he doesn't consider the two as separate.

"[Customers and cash flow] actually go hand in hand," he says. "What we’ve actually done is we’ve tried to work out ways with customers to not only look after them but also support our cash flow at the same time.

"So we do things like we negotiate and we do payment plans and things like that. We really try to work closely with them rather than have a hard and fast rule that says 'you have to pay'."

When asked if they would do it all again, 62% said they would still go into business for themselves. This is a slight increase from 58% the year before. And despite the 9% believing they will be shut in 12 months' time, 82% believe they will still be running.

While Moschidis admits to the struggles of most small business owners, namely struggling with red tape and grappling with the threat of online sellers, he is still working towards ensuring his business's future success.

"We’re looking at implementing a very different style of wholesaling. By that I mean almost becoming a concierge for small businesses here in Australia," he said.

"We'll give them added support such as merchandising, educate them about the product and so on to provide that added experience for the end customer. So there are all of those extra added things that are putting us aside from and jumping out of that loop that everyone is stressing about."

Despite the increasing challenges of costs and red tape, Konstas says it's important for small business owners to stay focused on what they're doing and what their unique value proposition is in order to succeed.

"The thing is they’re motivated to go out on their own because they want to be able to do things like control their own destiny, control their work/life balance and have their own sense of fulfilment," she said.

"Ensuring these small business owners don’t lose sight of balancing their time by looking at their books and making sure they’re focusing on the right elements to drive that business growth, and continuing to remain competitive have got to be a priority."

She encourages small business owners to focus on the way they're pricing their products and services as well as ensuring they have great connectivity with their customers and are optimising their use of technology.

"We need to make sure that we’re continuing to educate small businesses out there that in order to navigate through these challenges they need to position themselves in a way that they’re investing in websites, they’re embracing new technology for the convenience of their customers and that they can build their profile to survive in the future."