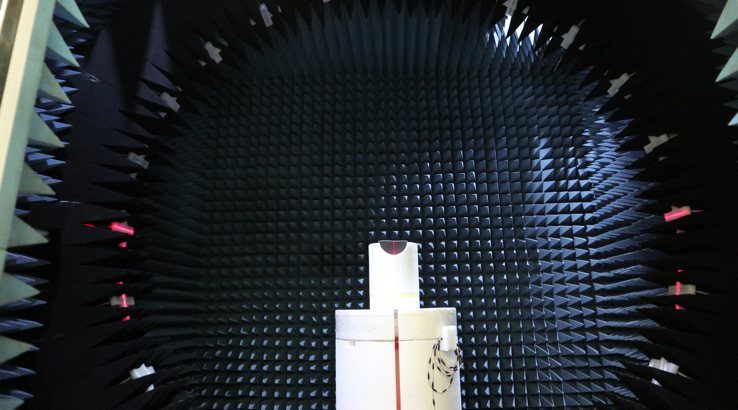 We go inside Huawei’s top-secret device testing lab to see what goes into testing a new device long before it ever hits store shelves.

Smartphones are a part of everyone’s life, but have you ever considered how a smartphone is actually tested to ensure that it’s capable of giving you a workable service life? We know that plenty of Australians are (regrettably) rather good at breaking smartphones, but the reality is that an awful lot of them are broken well before you ever get your hands on them, and that's by design. By breaking, testing and refining handset designs, you can come up with better, stronger and more capable handsets.

I recently had the opportunity to tour through Huawei’s R&D development labs on the outskirts of Beijing in China. Huawei also allowed us to take a bunch of photos. Unfortunately, given the sensitive nature of the products being developed, it wasn’t feasible to photograph absolutely everything. The access Huawei gave me to their testing procedures did allow me to gain a fresh and interesting insight into how every component (and I really do mean every component) of a smartphone gets tested.

Not all of this was absolutely news to me, having toured Oppo’s factory and testing facility in Shenzhen not that long ago. To give Huawei its due, its testing facility is somewhat larger than Oppo’s. Oppo was also far more reluctant to allow us to take pictures of most of its testing gear. I think I can say that there may have been a few as-yet-unreleased handsets on show without drawing too much ire from Huawei. If you know what their flagship phones are usually called, you can probably make some educated guesses as to what may have been on show.

What was more on show was the methodology and equipment used for smartphone testing and development. 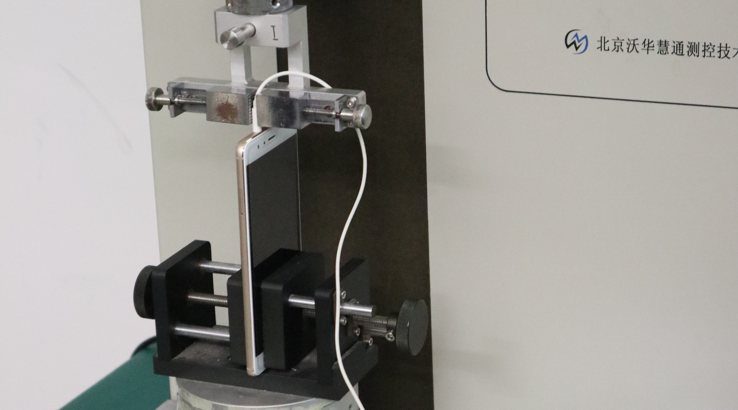 The connector endurance tester does what the name suggests, endlessly plugging and unplugging a headphone cable to ensure that your phone's audio will keep on working after thousands of uses. 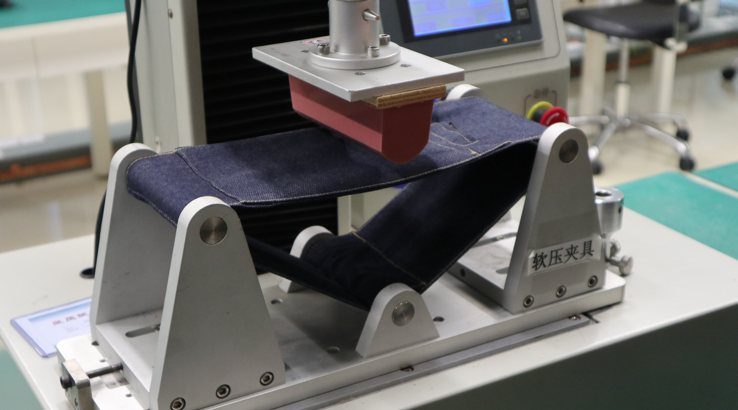 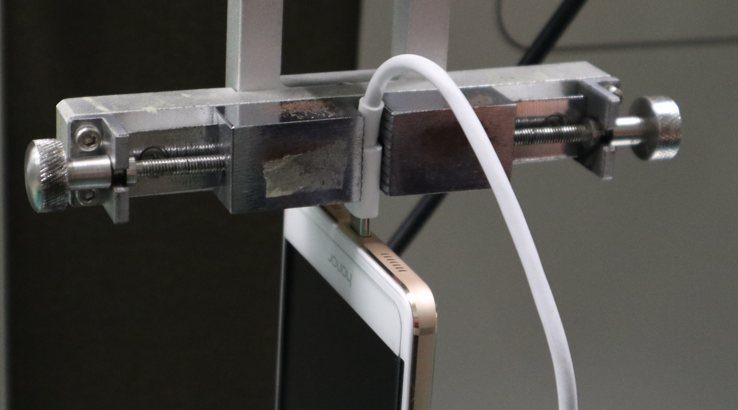 Data and power cables need testing too – you wouldn't want your phone to stop charging due to a port problem, would you? 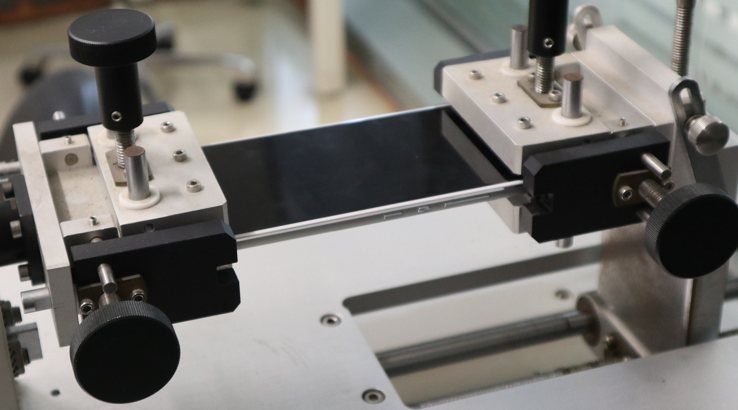 Twist testing a phone is equally fascinating and painful. I didn't want to watch a phone being tested to its limits, but I couldn't look away. Mind you, the other physical tests are no less brutal. This array tumbles handsets to see how they'll handle simple repetitive knocks. 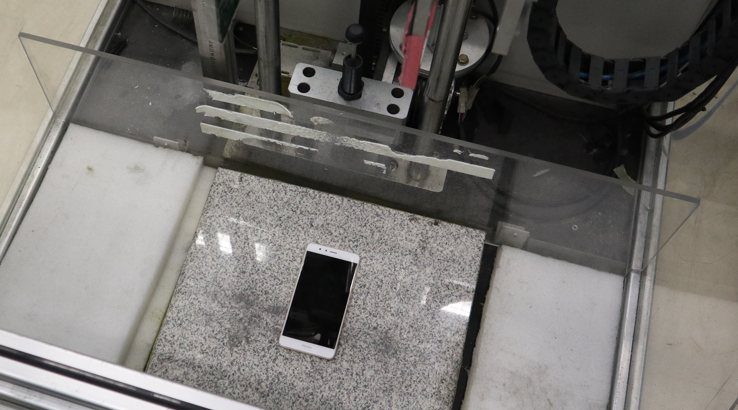 There’s something innately visceral about watching a machine drop a perfectly good smartphone directly onto tiles over and over again.

It’s not just our own clumsiness that has to be tested, either. Environmental factors are the other great killers of phones. 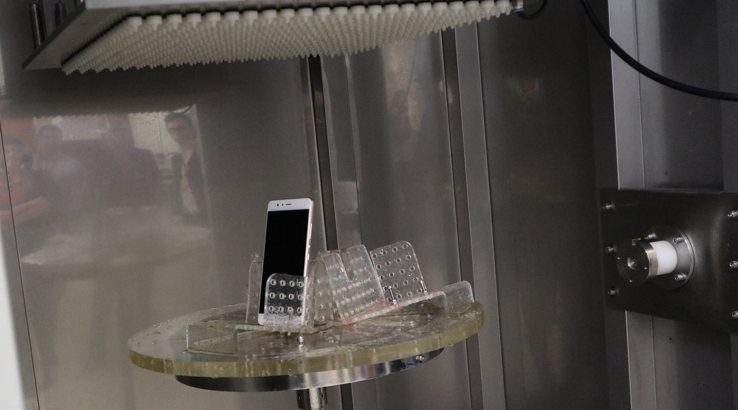 This is a dedicated device whose sole job is to rain on smartphones in order to test water resistance. 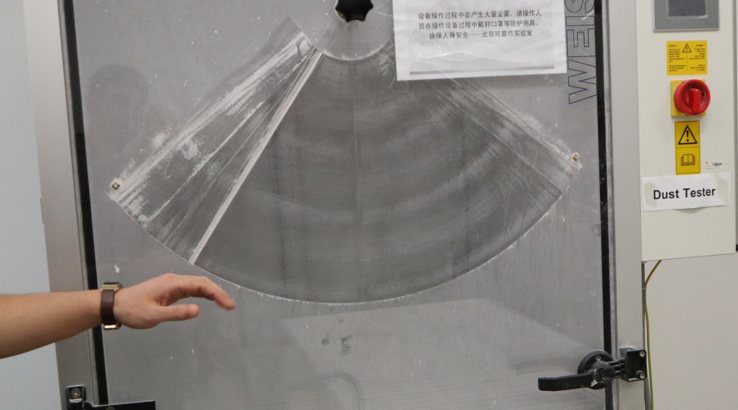 The other side of IP resistance that many don't think about as much is dust ingress. To test that, you need some really fine dust particles (and an expensive testing machine.)

There’s an almost Rick & Morty butter robot vibe here, but fully mechanised testing does mean that everything is accountable and repeatable.

What do you do when you test and test and a problem emerges? The next step is the analysis of why the problem happened. For many cases, that involves dissection of a smartphone, right down to the molecular level. That’s where you can assess the problems and try to sort out what’s actually causing them. 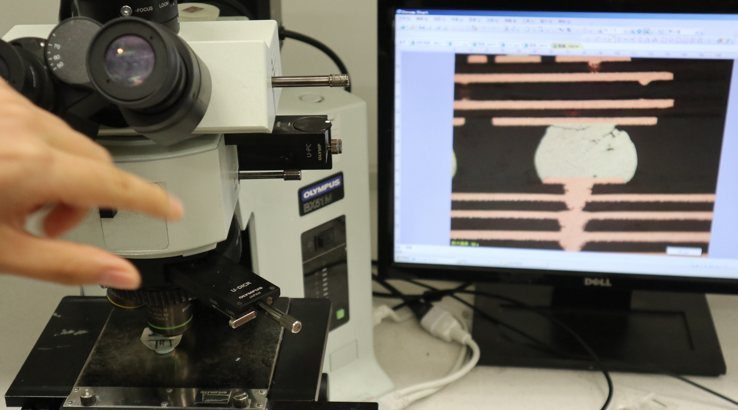 When they say they're assessing faults in detail, they're really not kidding.

For many of its handsets, and all of its premium flagships such as the P10 and Mate 9, Huawei uses its own Kirin silicon, which means it’s also responsible for the development and testing of that platform as well. As such, when they’re slicing into a processor that may be behaving erratically, they’re well aware of what they should see at a silicon-circuit level, even if those circuits are etched at a level totally indiscernible to the human eye.

For that, you need a really decent microscope and a crew of engineers skilled enough to test and assess problems as they crop up. 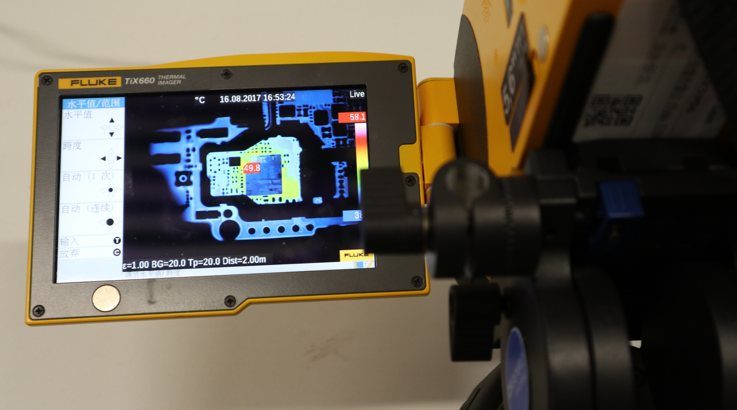 It's getting hot in here, so take off all your...silicon? 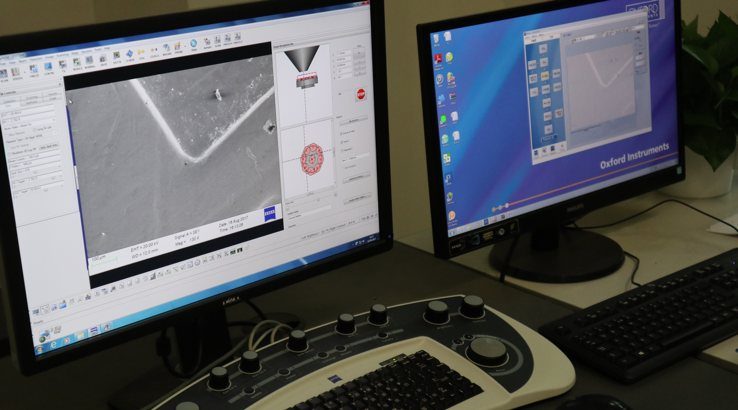 Serious microscope work here to get right down to the elemental level. 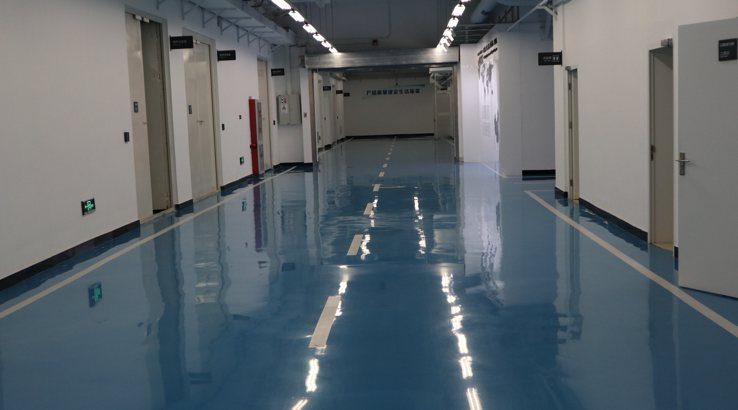 An underground access tunnel at the testing labs. Small is not the word you'd use to describe this place.

Huawei’s testing facility (and I’m told this is just one of a couple in China itself, and not even its largest) spans multiple buildings and levels, complete with almost James Bondesque corridors.

It wasn't that long ago that I had the opportunity to visit Telstra's top-secret testing labs in Sydney where, amongst other factors, Blue Tick reception is tested. That's essentially a reception standard, so naturally Huawei has to test for that too in a couple of specially designed (and freakishly massive) chambers. 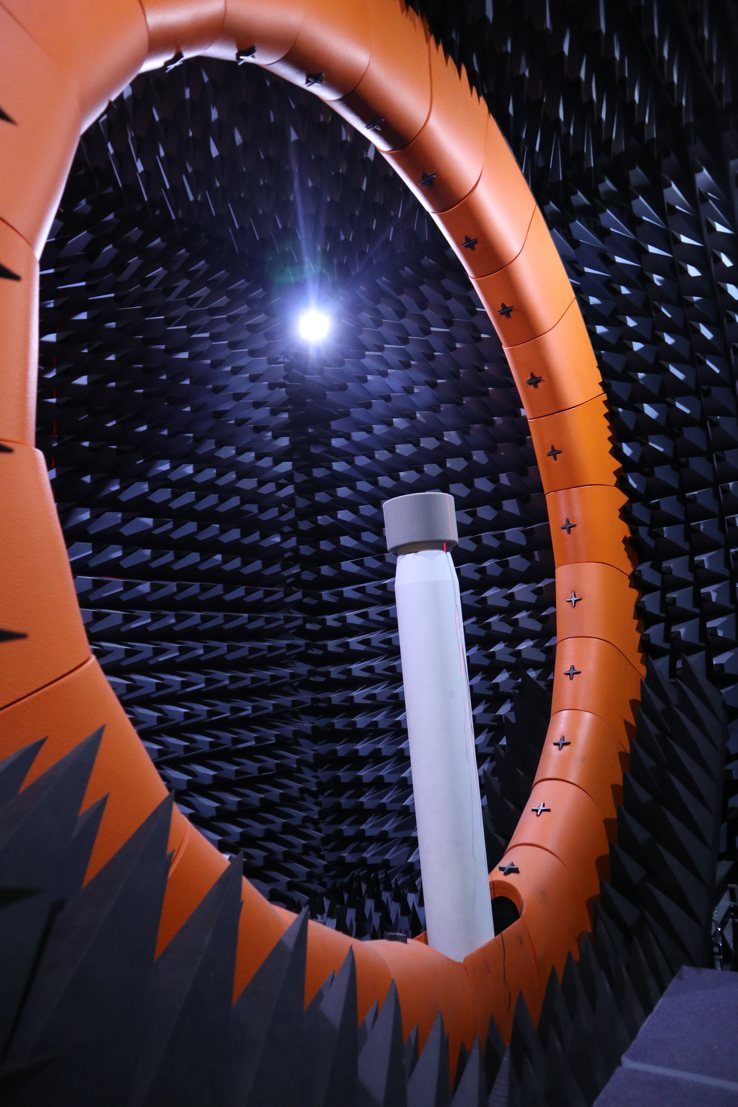 I keep expecting there to be a blue portal somewhere else in the building. Then again, maybe there is. 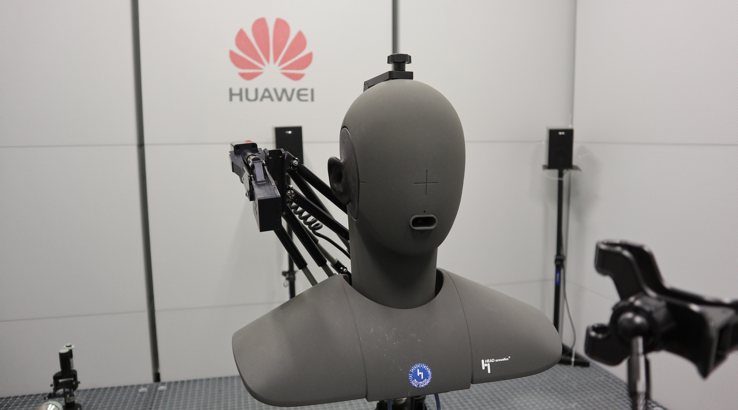 To test out audio quality, both for calls and music, you need an anechoic chamber...and this guy.

Reception is one part of the call-testing process, and audio quality is the other. For that, there’s a dedicated anechoic chamber. If you’ve never been dropped inside a perfectly quiet chamber that simply isn’t capable of echoing anything, it’s quite a trip, albeit one that can leave your ears feeling a little unusual for a little while afterwards when you re-emerge into the echo-capable world.

Of course, Huawei isn’t just a smartphone company. It also has significant business in the physical network arena. To that end, it runs its own in-house network testing facility that (according to representatives) mimics the precise specifications of every network standard used worldwide. I have, by definition, never been quite this close to quite this many mobile networks at once. 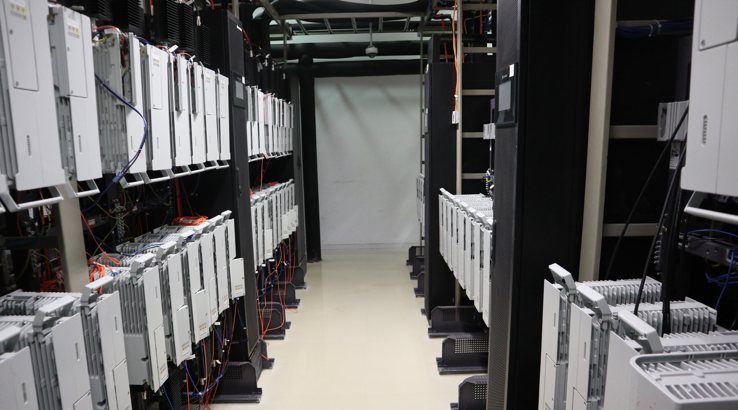 The data throughput would be amazing, and the heat is pretty intense too.

A smartphone is a combination of silicon and software, so naturally there’s work to be done there. Huawei’s phones all run on various flavours of Android, typically with its own EMUI overlay running on the top, and all of those factors have to be extensively tested as well.

Again, standardised tests across some truly massive racks of phone testing equipment come into play, covering everything from boot sequences to screen scrolling and app responsiveness. 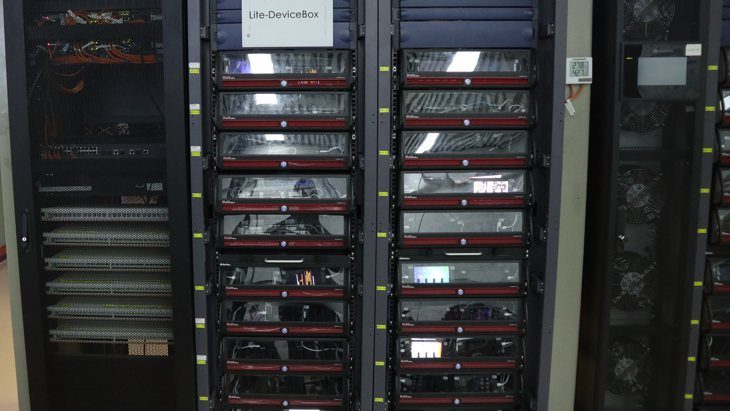 Hundreds of phones being simultaneously tested for software compatibility.

From what I was told, this system is purely used for testing new phones and Android versions, with a separate facility for testing and developing upgrades for older Huawei handsets as they become available. 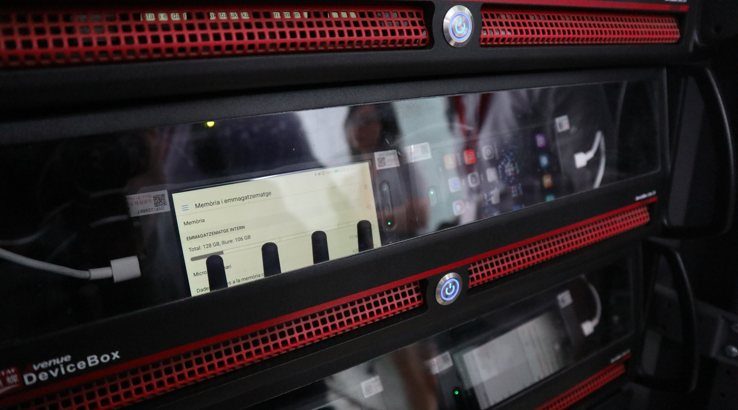 While Huawei is massive in the Chinese market, its global ambitions mean that it's not just testing local market phones.

Alex Kidman travelled to China as a guest of Huawei