August Smart Lock: Everything you need to know

Manage your home security from your smartphone with August Smart Lock.

What are smart locks?

As the name suggests, smart locks operate electromechanically to secure your home and are considered to be the next wave of home security. This means that instead of requiring a key to open your door, you can use your smartphone or a special fob to unlock and lock it whether you’re home or away.

Smart locks provide a level of convenience and flexibility that simply isn’t possible with traditional locks. Securing your door with a smart lock means you can let visitors inside your home by simply emailing or texting them a temporary virtual key or a PIN to use. Letting guests or tradespeople in while you’re not home without having to stash a key under the mat or arrange a meeting is handy and getting a notification on your smartphone any time someone comes and goes is both convenient and reassuring.

Beyond average homeowners, smart locks make a lot of sense for Airbnb hosts who have to deal with frequent key changes.

You can still use a regular key to open a smart-lock equipped door, but you’ll no longer have to rummage around for your keys when your hands are full of grocery bags. Smart locks use common wireless communication protocols such as Bluetooth, Wi-Fi or Z-Wave to communicate with your digital key stored on your smartphone so the door will automatically unlock when you’re within proximity.

Smart locks also run on batteries so that they are not affected by power outages.

What else should I look for in a smart lock?

Different brands of smart locks use different wireless communication protocols, but our recommendation is to go with one that uses Bluetooth as they don’t burn through battery life as quickly as Wi-Fi or Z-Wave do. With Bluetooth, your lock’s batteries should last a year or longer. Bluetooth can also connect directly with your phone or tablet so you won’t need to invest in an additional hub device to get it working.

Interoperability with third party platforms is another thing to look for so that you can control your smart lock from any smart device you might own. The August Smart Lock, for instance, supports Apple Homekit, Google Assistant and Amazon Alexa so you can literally ask Siri to unlock or lock your door.

The August Smart Lock is designed to clamp in place over the top of your existing deadbolt hardware, making it relatively painless to install. The only tool you’ll need is a screwdriver. If you would like to know more about the installation process, take a look at August’s installation guide. Kwikset also sells a smart lock called the Kevo Convert that clamps over your existing deadlock.

It’s worth noting that the August Smart Lock will only work with a deadbolt that is mounted and operates independently of the door handle. An integrated door handle and deadbolt mounted together on a metal plate or in a single metal unit will not work. 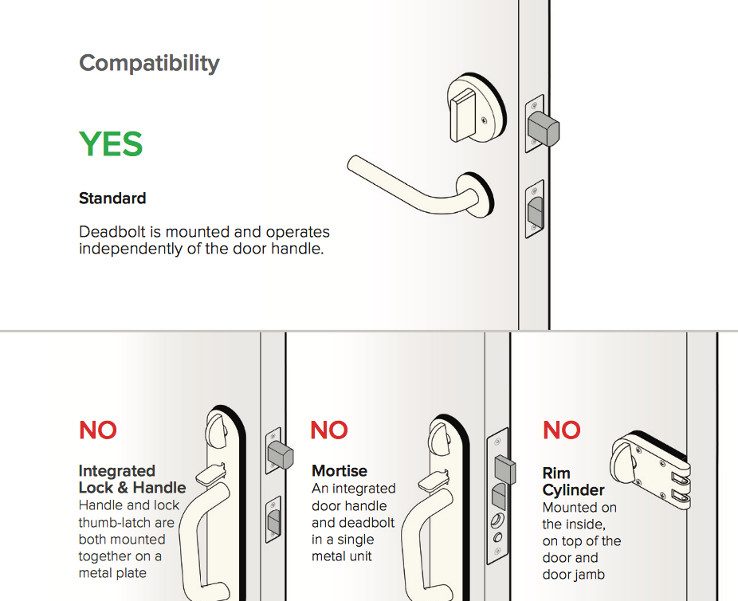 While August works with a lot of standard deadbolt brands, they won’t work with all of them so be sure to check with August’s compatibility chart before buying.

Outside of the smart lock itself, August offers a few other products to further extend the smart home experience. 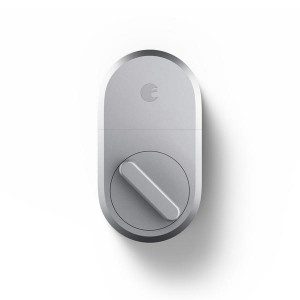 The August Smart Lock is at the very centre of the August Smart Home Access ecosystem. The Smart Lock replaces only the interior side of your standard deadbolt so that the exterior door hardware stays exactly the same, allowing for a fairly seamless installation.

Once installed, download the August Home app to pair the lock with your phone. The app can also be used to create virtual keys for guests and for keeping track of who comes and goes regardless of whether they are using a virtual key or a traditional key.

The September redesign also upped the battery life of August Smart Lock. Powered by four AA batteries, August claims its lock should now last for at least six months. Should the lock's battery die, your regular key will still work. 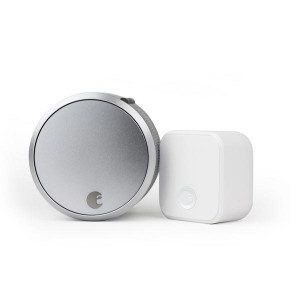 The August Smart Lock Pro retains all the features of the standard Smart Lock and adds in support for Apple HomeKit and Siri, as well as compatibility with the Z-Wave Plus communication protocol for integration with other smart home products. 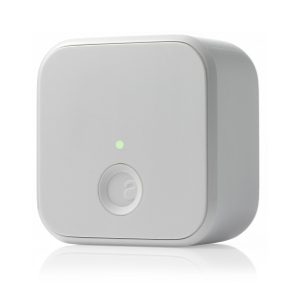 August Connect is a companion accessory (sold separately) that plugs into your home’s power outlet and connects to your Wi-Fi network so you can control your August Smart Lock from anywhere. 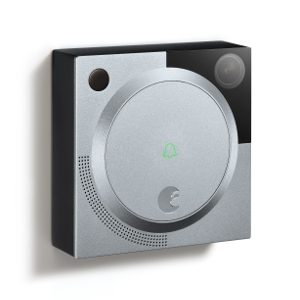 The August Doorbell Cam has an HD camera, speaker and microphone onboard so you can not only see who’s at your front door but also speak to them as well. The Doorbell Cam keeps a live video feed running so that you can tune in via your smartphone and monitor any activity at your doorstep. 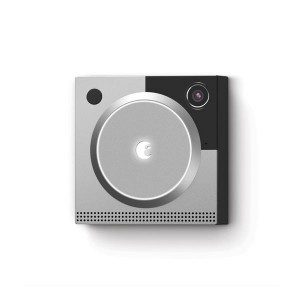 Releasing in October 2017, August Doorbell Cam Pro upgrades the original Doorbell Cam with a built-in floodlight for better vision at night and higher video quality. The Pro also introduces a new feature called Hindsight which records video from a few seconds before movement is detected by its motion sensor, ensuring that you don't miss the moment an unwanted visitor approaches your doorstep. 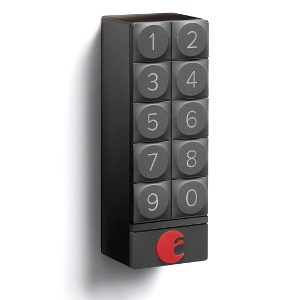 What if the person you’re trying to let in through the door doesn’t have a smartphone with them? The August Smart Keypad is designed for specifically that purpose. Create a unique entry code that family and guests can then punch into the Smart Keypad to unlock your August Smart Lock.

Note that the installation process is a little bit more involved and you’re going to need to use an electric drill to mount the Smart Keypad on your door.