Today at Gamescom, Activision announced the multiplayer mode for the upcoming Skylanders: Superchargers, a race mode that pits players against each other in splitscreen and through online matchmaking.

When we first revealed Skylanders: Supercharges, the arrival of vehicles into the famous toys-to-life pioneer was not only an exciting addition, but one that opened the door to new gameplay experiences for fans. A racer of some sort seemed like a no-brainer – but would it be a separate spin-off title? A secondary mode? How would it play? Today we can answer those questions:

Multiplayer in Skylanders: Superchargers will follow the template laid out and popularised by Mario Kart over two decades ago. Eight karts duke it out on spectacular, obstacle-filled tracks, hitting boost pads, using power-ups and risking shortcuts as they go. The Starter Pack will come with six tracks – two land, two sea and two air. Sadly, the Starter Pack only comes with a car, so out of the box you will have only the two tracks playable, with the others requiring additional purchases to unlock, or friends with the required vehicles.

In addition to the meagre six tracks in the Starter Pack, a further six will appear in lots of two, bundled in with characters that are purchased separately. Called Racing Action Packs, there will be one for Land, Sea and Air, and each will include a SuperCharger, their signature vehicle and a villain trophy. The latter unlocks the two new tracks, four boss villains and even new modes such as the SuperVillain Cup, Boss Pursuit and Mirror Cup.

It is currently unclear whether the Racing Action Packs will all be available at launch or staggered over time, but I anticipate at least one being available when the game hits on September 24.

How will Skylanders: Superchargers multiplayer work?

The game will provide two-player splitscreen and four-player online action, with private matches, matchmaking and tournaments on offer and bots filling out the 8-character grid. There will also be an asynchronous Time Trial mode with global leaderboards, as well as modes where you race against various boss characters, unlocked by the Racing Action Packs.

The idea of using online matchmaking, but having tracks tied to the release and purchase of certain character packs does raise an immediate concern; will this break up the available player pool in territories like Australia where the online count at any time is unlikely to be as solid as a Call of Duty or Halo? Will Activision provide a means to allow people to play on tracks online that they may not own for offline play? We await answers.

It is worth noting, however, that the online multiplayer matchmaking won’t be restricted to the racing mode – you will be able to play the main Adventure Mode in co-op online as well, which is a great announcement somewhat overshadowed by the reveal of a Mario Kart mode. 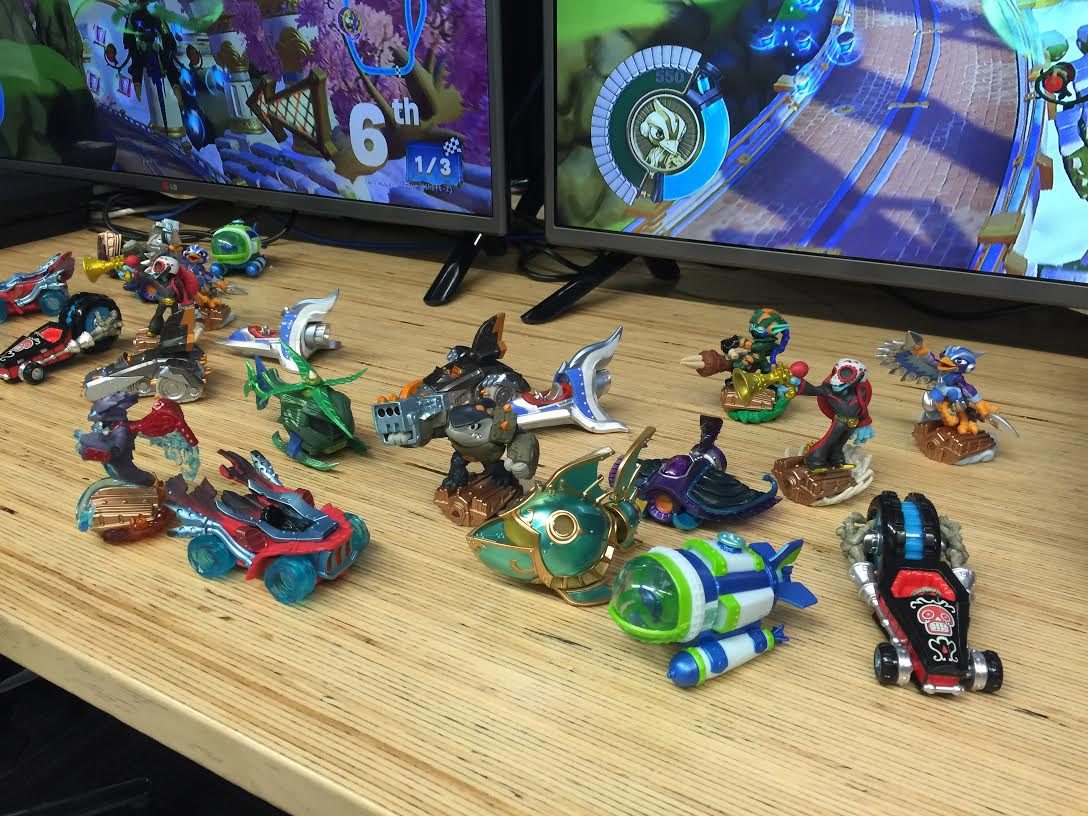 I was given the opportunity to play all six tracks from the starter kit and use a selection of the characters and vehicles seen in the above image. Like the main story experience, pairing the correct vehicle and character does supercharge your experience, but I was unable to discern any real gameplay or even visual enhancement to doing this in-game – at least, not in this early preview build. Hopefully supercharging your set-up will open some character-specific power-ups in the final release.

It also wasn’t revealed whether vehicles that have been customised and levelled-up by a player in their adventure will carry those bonuses across to multiplayer, or if the Mario Kart mode will have its own progression tree to climb? Both are desirable, but also run the risk of unbalancing the gameplay if not implemented smartly.

Vehicle handling differs between the three categories of vehicles – cars will drift through corners; water craft will dive on command and jump out of the water on resurfacing (a good way to access shortcuts and pick-ups); planes can bank sharply left or right and can move up and down through the “air tunnel” that defines the track. Outside of these differences handling is more or less the same; you can collect objects that will build up your boost meter, too, and look for power-ups, which activate automatically (in the current build) as soon as collected.

Skylanders SuperChargers Starter Pack - Wii U from Amazon US site

Kick your adventure into overdrive with the Skylanders SuperChargers Starter Pack.

One difference to other key titles in the genre is the ability to always attack. A reticule is permanently on the screen and it auto-aims at opponents – once locked you can fire your vehicle’s specific weapon at your foe. Vehicles accrue damage and will eventually break down for a small period, although one of the power-ups – a potion – can repair your ride. In the water stages you can also avoid damage by diving under water when you’re being tailgated.

On the power-ups, there was nothing I experienced that felt particularly novel. One gives you a boost, another a shield, another slows down your competitors and there is a rarer pick-up that gives you a “star” like experience of surging forward near invincible at a great pace. If this all sounds a bit stock-standard it’s because it is – not necessarily a failure of the game itself rather an inherent limitation of the genre.

Perhaps the most striking component of the Skylanders kart experience is the track design – it’s here where developer Vicarious Visions has really flexed its creativity. Each of the six tracks I played were based on areas from the main campaign and offered vastly different experiences rich with ideas and interactivity. All were circuit races with various alternate routes, except for one of the water-based stages - a downhill point-to-point that’s almost like racing down exotic, river-sized waterworks.

Each of the circuits looks incredible, with detail everywhere, spectacular threats – like dragons breathing fire down on the circuit – and world-specific obstacles to deal with. It’s exhilarating to see such on-screen activity rush past as you navigate to pick-ups and shortcuts while trying to keep an enemy locked in your sites. The land-based tracks featured half-pipes and jumps, the water-based tracks had full beneath the surface routes and waterfalls, while the air-tracks include vertical climbs and dives that twist the entire track through space in ways I have not experienced in a kart racer before.

It’s worth noting that, unlike Sonic & All-Stars Racing Transformed, the karts do not switch between land, sea and air categories mid-race. This does make sense within the grander toys-to-life genre constraints as, to be driven, vehicles need to sit on the Portal and stopping to switch between toys would not be good for your lap time (although they could introduce pit stops!)

I played on a PS4, and the general presentation and visual fidelity is a treat for gamers of any age. However, I fear older gamers (and parents) will be disappointed with the manner in which the Mario Kart mode in Skylanders: Superchargers is being monetised. If you’re going to build this mode and provide it in a $99 game, should you really be gating off elements so aggressively? Only having two tracks available out of the box, and having the remaining 10 tied to extra purchases, feels a bit rich for me and unfair on the kids.

Hopefully more will evolve on this front in the coming weeks and before release Activision will reveal systems or processes that open up more of this promising mode without requiring you to open more of your wallet. 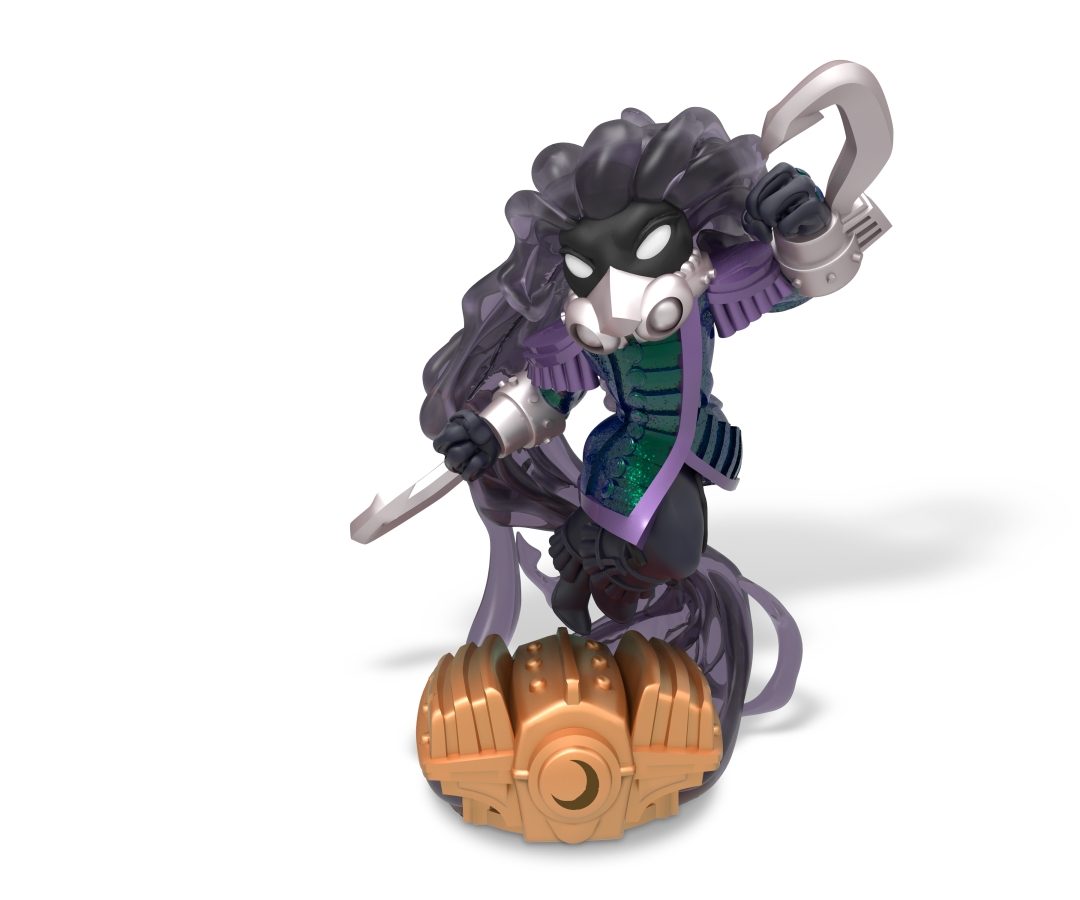 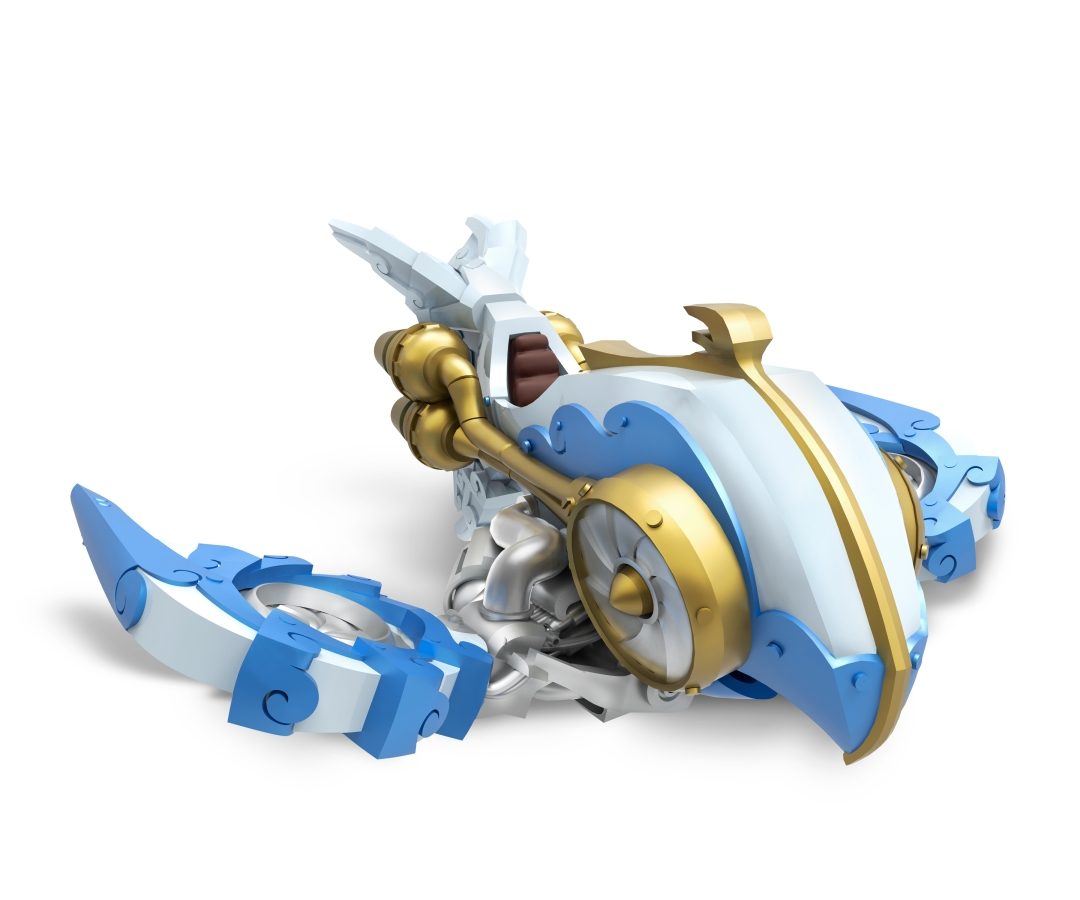 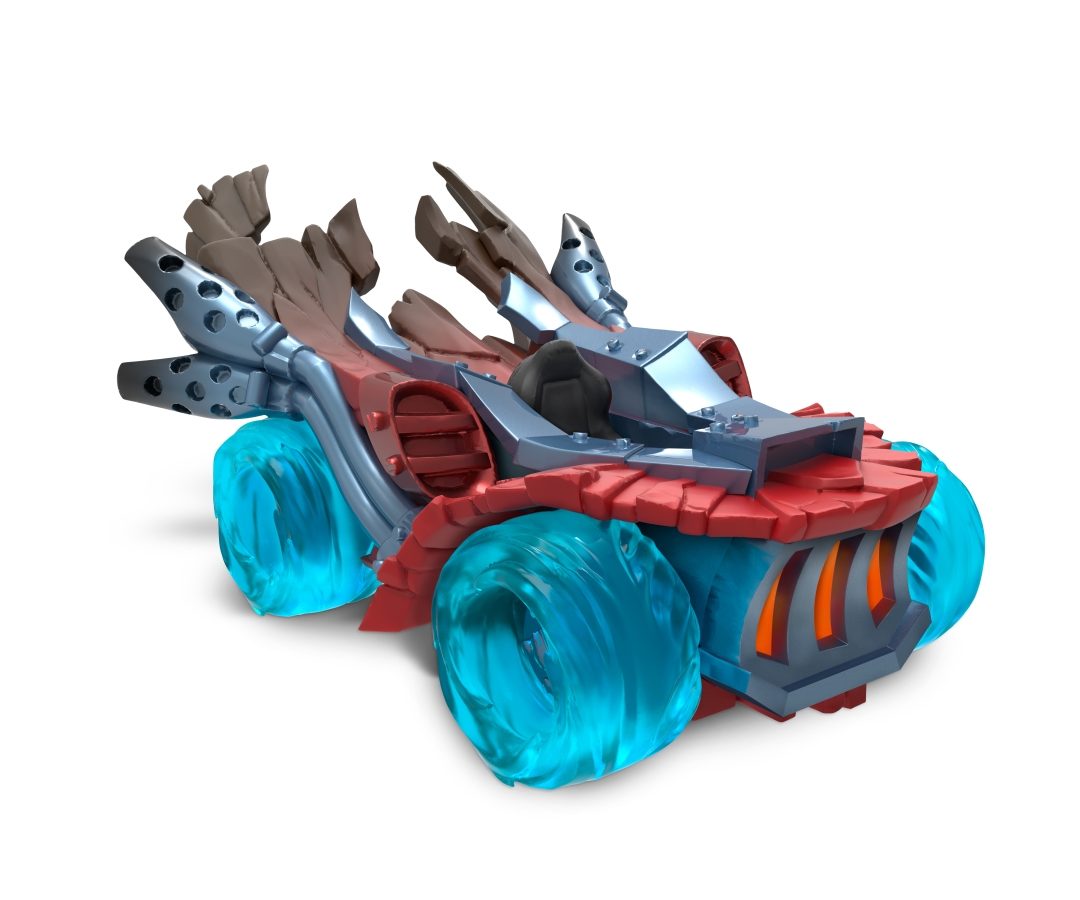 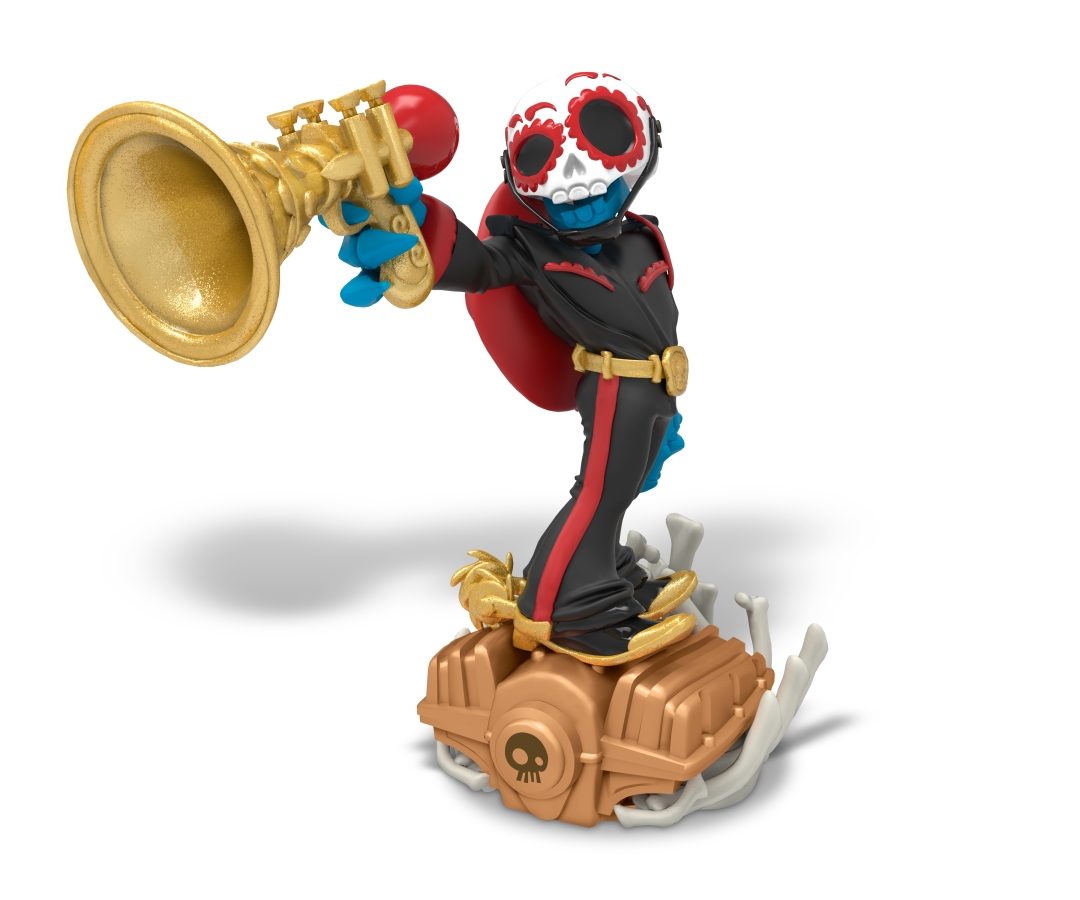 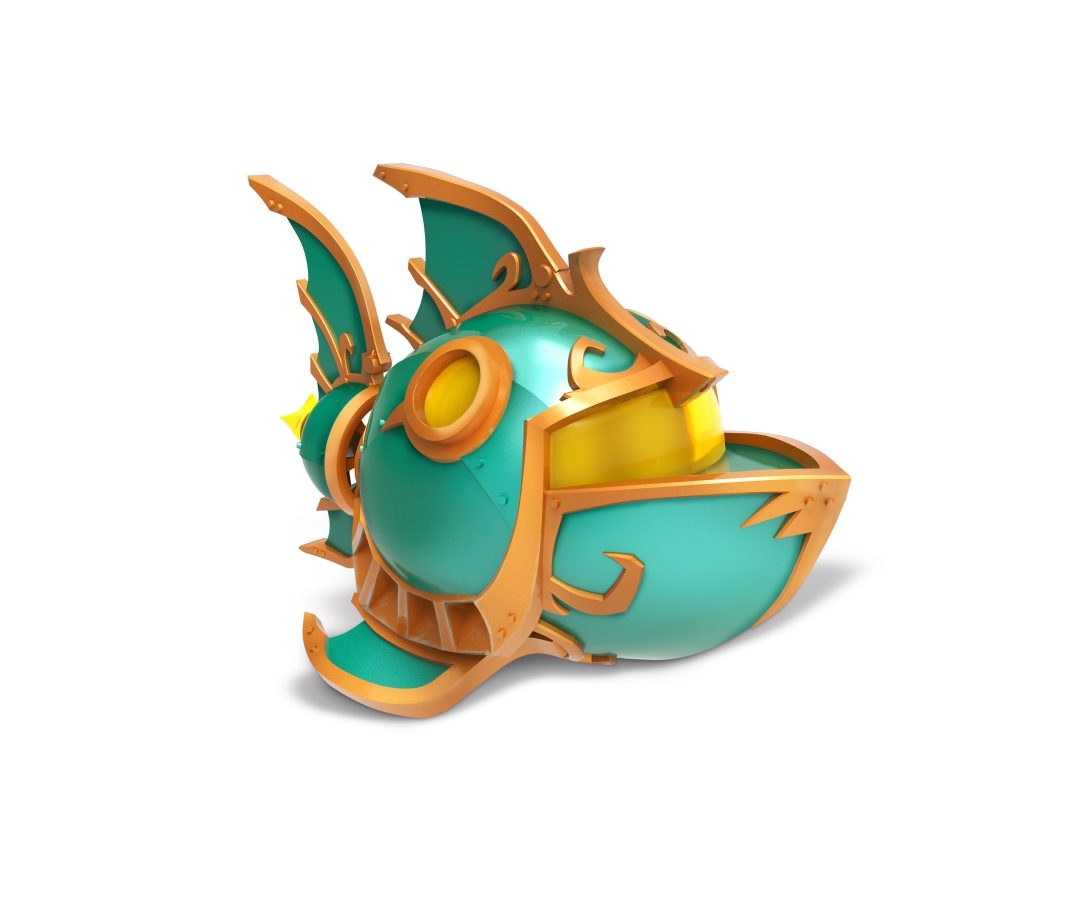 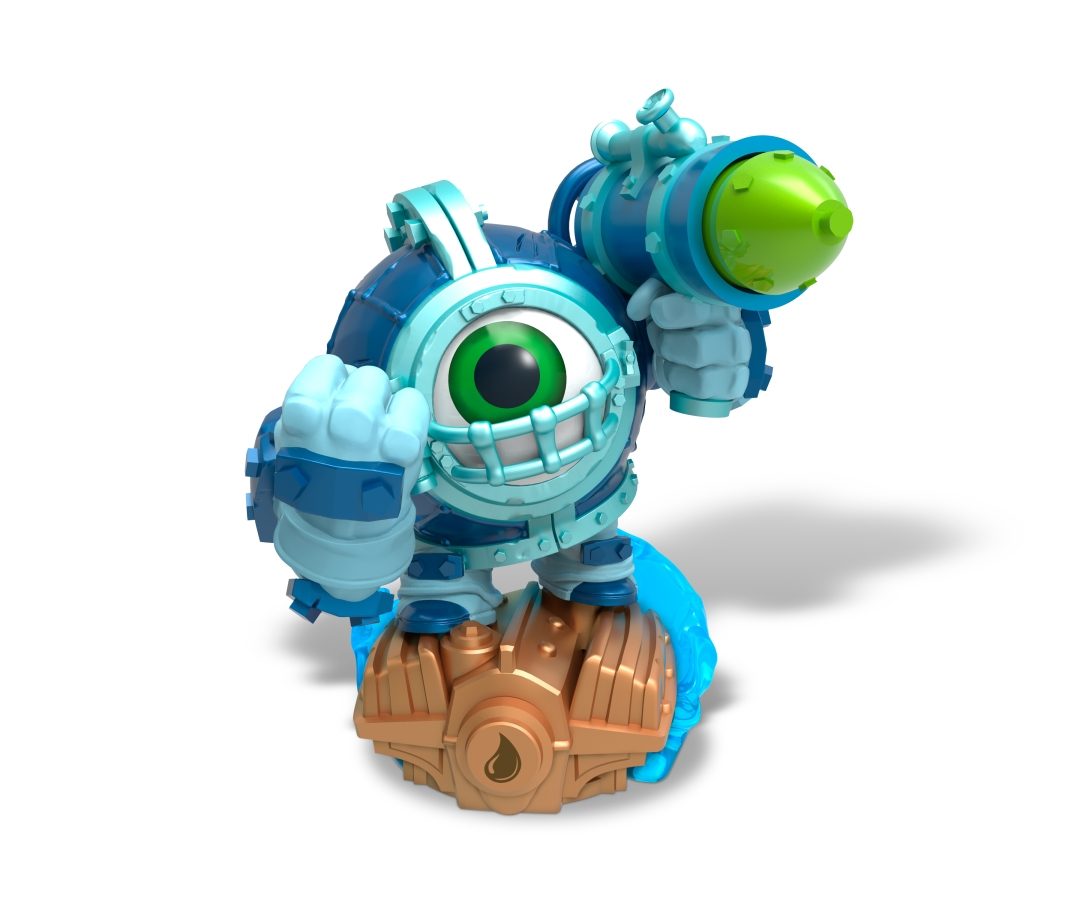 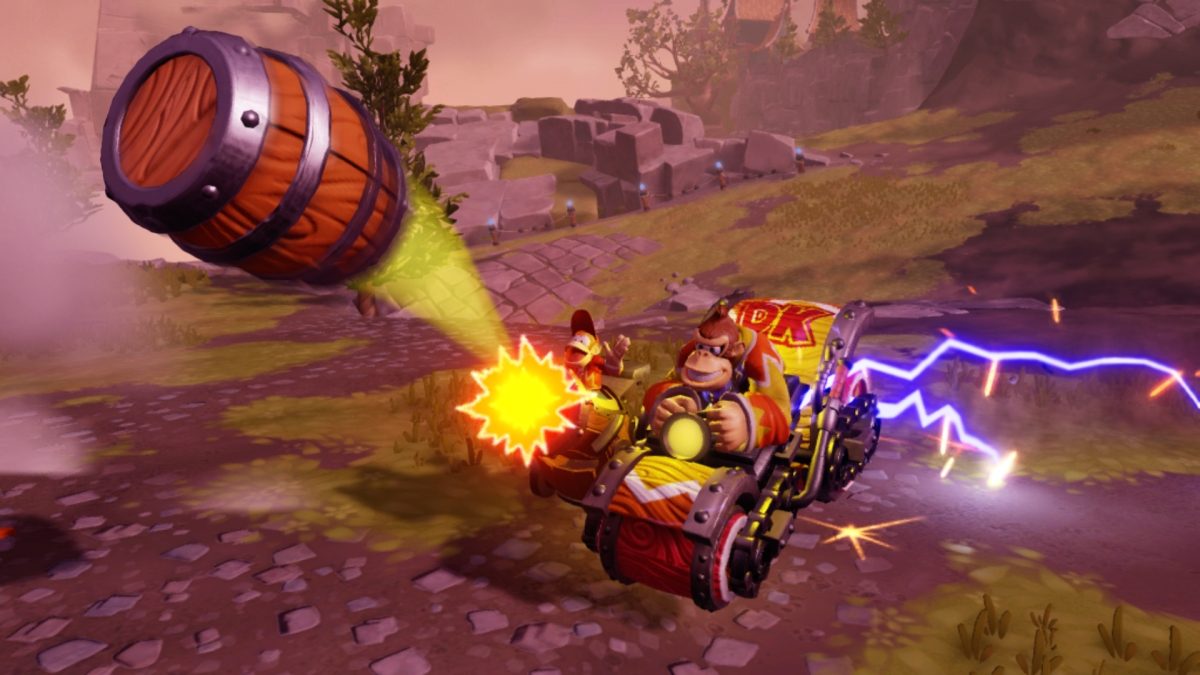 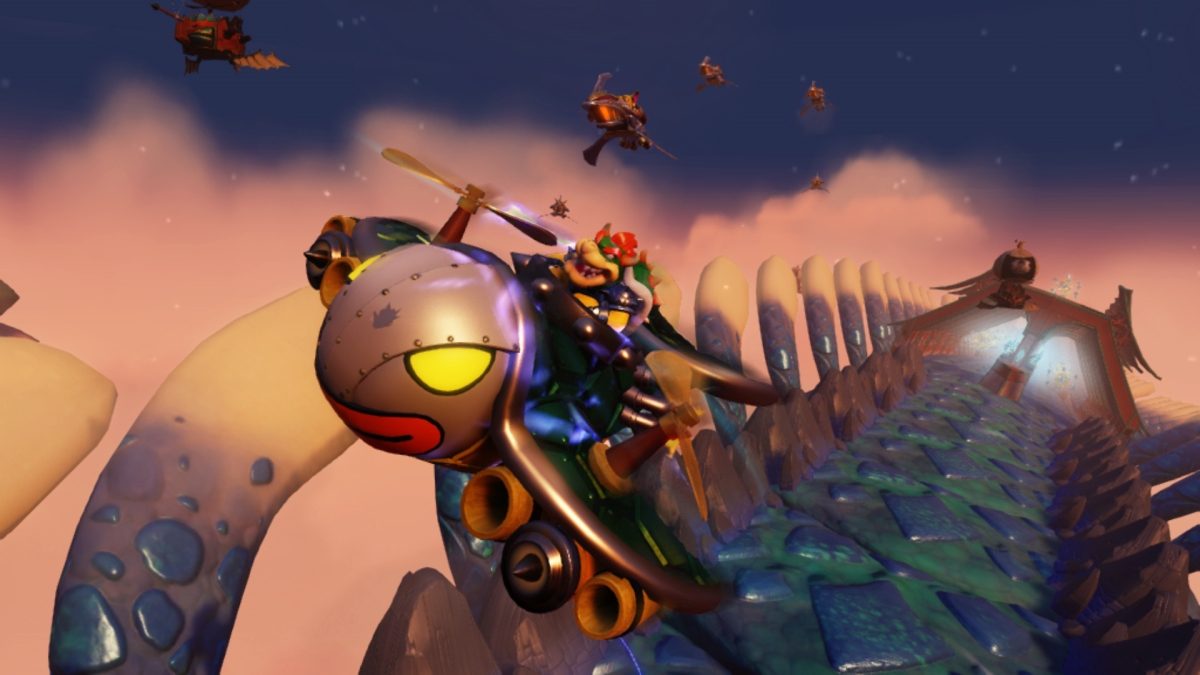 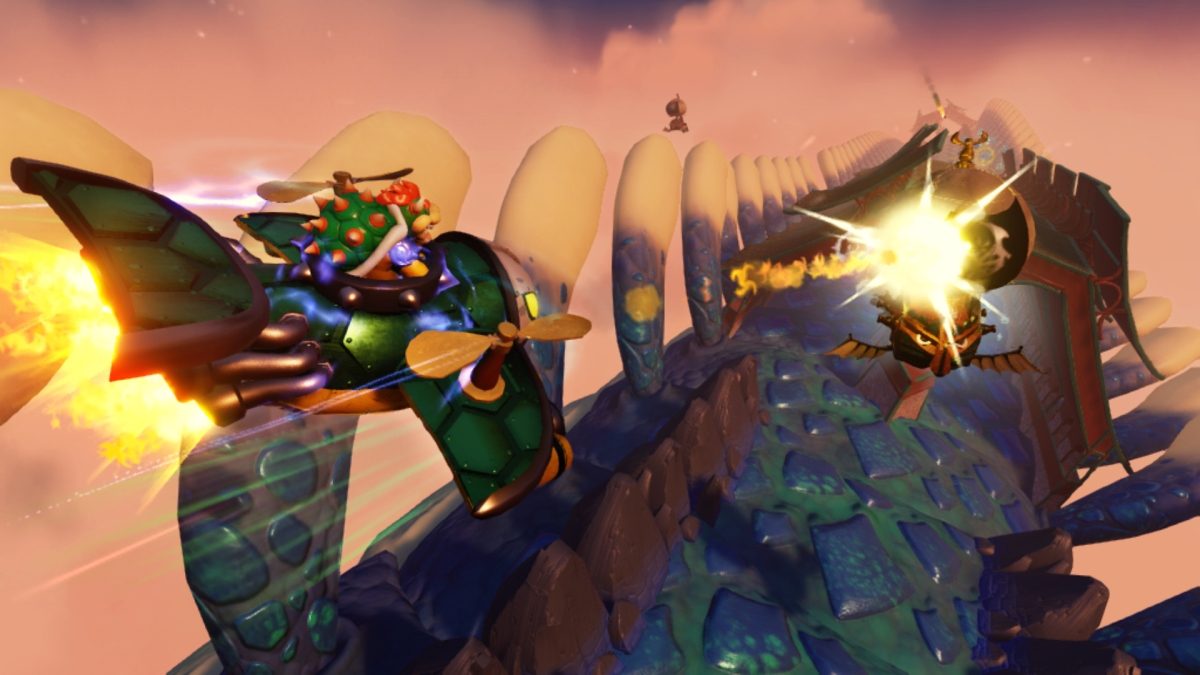