Quick verdict: The Skullcandy Hesh ANC headphones get you solid noise cancelling and good sound at a reasonable price.

Headphones with active noise cancellation (ANC) have become increasingly popular in the last few years. From Sony's acclaimed WH-100XM4 to Apple's ultra-premium AirPods Max, most of the options have one thing in common: they're expensive.

Enter the Skullcandy Hesh ANC. At $249.95, the headphones promise high-end noise cancelling at a not-so-high price. Do they live up to this bold claim? After plenty of testing, I say they do, albeit with a few caveats. 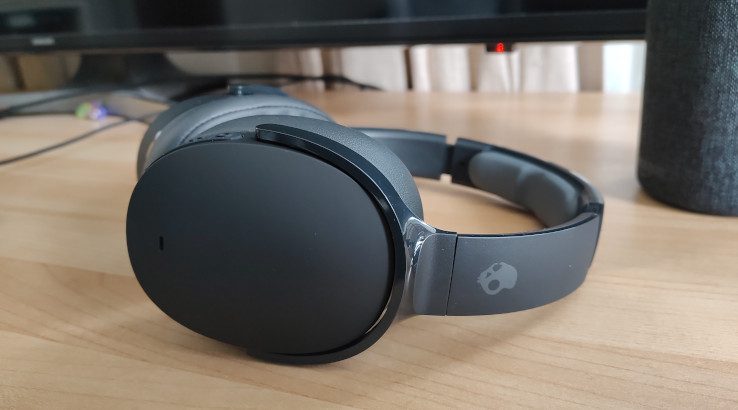 While the name "Skullcandy" might conjure images of vibrant, ostentatious headgear, the Skullcandy Hesh ANC headphones are anything but. Their all-black design is simple and unassuming, intended to blend into the background rather than draw attention to the wearer. This makes them well-suited for use in professional environments such as the office as well as at home or on the go.

The Hesh ANCs are quite compact for a set of over-ear headphones. Weighing in at 228g, they sit softly yet firmly on the head, their clamping pressure absorbed by the supple ear cushions. Each cushion fully encompasses the ear to create a secure seal that, even without the ANC turned on, blocks out a decent amount of ambient noise.

I spent many hours testing the headphones and not once did I feel any pinching or discomfort. An adjustable headband and rotating ear cups ensure heads of various shapes and sizes can find a fit that's comfortable for them.

Though predominantly plastic, the Hesh ANCs feel solid enough to justify their price tag. Both the ear cups and the headband resist pressure with reassuring strength, making me confident that they'll endure plenty of jostling around in your bag and even survive the occasional hard drop.

Speaking of portability, you can fold the Hesh ANCs in on themselves when travelling so they take up less space and are less likely to catch on other objects. The headphones even come with a drawstring carry bag to keep them in when not in use.

Like most wireless headphones, the Hesh ANCs house a few quick-access controls on the right ear cup. There's the power button that doubles as a play/pause button and lets you answer or end calls, volume up and down buttons that also let you skip music tracks and a pairing button that toggles noise cancelling and Ambient modes.

These buttons sit close together on a single unbroken strip of plastic. The lack of separation between the buttons makes it easy to hit the wrong one, and I often found myself pressing the pairing button instead of the volume up button or vice versa. The raised symbols on each button aren't quite distinct enough that I immediately knew which button I was touching.

Pressing the buttons isn't as simple as it should be, either. Because they're all part of a contiguous piece of plastic, they don't have the clear, unambiguous response of a self-contained button. Instead, they feel mushy, and I occasionally had to hit a button multiple times to get it to register. 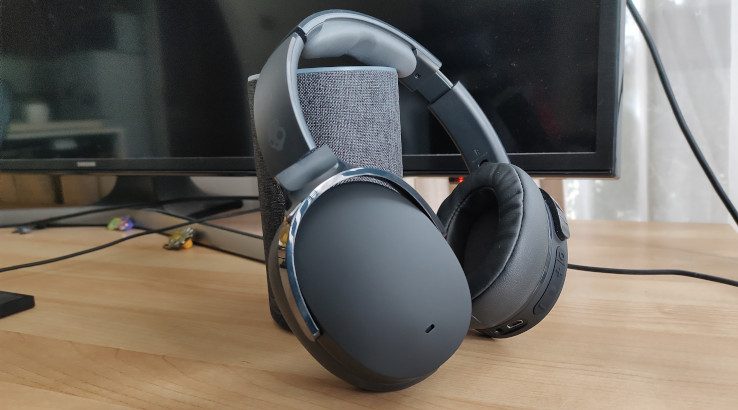 Compact as they are, the Hesh ANCs pack plenty of power. Music pops regardless of genre. Highs are clean and sharp while mids are big and expansive. The bass is especially impressive, pumping out with more physical force than you typically get from headphones of this size.

Softer melodies sound great, too. The Paradise Killer soundtrack is bright and bouncy, its jazzy tunes sharp and rich. The haunting strings and mournful piano of the Nier: Automata soundtrack resonate with beautiful clarity. Folksy tracks from acoustic guitar outfit City and Colour come through crisp and raw.

Like the bass, overall volume output is impressively powerful. You can pump it loud enough to really assault your ears should you want to, and the audio quality doesn't suffer at all for it.

Of course, audio quality is only part of the equation for a set of noise-cancelling headphones. The good news is that the active noise cancellation (ANC) on the Hesh ANCs works well, with its four built-in mics effectively identifying and negating ambient sounds such as the clacking of a keyboard, the drone of nearby traffic or the buzz of office chatter. Speech dampening is where it really shines, significantly reducing the amount of background conversation that bleeds through when using the headphones in a busy office or other public space.

Working in conjunction with ANC is Ambient mode. When activated, this uses the headphone's mics to amplify surrounding sounds instead of muting them, allowing you to better hear conversations or other important noises around you. This, too, works well. It's a totally viable option for engaging in a quick conversation with folks around you without taking the headphones off or adjusting the volume.

As effective as the ANC is, it does come with a caveat. Activating noise cancelling has a noticeable impact on audio quality, dramatically reducing the bass and making the overall mix sound less full. With the diminished bass, treble tones become more prominent, altering the mood of a lot of heavier tracks. Music still sounds decent, but it lacks the power and presence you get with noise cancelling turned off. It's a sacrifice – one that noticeably compromises bass-heavy music.

Since the Hesh ANCs are designed for use with your phone, they have a built-in mic for when you need to make or take a call. Voice quality is decent, capturing speech clearly enough for phone calls and video conferencing despite the lack of a boom mic.

Battery life on the Hesh ANCs is roughly on par with the competition. With ANC on, you get around 22 hours off a single charge. Leave it off and you can squeeze out several more hours. Charging is nice and fast, too, with USB-C delivering 3 hours of use from just 10 minutes plugged in. One minor gripe is that there's no battery indicator on the headphones. To check the current battery level, you need to pull up the Bluetooth connection on your phone, and the estimates there tend to be vague and imprecise. Skullcandy is going for simplicity with the Hesh ANCs, eschewing a wide range of features in favour of maximising ease of use. There's no support for the headphones in the official Skullcandy mobile app and no way to tweak the sound with custom EQs or audio profiles.

On the plus side, pairing is quick and easy. Simply hold the pairing button to enter pairing mode and then select the headphones from the Bluetooth menu on your connecting device.

One handy feature worth calling out is the inclusion of a 3.5mm jack and removable 3.5mm cable. This lets you continue using the headphones if the battery runs out or if you want to use them with a device that doesn't support Bluetooth.

Like the recent Skullcandy Indy ANC wireless earbuds, the Hesh ANCs support Tile finding technology. Using the Tile mobile app, you can ping the Hesh ANCs to have them play a tracking tone, helping you locate them if you forget where they are. Just remember that Tile operates over Bluetooth, so you need to be in relatively close proximity for the tracking tech to work.

Should you buy the Skullcandy Hesh ANC headphones?

Skullcandy positions the Hesh ANCs as an affordable entry point into the world of noise-cancelling headphones, and that's exactly what they are. They deliver great audio and solid noise cancellation at a reasonable price. It is unfortunate that audio quality takes a hit when activating noise cancelling, but it's an understandable compromise given the lower cost compared to your typical set of ANC headphones. 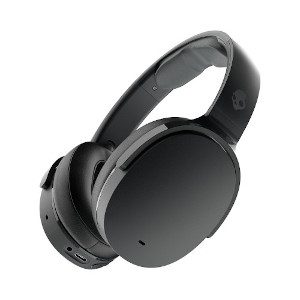 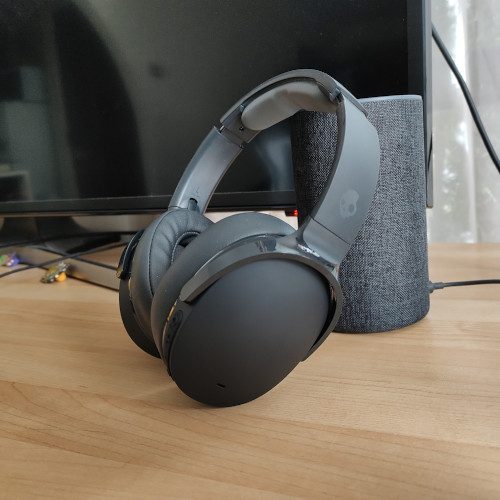