Singapore Airlines' SilverKris Business Class Lounge in Melbourne is a cosy place to relax or work, but is perhaps a little too cosy. Shing Kam finds out.

As a Singapore Airlines business class passenger departing out of Melbourne Airport, I was granted access to the SilverKris Lounge in terminal 2 prior to my overnight flight to Singapore. This lounge is one of Singapore Airlines' older outstation lounges across its network which underwent a refurbishment in June 2013 to better align the decor with its home lounges in Singapore. 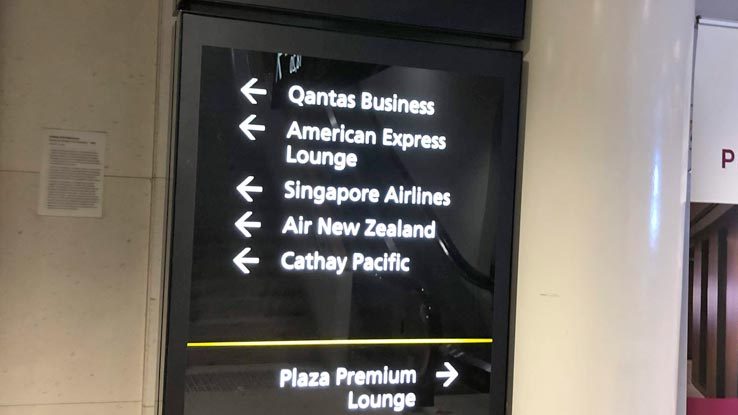 Alongside the Air New Zealand lounge, this is one of two Star Alliance lounges at Melbourne Airport, tucked away one floor below the main international departures concourse among a plethora of other lounges in terminal 2. 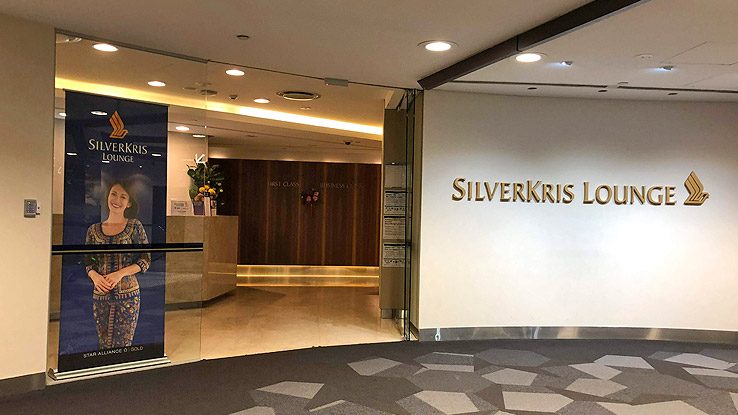 Greeting you once inside the entrance of the lounge is a striking wood-panelled wall, with the metallic lettering emblazoned on the wall dictating which wing of this lounge you're entitled to access. 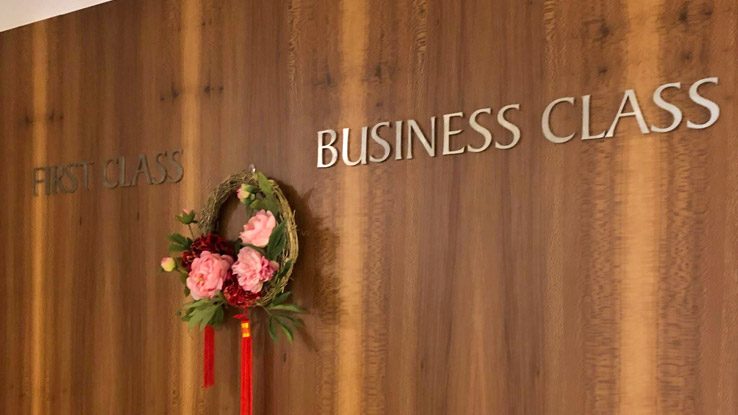 This lounge is divided into two wings Image: Shing Kam/Finder

The lounge is segregated entirely into two separate spaces, with the right-hand side set aside for business class (the focus of this review) and the other reserved exclusively for first class passengers.

The business class lounge is brightly lit and well appointed. Rows of leather armchair seating run parallel alongside the hallway and extend to the end of the room, with frosted glass partitions providing some privacy from the walkway. This area is backed on both ends by floor-to-ceiling glass windows, though these only allow in light from the concourse hallway and not the tarmac outside. 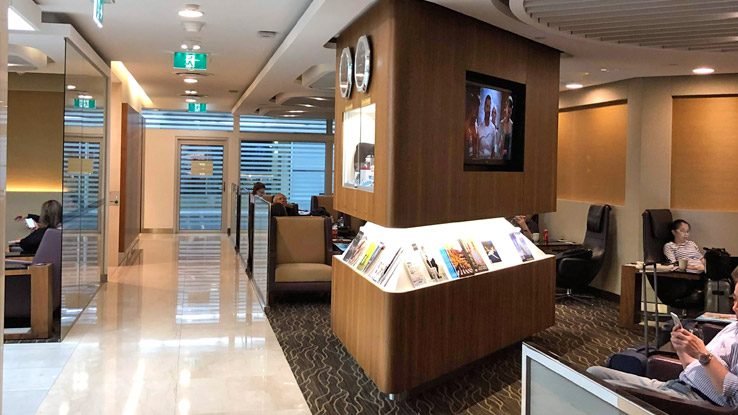 To the left, adjacent to the food and beverage stations, are several more rows of armchairs. Encircling the lounge on both sides are portly swivel leather chairs and glass-topped cocktail tables, which can slide out to double as a workstation. 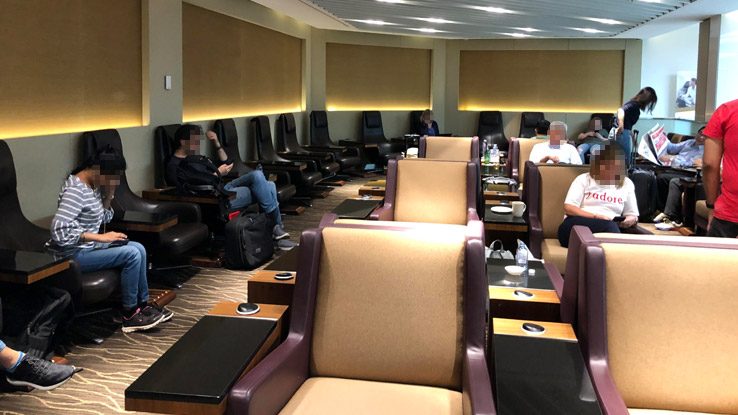 If you're looking to top up your phone or charge your laptop in anticipation of working onboard, you've come to the right place. Every single cocktail table slotted alongside each armchair in the lounge features a power point. Dedicated USB ports are notably absent, so don't forget to bring your whole phone charger should you want to charge your phone here. 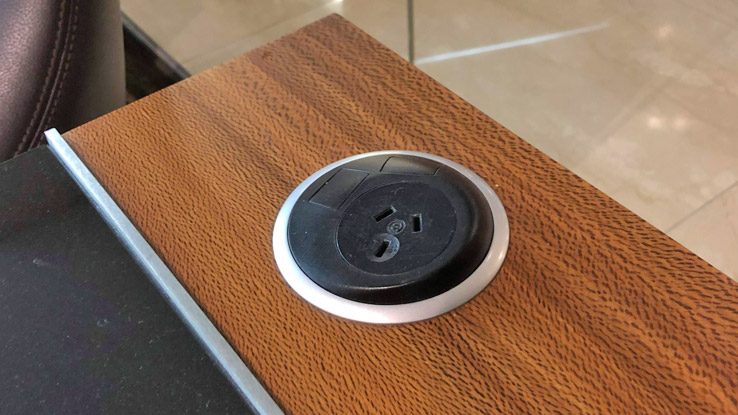 As a nod to the airline's Singaporean roots, fried finger foods such as spring rolls and samosas were on offer, alongside hot dishes of stir-fried noodles, curry chicken, steamed rice and a simmering pot of congee! 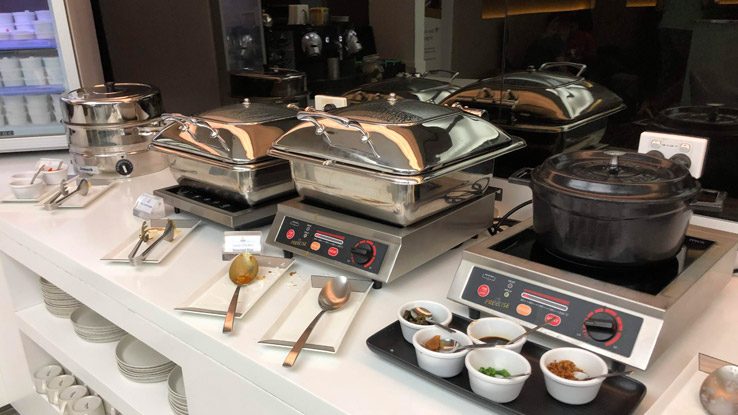 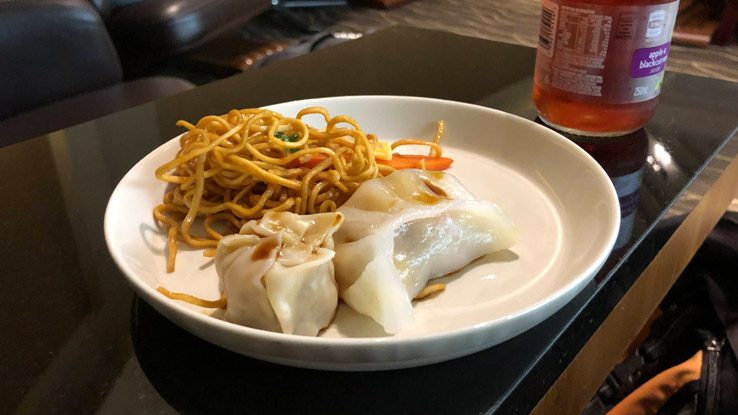 You can also complement your meal with some freshly steamed dumplings, then finish off with a small tub of ice cream from the self-serve fridge. 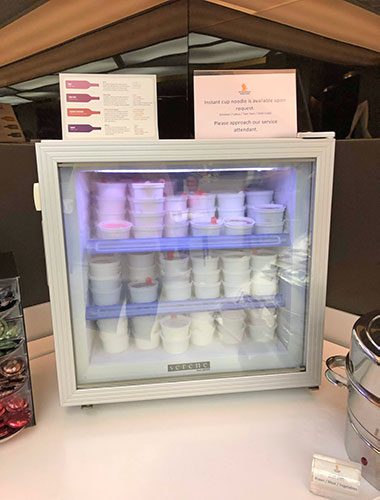 Don't forget to pair your meal with a drink from the self-serve alcohol selection! 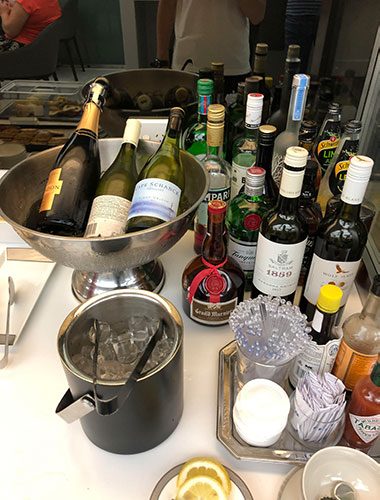 Salads and fruits are also available for those with a lighter snack option in mind. A centrally-located stand showcasing an assortment of duty-free items available through KrisShop acts as a cheerful novelty addition to the lounge and piques the curiosity of many. Surrounding this column stand is a literature shelf containing the latest KrisShop and KrisWorld magazines, among other related airline and travel literature. 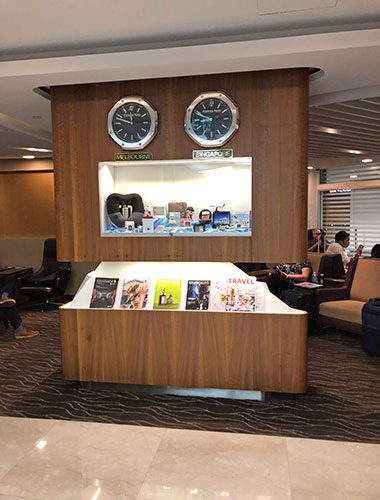 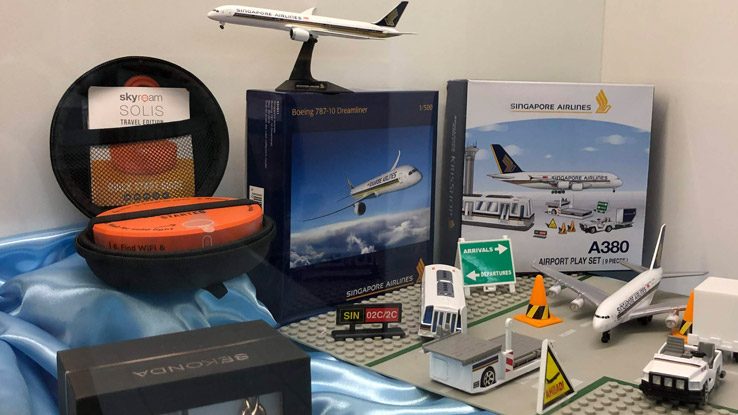 The bathrooms are modern, functional and were kept sparking clean. Two shower rooms are also available for those who want to freshen up prior to departure. 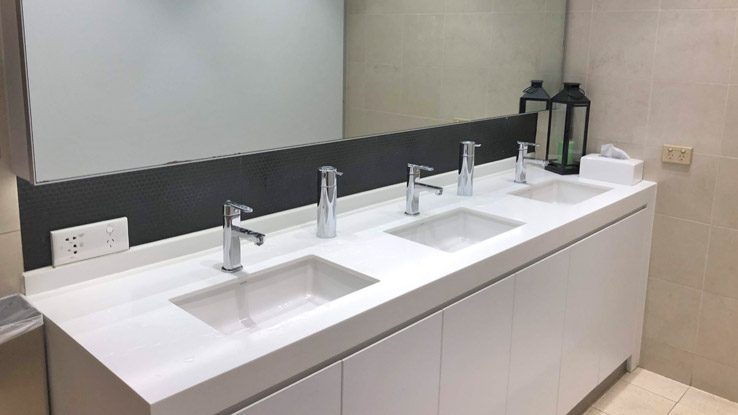 Pick a seat around the edge of the lounge if you're after the comfort and convenience of your own little workstation.

The most immediately obvious drawback is the limited floor space available in this lounge. In stark contrast to the sweeping spacious SilverKris lounges passengers are treated to in Singapore, this lounge is very cosy in comparison. As the night wore on and the lounge further approached capacity, this problem was only further exacerbated. 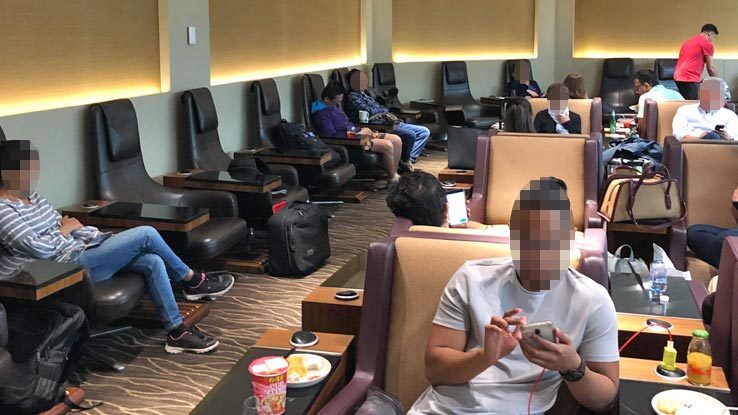 A strong source of natural light and sweeping tarmac views is an ideal staple of any decent airport lounge. Unfortunately, as a result of being relegated to the confines of terminal 2's ground floor, this lounge doesn't possess any of either. 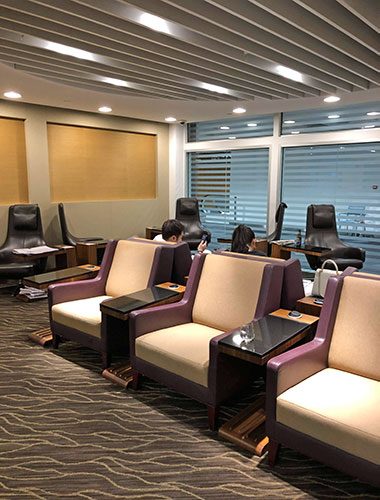 This didn't impact me personally as I was departing on a late-night flight where coffee is usually not a priority, but it's worth noting for passengers departing earlier in the day. There's no barista coffee service available in the SilverKris lounge, with your caffeine cravings serviced by commercial-grade Nespresso machines instead. For those who insist on barista coffee, the Air New Zealand lounge one floor down can meet your needs. 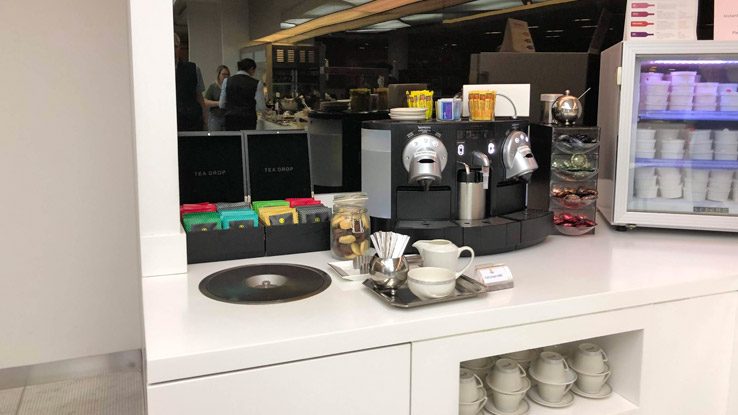 The Singapore Airlines SilverKris Business Class Lounge is a great lounge that's hampered by a small footprint and lack of tarmac views. This lounge is fantastic for dropping in briefly to enjoy some downtime before your flight, but isn't worthy of arriving extra early at the airport for.

THE FINDER LOUNGE REVIEW PROMISE: Our lounge reviews are based on a visit to the actual lounge during normal operation. We offer an honest and open critique from one of our frequent flyer experts, and update with any relevant news as it comes to hand. Being in a lounge should always be more pleasant than just being stuck with waiting at the gate, but we won't shy away from highlighting issues. Learn more about how our scoring works.

Location: Airside, level 1, terminal 2, Melbourne International Airport (near gates 9 and 11)
Opening hours: Open 3 hours prior to departure of each Singapore Airlines flight (except SQ 247 to Wellington when it opens 2.5 hours before departure), subject to departure schedule change and daylight savings adjustments.

Who can get in?

By class of travel

Shing Kam is an accountant, aviation geek and guest contributor at Finder. He has used miles and points in the last four years to travel in First and Business class on many different occasions, which he reviews and shares on Instagram. When he’s away from home, he is crossing countries and airlines off his bucket list in search of the world’s greatest bowl of noodle soup.