This is Singapore Airlines’ lowest-tier lounge, made for Star Alliance Gold passengers travelling in economy

Singapore Airlines has a unique approach for its KrisFlyer Gold passengers and other partners such as Star Alliance airlines and Virgin Australia.

Rather than have everyone in the SilverKris Business Class Lounges, Singapore Airlines opted to create a separate series of KrisFlyer Gold Lounges in Changi T2 and T3, which specifically are for Gold-status passengers travelling in economy.

These KrisFlyer Gold Lounges opened in 2007 along with the new T3 extension at Singapore Changi Airport. Virgin Australia Velocity Gold and Platinum passengers have access here with one guest when they're both travelling on an SQ-operated flight out of Singapore.

I visited the lounge on a Sunday evening as a Velocity Gold member, before a Singapore Airlines flight back to Sydney. This lounge got very busy at night.

The food was decent

Given the lounge's relatively small size and ranking in the pecking order, the hot and cold food options aren't too shabby.

There were Western options, such as steamed white fish in lemon sauce with potato wedges. 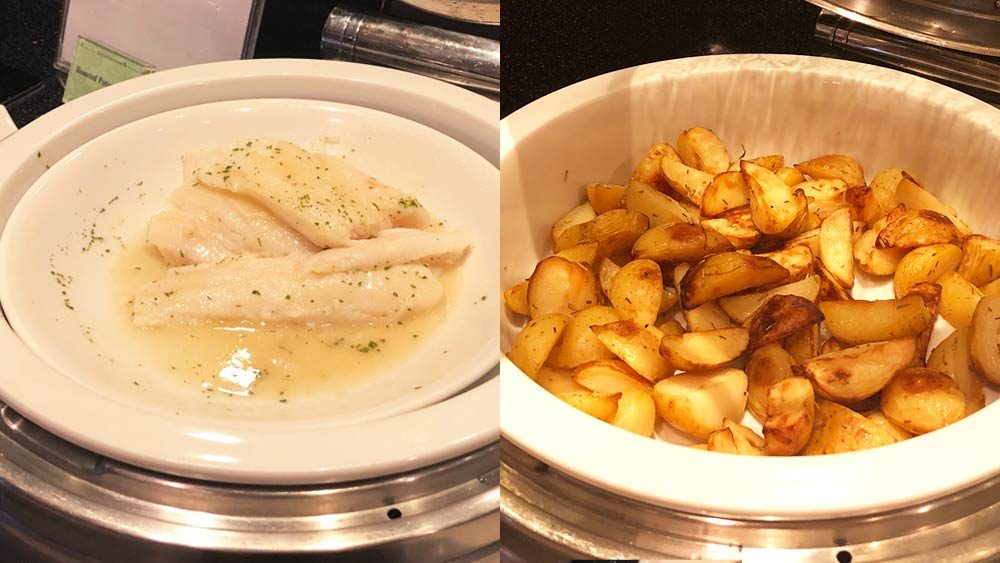 Of course, there were a number of Asian and Indian dishes as well. Pictured is the braised black bean sauce (left) and tomato upma (right), which is an Indian dish of thick porridge. There were some interesting dim sum options as well like glutinous chicken rice and steamed chicken buns. There were also vegetarian dumplings. 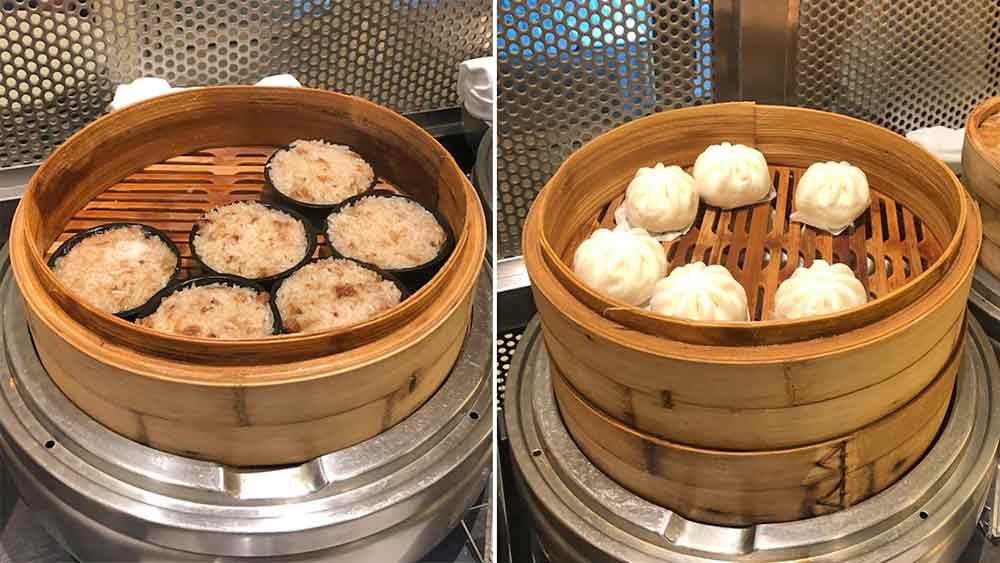 For something cold, salads and pre-packed sandwiches (egg and chicken options) were by the side. 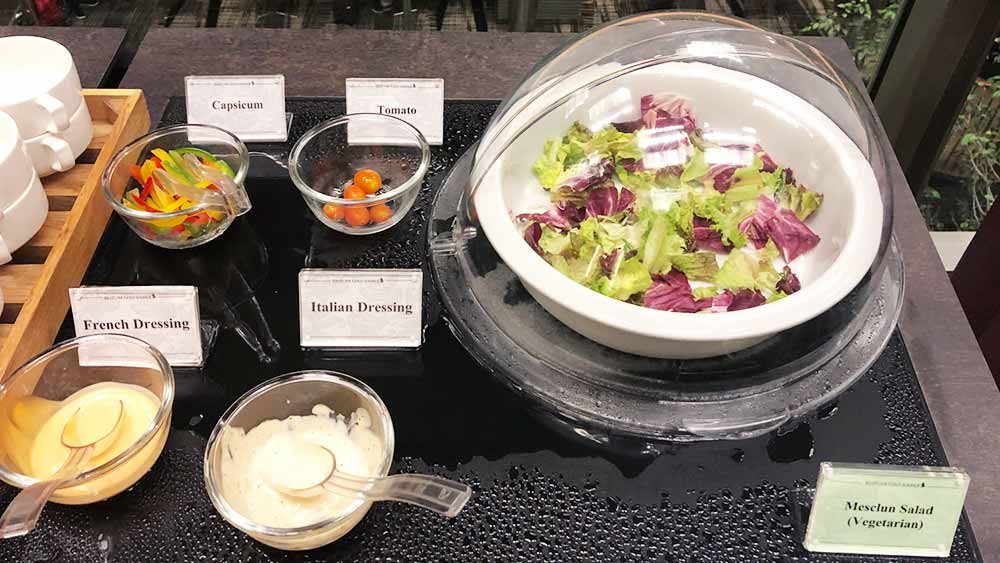 On the drinks side, you can find a limited assortment of spirits and basic wines. 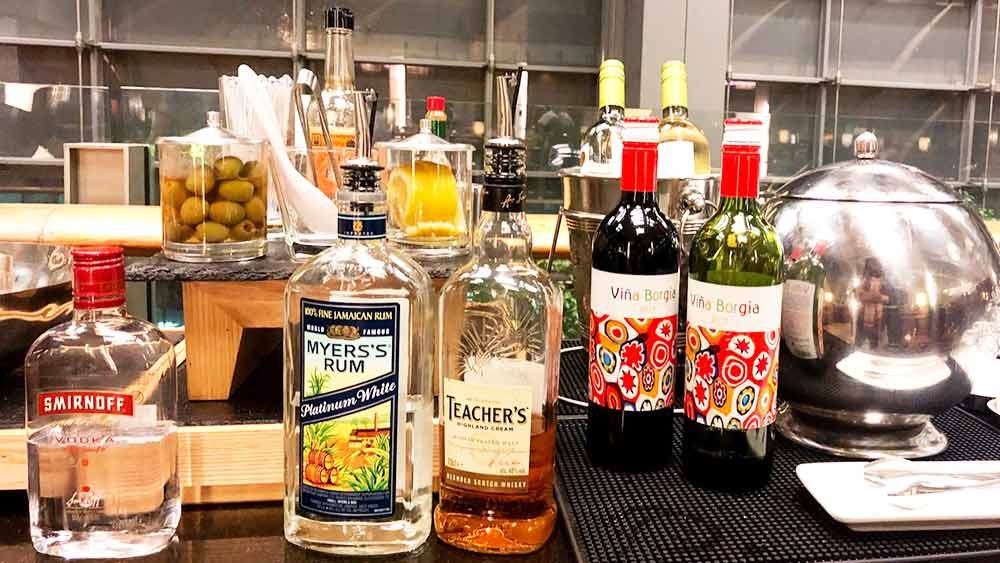 Thankfully, Singapore Airlines' signature TWG teas do make an appearance here, although the selection is nowhere as large as what's found in the superior SilverKris Lounges. 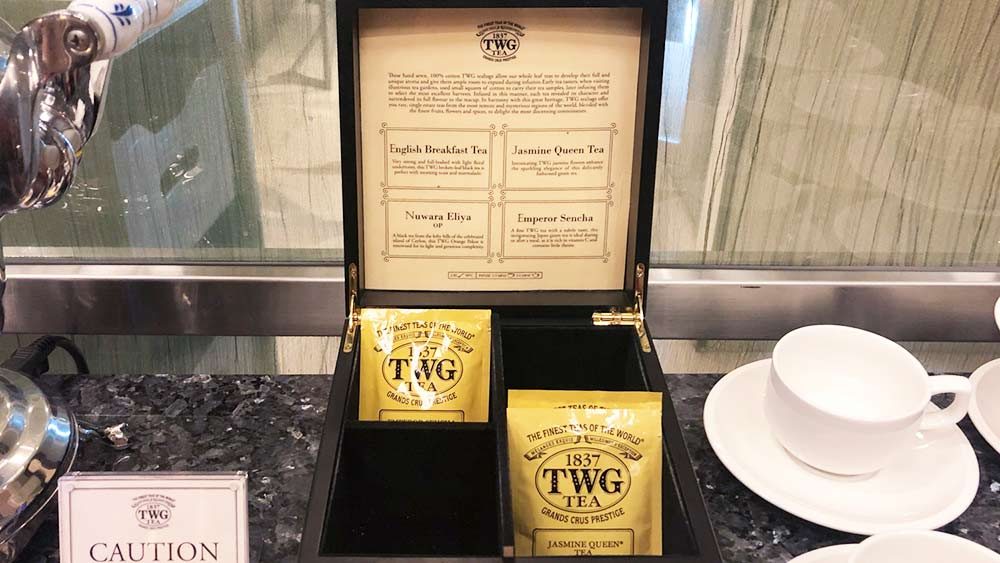 My speed test showed downloads and uploads of 9–10Mbps which is acceptable, but definitely a fraction of what speeds could be in a country like Singapore.

The lounge has plenty of power ports and USB slots between seats. 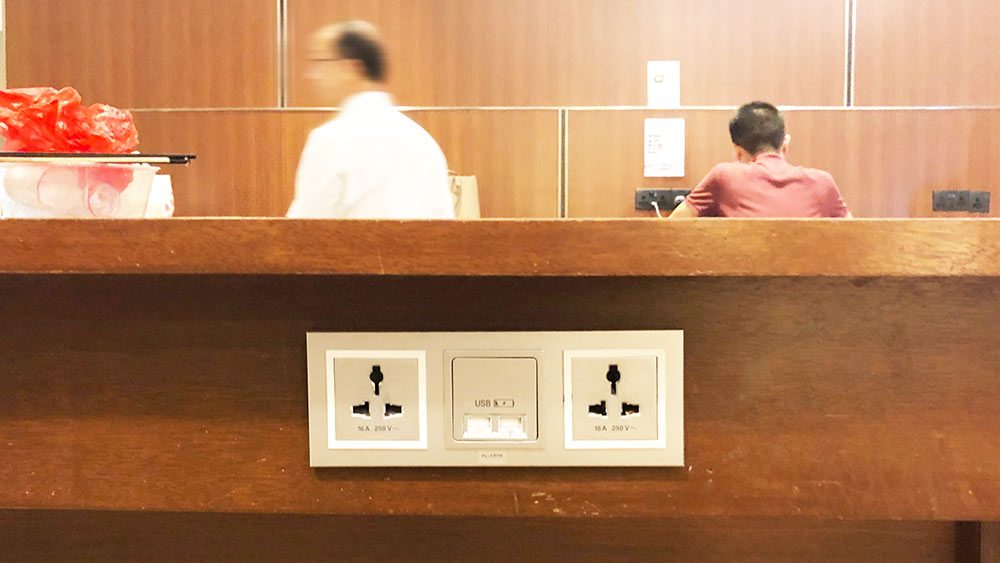 There is a computer station area in case you need to get some work done. 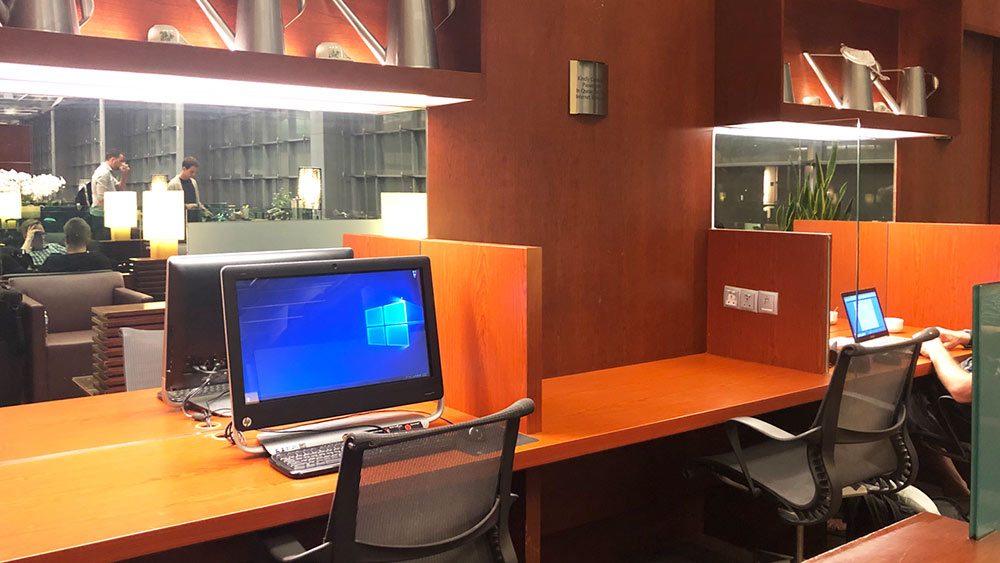 There is a variety of seating

The small footprint of the lounge is divided into a few zones, such as dining and lounging, indoors and "outdoors" on a terrace. This means there is a bit of separation from the busy food area and the quieter lounging area on the outside, which also feels a lot more open. You can get a glimpse of the tarmac from here. 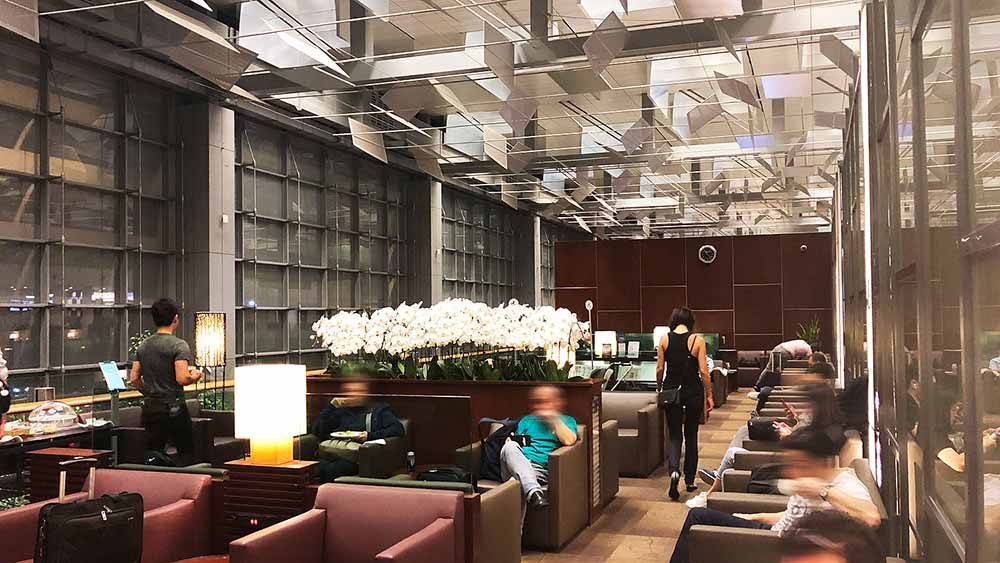 There are no bathroom or shower facilities

Yes, you read that right. The KrisFlyer Gold Lounges don't have any shower or bathroom facilities. If you've come off a long-haul flight from Europe and are hoping for a rinse, you'll need to find a different lounge.

The closest toilet facilities are just down the hallway, ironically, opposite the SilverKris Business Class Lounge which does have showers and bathrooms. There is no bar

For those hoping for a variety of drinks, this won't be your lounge either. There's no tended bar and just a few mid-range spirits and wines on offer, as well as the usual soft drinks. 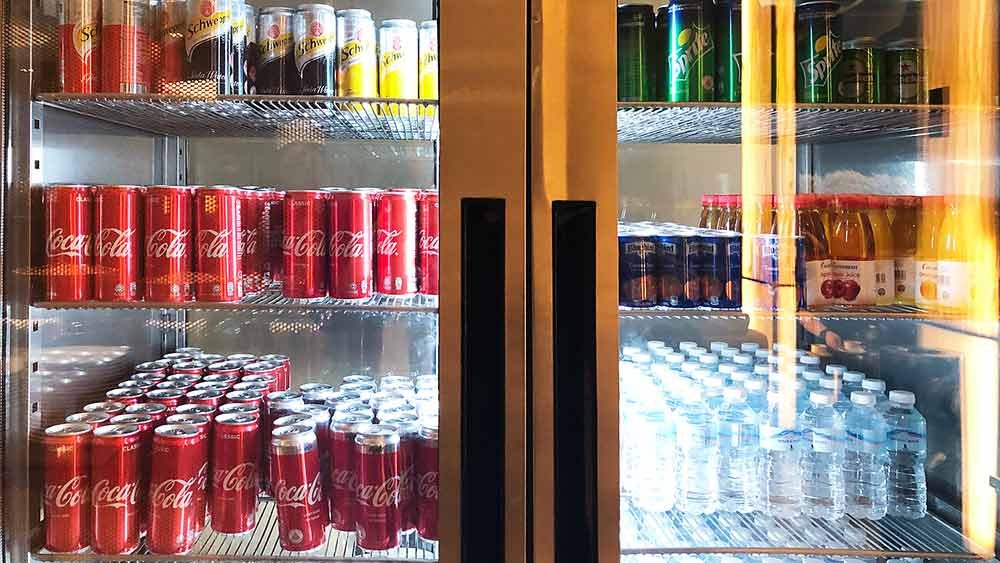 There's no sugarcoating it, this space is too small and basic for who it's meant for. There are a lot of economy passengers with Gold status, so this lounge fills up in the evenings for the night departures to Europe and Australia. 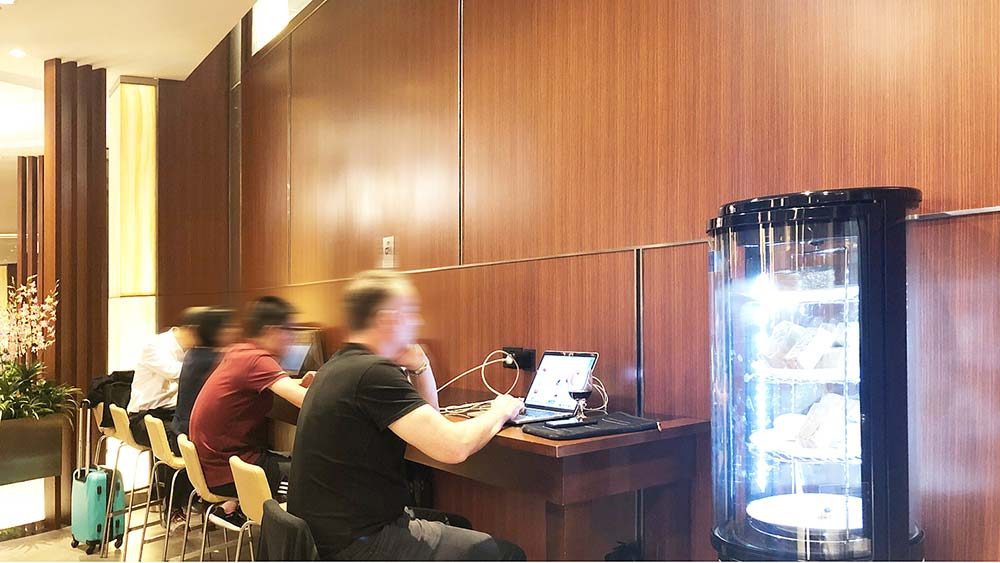 These pictures were taken before it became substantially busier. 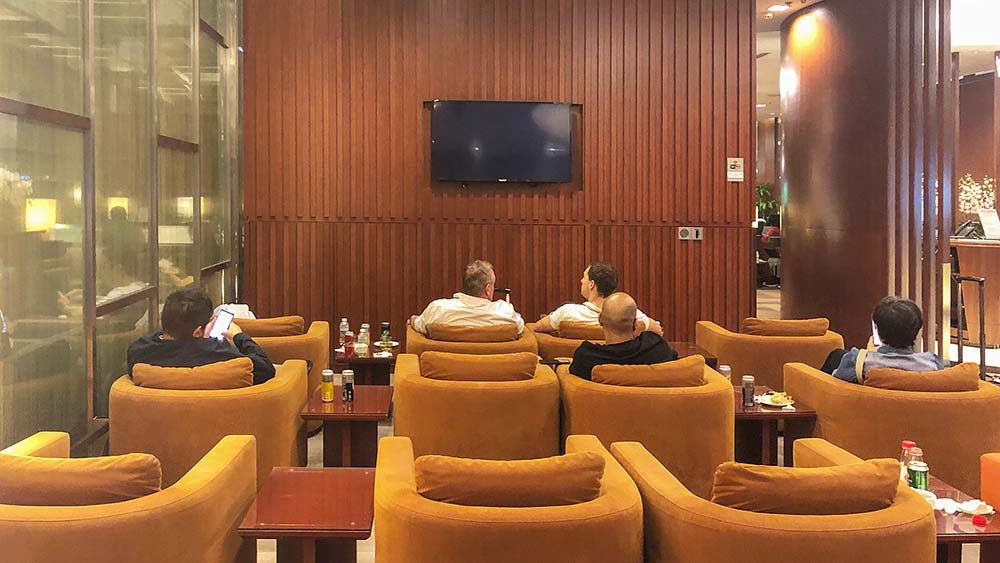 Naturally, it means the service suffered as well. There was always a build-up of used plates and drink bottles, which ruined the vibe a bit.

THE FINDER LOUNGE REVIEW PROMISE: Our lounge reviews are based on a visit to the actual lounge during normal operation. We offer an honest and open critique from one of our frequent flyer experts and update with any relevant news as it comes to hand. Being in a lounge should always be more pleasant than just being stuck with waiting at the gate, but we won't shy away from highlighting issues. Learn more about how our scoring works.

The Singapore Airlines KrisFlyer Lounge in Terminal 3 Changi Airport is not the airline's best effort overall, especially for the home base of a major international airline.

While I understand why it decided to separate out Gold-status economy passengers, I feel it could have looked after the guests by providing a more functional lounge space. Showers and bathrooms would be a minimum requirement.

The lounge is open 24 hours, every day. It's located in Terminal 3 of Changi Airport, upstairs in the main SilverKris Lounge precinct.

800 flybuys points for under $6? I’ll take that Virgin’s free luggage for passengers with infants