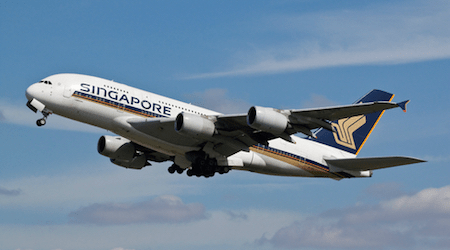 Following a trend that has seen a number of airlines and credit card providers downgrade their rewards programs in 2016, Singapore Airlines has announced that its KrisFlyer loyalty scheme will undergo some major changes in the next month.

As of 1 June, KrisFlyer members will be unable to upgrade from economy to business class on many flights and will need to spend more miles when booking flights or upgrades to some European destinations.

What’s changing in the KrisFlyer program?

How you can use your miles for flight upgrades

From 1 June 2016, KrisFlyer members who have booked economy seats on flights that are fitted with premium economy cabins will only be able to upgrade to this fare, rather than business (as is currently available).

The flights that this will be applicable to include Airbus A350 , Airbus A380 and Boeing 777-300ER flights with premium economy between Singapore and Sydney, London, Paris, Frankfurt, Zurich, Beijing, Shanghai and Johannesburg.

If your Singapore Airlines flight doesn’t offer premium economy, such as the Singapore Airlines’ Boeing 777 flights between Sydney and Singapore, you can still use your miles to upgrade from economy to business class after 1 June.

As of 24 May 2016, the number of miles you’ll need to fly from Australia to some of the European rewards categories will also increase. As a result of a merger between the two major European reward categories under KrisFlyer, members will now need to spend an extra 25,500 miles for return journeys to Amsterdam, Copenhagen and Rome from Australia. If you want to upgrade your saver-fare cabin to business on any of these flights, you’ll also need to fork out an extra 25,500 miles to do so.

While you could previously use your miles to redeem Saver, Standard or Full rewards flights with KrisFlyer, this will now be reduced to just Saver and Standard. However, these are the most popular rewards options as full-level rewards usually require four or five as many miles as a Saver reward for the same flight.

Plus, if you’ve already booked a flight with a Full reward on or after 24 May 2016, you’ll receive a miles refund. Your flight will be re-booked under a Standard flight reward and, even if Full rewards were the only options available when you first booked, the difference in miles will be returned to your account.