GameStop shares resurge: Should you buy in to the hype? - finder.com.au

GameStop shares resurge: Should you buy in to the hype? 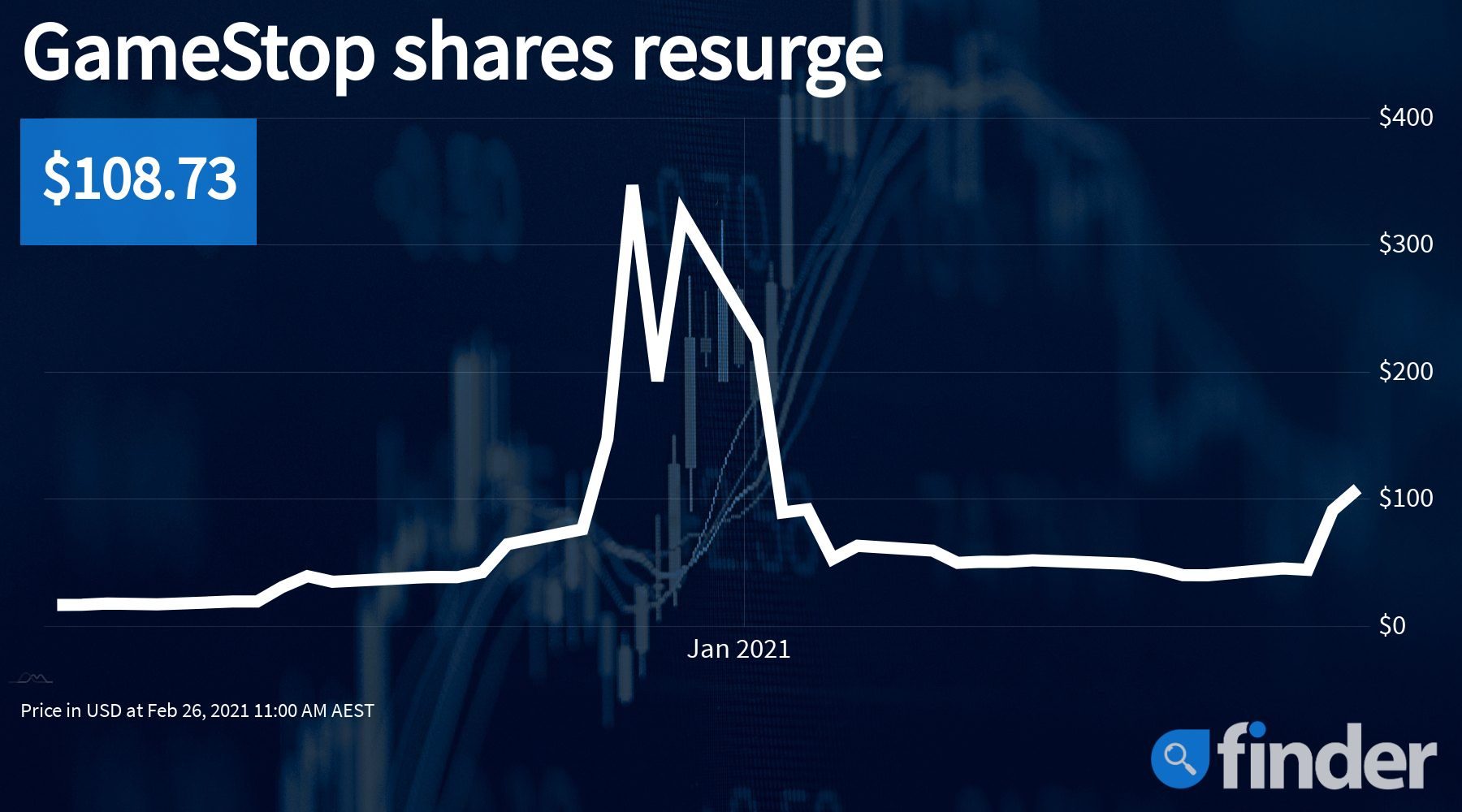 The GameStop share price is on the move once more, almost doubling in price from the start of the week.

The GameStop saga attracted plenty of headlines when a group of users operating on social media platform Reddit discovered that hedge funds were betting against GameStop’s (NYSE: GME) stock, using a technique referred to as "shorting".

Once reddit users on the subreddit r/WallStreetBets got wind of the news, they started encouraging others to buy up stock, causing the hedge funds to incur losses that are touted to be worth billions of dollars. Once the news became public, retail investors the world over jumped on the bandwagon.

However, this all came to a screeching halt after trading platforms like Robinhood closed trades on GME, citing the "safety and security of their customer’s funds" as the basis for their actions.

While many believed the GME saga ended earlier this month, during the last 30 minutes of trading on the New York Stock Exchange on Wednesday, renewed interest in the stock saw its price surge by 104% once again.

As a result, GME is now trading at $91.70 after hovering between the $45-$55 range for the majority of the month. Also, it's worth noting that the current rally has also been met with a number of trading halts due to continuous volatility-related fluctuations.

While there are no clear indications as to why this rally occurred, it should be mentioned that the activity came on the heels of GameStop’s chief financial officer Jim Bell resigning from the company. The move, in large part, is being seen as a push by new board member Ryan Cohen to reshape and rebrand the ailing retailer.

Lastly, it bears mentioning that the last 30 minutes of Wednesday on the NYSE looked eerily similar to the Reddit-led GME buying spree around a month back when GME stock prices soared to dizzying heights, touching a maximum price point of $483.

A closer look at the situation

There is no evidence to suggest that GameStop’s rally was part of a larger upsurge wherein other video game-related stocks also took off in a similar fashion. However, what is worth noting here is that many other "stonks", an intentional misspelling and play on the word "stocks", that were also part of the GME-Redditt frenzy also gained a considerable amount of traction.

Lastly, the entire Reddit-GameStop fiasco has also been the subject of multiple hearings in Washington over the last week, with Melvin Capital, one of the primary hedge funds involved in the mess, as well as Keith Gill, a Redditor who helped spur the value of GME via his YouTube channel, being called to answer questions under oath.