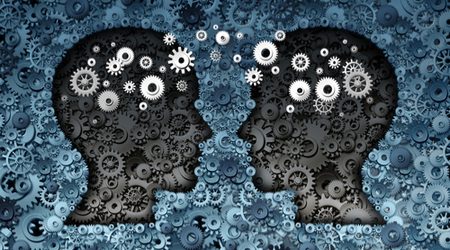 The numbers aren't right, Voorhees says, and even if they were, the conclusion would still be wrong.

ShapeShift was, until very recently, one of the relatively few cryptocurrency exchanges which didn't require users to provide identification and had no intention of doing so. This might have made it a natural option for those using cryptocurrency for illicit purposes as well as a natural target among the "crypto is for criminals" crowd and conservative vanguards of traditional finance, such as the Wall Street Journal.

"Ultimately, we are trying to pioneer a new financial system, and we don’t expect to be loved by the proponents of the old. That's understandable," says ShapeShift CEO Erik Voorhees. "Yet ShapeShift has always been in favor of complying with the laws of the jurisdictions in which it operates, even though many of these laws are unclear, ever-changing, contradictory, and in some cases ineffective.

"The WSJ article’s implication that ShapeShift is somehow negligent or complicit on this issue of money laundering is false and absurd; emblematic of a media industry that cares more about clickbait sensationalism than it does about improving the financial state of mankind. But we should not expect the Wall Street Journal to change Wall Street."

The original piece by the WSJ, "How Dirty Money Disappears into the Black Hole of Cryptocurrency," claims to have uncovered nearly $90 million in suspected criminal proceeds flowing through cryptocurrency over the last two years, of which it says $9 million went through ShapeShift. 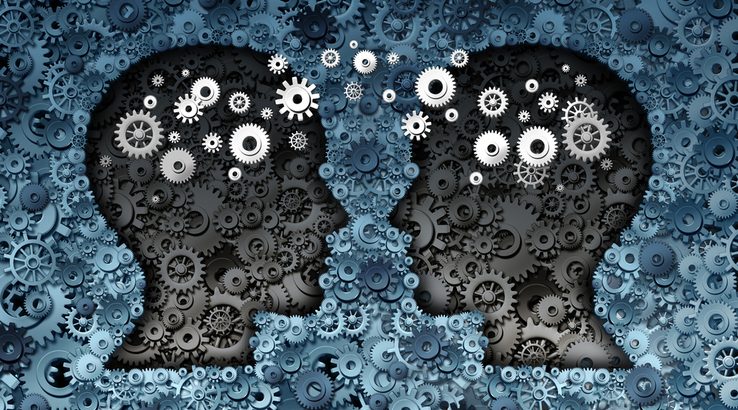 Voorhees vociferously disagrees, and puts the numbers down to the WSJ's fundamental misunderstandings of what various blockchain movements actually mean.

"Blockchains and cryptocurrency represent a new, fast-evolving technology and industry. For those who are not real experts, it can be confusing. And the WSJ reporters appear to have gotten confused about how our platform functions," Voorhees writes. "Based on our own analysis of the transactions cited in the article, the WSJ erroneously attributed vast sums of allegedly illicit transactions to ShapeShift in a way that exhibits a profound failure to grasp how blockchains, in general, and our system in particular, really work."

He gives the example of one transaction the WSJ's "analysis" tagged as $70,000 in dirty money running through ShapeShift.

Assuming the original address was correctly identified as illicit, that right there was the dirty money movement a bit over a year ago.

ShapeShift only gets roped in much later, when that exchange wallet sent out a batch of funds on 13 July 2018, which included 11 BTC worth $70,000 at the time of investigation, to one of ShapeShift's addresses here.

"This 11 BTC is not a user sending funds to ShapeShift, it is one of our exchange partners sending BTC to us," Voorhees explains. "The authors didn’t understand how to properly read the blockchains transactions, so they assumed there was $70k in 'dirty money' sent to ShapeShift."

Basically, because someone once sent some allegedly dirty bitcoin to one of ShapeShift's partner exchanges, any funds that exchange then sends to ShapeShift are tagged as dirty. 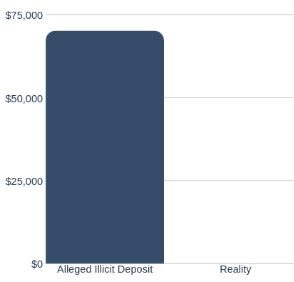 If Voorhees's explanation is correct, the WSJ's findings might be grossly inflated. The WSJ certainly wasn't finding all of the money laundering that was actually going on, but was equally certainly counting money laundering that wasn't actually going on. But even if one generously assumes that the WSJ numbers are right, that doesn't really justify its article's depiction of ShapeShift as a hub of criminal activity.

In fact, $9 million was just 0.15% of ShapeShift's volume over the time period. Plus, as Voorhees is quick to note, ShapeShift has "a strong record of complying with law-enforcement requests, providing valuable assistance in over 30 investigations in 13 countries all over the world... we have an internal anti-money laundering program that uses blockchain forensics that are far more advanced (and we would argue, effective) than asking someone for their name and address... we blacklist suspicious addresses upon learning of them."

By contrast, many Australian banks have knowingly received and processed money from suspected money launderers. But to be fair, it wasn't always their fault. Under Australian law, a bank can't tell a customer that they've been reported to AUSTRAC. The idea is to prevent banks from tipping off the money launderers.

Hilariously, this has resulted in situations where banks have no choice but to continue serving money launders, even while knowing they're doing it. All they can do is quietly report it and then keep serving the money launderer. The reports might only be chased down months later at which point the money and the launderers could be long gone.

"There is at least one instance of the absurd situation of a single money launderer being reported over 100 times by a single bank for making 100 suspicious deposits," says UN Office of Drugs and Crime adviser John Chevis.

Simply by blacklisting suspected money launderers, rather than just embarking on the same security theatre practiced elsewhere, ShapeShift might functionally be doing more to prevent money laundering than most banks.

These nuances seem to have been lost on the WSJ, whose editors are apparently thoroughly committed to the "bitcoin bad" angle beyond any factual sensibility.

But perhaps ShapeShift's policies account for the relatively low prevalence of apparent money laundering on ShapeShift, even when you go by the WSJ's dubious figures. 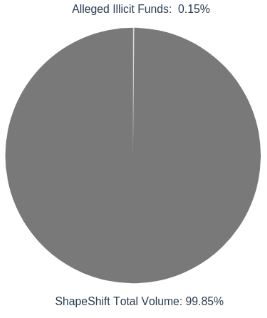 The end result is that the numbers uncovered by the WSJ probably have little bearing on reality, and that even if they did, it won't support the argument put forward in its piece. So hopefully they didn't spend too much time on it.

"We have worked with the WSJ for over five months under false pretenses," Voorhees says.

"The WSJ reporters reached out to us months ago asking for friendly assistance on a piece about the crypto industry in general. Over a period of five months, we were open and accommodating of their questions while in contrast they misrepresented their intentions until very recently. Of the many things I communicated with them over the past months, they included not a single statement from those lengthy discussions, preferring instead to include out-of-context remarks I'd made elsewhere," Voorhees says.

And over the course of those months, Voorhees argues, the WSJ reporters withheld information on suspicious accounts so they could build their story rather than communicating it to the appropriate authorities.

"The WSJ reporters withheld information for months about suspicious accounts in order to build their story, rather than communicating it to the appropriate exchanges and ShapeShift immediately so that funds could be frozen or blocked. It is likely victims of these thefts lost their chance to recoup some of the funds due to this opportunism."

The WSJ has not responded to Voorhees's allegations. Unconfirmed reports say it might be too busy riding its high horse.