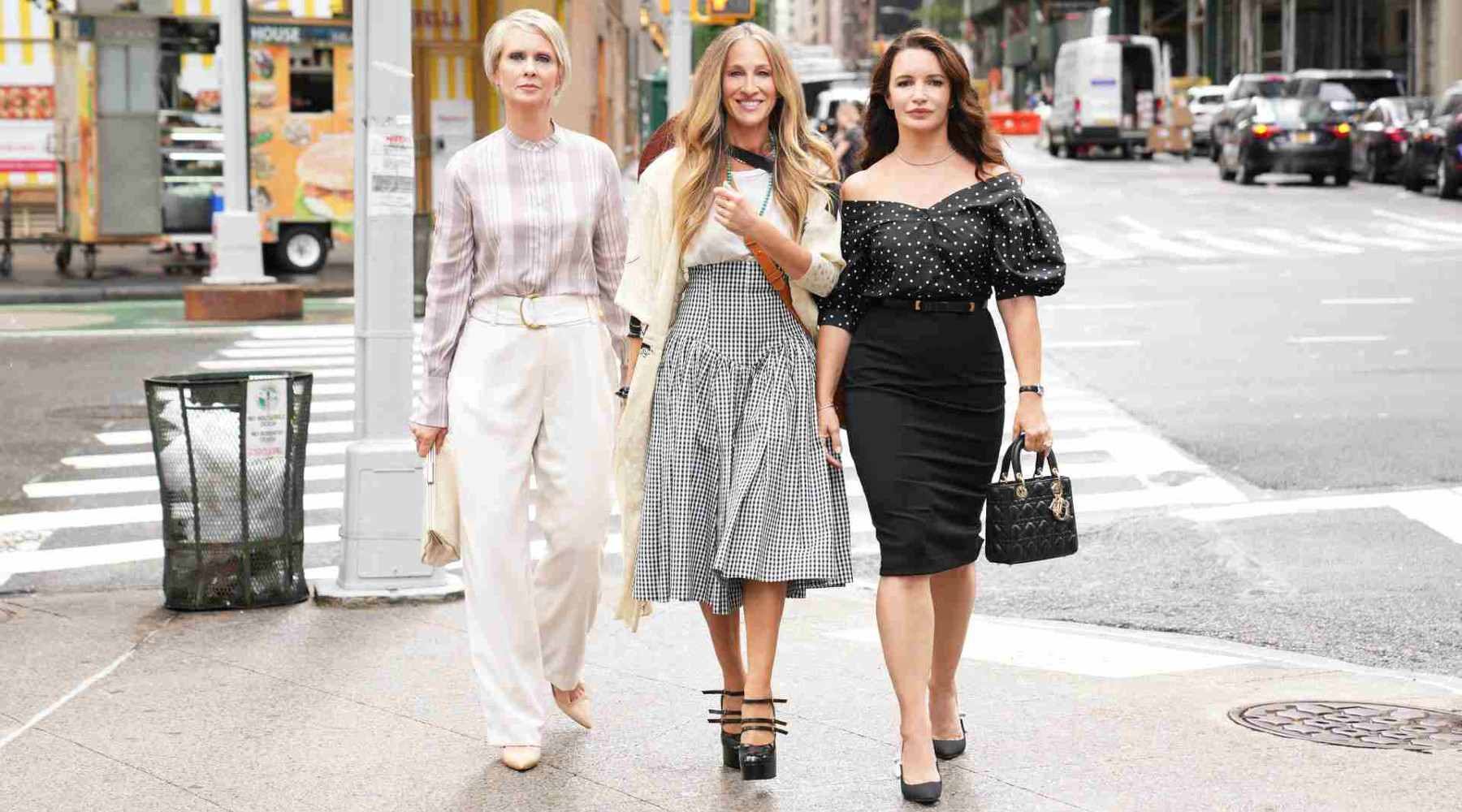 And Just Like That… the Sex and the City revival will arrive sooner than you might expect.

HBO has announced that the highly-anticipated Sex and the City revival, titled And Just Like That, will premiere in 2021 after all. Given that the series started production only a few months ago, that's excellent news.

We also have a first look at the series, featuring star Sarah Jessica Parker and showcasing some glam looks from the upcoming limited event. Read on for all the details to date and to see the fresh trailer.

When does the Sex and the City revival come out?

And Just Like That, the new chapter in the Sex and the City franchise, will premiere in December. We don't have a date yet, but luckily it will be a short wait.

How can I watch the Sex and the City revival in Australia?

Just like the original series, the Sex and the City revival is an original HBO production. You'll be able to watch it in Australia on Foxtel and BINGE. All seasons of Sex and the City, as well as the 2 movies, are available on the platforms as well. Or, you can watch the movies on Prime Video.

Who stars in the Sex and the City revival?

Sarah Jessica Parker will be back as Carrie Bradshaw, with Cynthia Nixon and Kristin Davis reprising their roles as Miranda Hobbes and Charlotte York Goldenblatt, respectively. Unfortunately, the iconic foursome won't be complete – Kim Cattrall won't be back as Samantha Jones for the revival.

Willie Garson, who played the role of Stanford Blatch in the Sex and the City universe, sadly passed away recently. The actor was set to reprise his role in the reboot and was seen filming scenes for the series, so there's a good chance he will be featured in a guest capacity.

What's the Sex and the City revival about?

HBO is being very secretive about And Just Like That, despite fans' efforts to find out more about what Carrie and company are up to. Based on the official description, the series will follow the 3 women as they navigate the complicated reality of life and friendship in their 50s.

By the time the second movie wrapped up, Carrie patched things up with Big following a relationship bump that pushed her into the arms of former beau Aidan in Abu Dhabi. The couple kissed, but Carrie immediately realised that she was making a mistake, confessed to Big and the couple reconciled.

Meanwhile, Miranda is with Steve, and Charlotte is happily married to Harry. If these relationships are still going strong in the revival, only time will tell. For now, we can confirm that the fashion remains to die for. That should be reason enough to make you want to catch up with these old friends.