Quick verdict: The low-cost, battery-less and ultra-light Sennheiser MKE 200 is a great microphone choice for creators on a budget or those wanting to start their film-making journey. 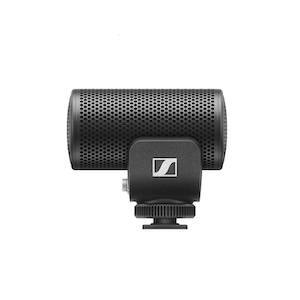 The Sennheiser MKE 200 is an on-camera directional microphone marketed as "the perfect first step when upgrading your in-camera audio". With an RRP of AUD$199, it is on the pricier side compared to most other entry-level microphones, but the extra cost may just be worth it. 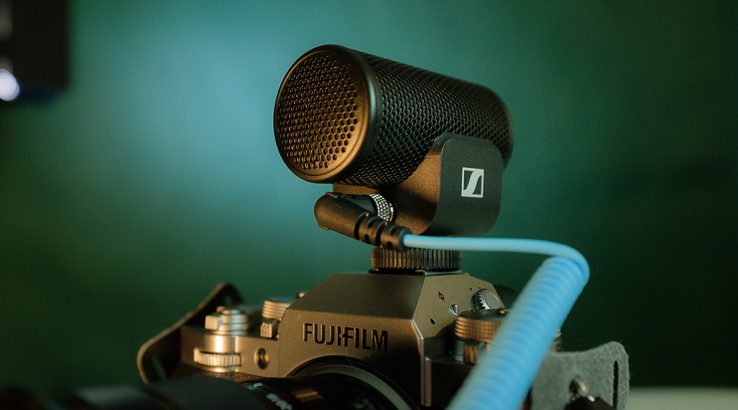 The Sennheiser MKE 200 comes packaged with a furry windshield and two 3.5mm cables that can lock to the microphone: one for DSLRs and sound recorders (TRS), the other for smartphones (TRRS). It also comes complete with a soft pouch, which the entire kit fits comfortably inside.

Due to its lack of battery and onboard controls, the MKE 200 is incredibly user friendly and fast to set up. Anytime the microphone needs to be used, simply plug it into the camera via the 3.5mm jack and hit record. This is a huge plus for people like vloggers who may need to record moments immediately or even those who just forget to bring spare batteries. No onboard buttons or dials does mean that the audio needs to be fully controlled via the camera's internal controls, which can range from easy to cumbersome depending on the device.

The MKE 200 will also mount to most cameras via its cold shoe mount. It can also be mounted to tripods and other screw mount accessories via its quarter-inch thread on the bottom. The microphone sits snug on each of the cameras that we tried it with (Fujifilm XT4, Sony Z900, Fujifilm X100F) and didn't move or show any signs of falling off, even after a lot of movement.

While mobiles and DSLRs tend to have omnidirectional microphones that pick up sound in all directions, the MKE 200 is a directional microphone, picking up audio directly in front of it while reducing noise from behind. Unlike some of the more expensive MKE series microphones, which are more powerful directional shotgun mics, the MKE 200 is a supercardioid, meaning it also picks up audio to the side of the microphone. This can be a problem when recording in noisy spaces, but for most creators, having a directional with a wide pickup range like this is still a huge improvement over an internal microphone. The microphone also features a built-in windscreen and a shock mount inside. All of these additions create a very capable microphone that does a decent job of negating unwanted sound intrusions like wind and camera bumps.

For even more wind protection, the included furry windshield can be attached to the front of the microphone, but it doesn't fit particularly tightly and can fall off if the camera is moving around or pointing downward.

Any videographer or vlogger will understand the pain of filling a bag to capacity and needing to decide between bringing that superfluous extra lens or the much-needed top-mic. The MKE 200's size certainly helps avoid that pain, as the pouch filled with the full kit occupies about the same space as a go-pro and weighs only 93 grams. For those wishing to travel even lighter, you could bring nothing but the microphone and a single cable, weighing in at only 61 grams.

When placed atop a DSLR, the microphone barely adds any weight and is small enough that it doesn't ever get in the way or hang out past the lens. For videographers using a gimbal to stabilise their footage, this is also a huge plus, as it is incredibly unlikely to bring the camera over a gimbal's maximum weight limit. 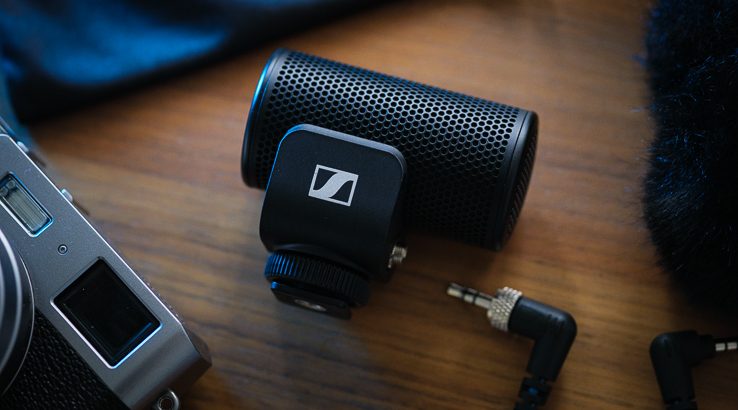 When tested about two metres away from our voice talent in a quiet room, the MKE 200 picked up their voice and sounded great with no noticeable noise. As we moved further away from the talent, however, their voice quickly quietened, with their audio levels halving in the space between two and five metres.

Outside on a busy street, the drop off was even more pronounced, as the microphone began to pick up sounds from passing cars and pedestrians to either side. We found that by facing the microphone away from the biggest noise-makers and placing the subject in an enclosed space, the rear-noise rejection really helped clear up the sound.

Overall, this microphone doesn't excel at clearly recording sounds that are more than a few metres away, especially in spaces where sound is coming from all sides. For recording subjects that are within range of the microphone, though, it does a fantastic job of capturing clear and noiseless audio worthy of broadcasting to the Internet.

Should you buy the Sennheiser MKE 200?

As an entry-level supercardioid pattern microphone, the MKE 200 isn't going to be catching the eye of most professional or prosumer-level videographers any time soon.

However, for vloggers on a budget or those looking to dabble in the world of film-making, this microphone is a great place to start. It comes with everything you need to begin filming, including both types of 3.5mm cables, and it doesn't ask much from the user. Simply plug it in and press record.