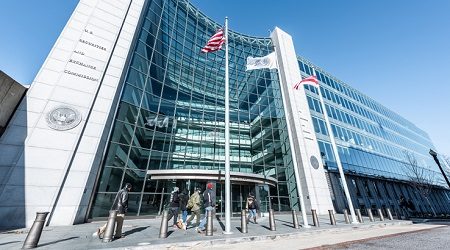 This is not the first time the US regulator has issued a subpoena to a blockchain-focused business entity.

The SEC is "seeking the production of certain documents", according to a form submitted to the United States regulator by Long Blockchain on July 26. Long Blockchain is "fully cooperating with the SEC's investigation".

However, the company did not disclose any details regarding the documents being sought by the SEC.

The company formed a new subsidiary, Stran Loyalty Group Inc. (SLG), which is focused on providing loyalty, incentive, reward and gift card programs to corporate and consumer brands, according to the SEC form.

SLG plans to use the loyalty business as a "catalyst" to implement disruptive technology solutions, including blockchain technology, to draw immediate revenue and exact credibility from traditional loyalty contracts.

In mid-April this year, the Nasdaq Hearings Panel officially delisted Long Blockchain from the Nasdaq market. As a result, trading of shares in the company was immediately suspended on the Nasdaq Capital Market.

Nasdaq believed that the company made a series of public statements designed to mislead investors and to take advantage of general investor interest in bitcoin and blockchain technology, raising concerns about the company's suitability for exchange listing.

Around the same time, the SEC subpoenaed cryptocurrency company Riot Blockchain. In late 2017, research tools company Bioptix, engaged in veterinary and life science-oriented businesses, changed its name to Riot Blockchain and began pursuing a blockchain and digital currency business model. This was initially achieved through investments in existing companies, according to Riot’s annual report filing. Stock in the company soared from around $8 per share to more than $40 over a very short period of time, similar to Long Blockchain.