Scientists find you should cool it on the coffee 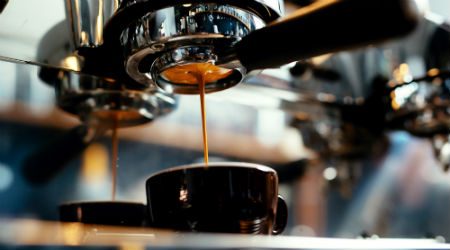 The drink itself may not cause cancer but the temperature might.

New research reveals that there is no conclusive evidence suggesting coffee in itself causes cancer.

23 scientists from the International Agency for Research on Cancer (or IARC) published findings that saw no definite carcinogenic effect of drinking coffee. This is good news for all those coffee drinkers out there, especially since the IARC had previously viewed coffee as potentially carcinogenic.

More than a thousand studies of both humans and animals were reviewed before it was concluded that there was "inadequate evidence" linking coffee and cancer. Coffee has no effect on pancreatic cancer, breast cancer or prostate cancer. Interestingly, reduced risks were seen for liver and uterine endometrium cancers and for 20 other kinds of cancer the evidence was inconclusive.

In an interesting twist, what the scientists did find is that very hot drinks are likely to cause oesophageal cancer in humans.

This conclusion was drawn from studies undertaken in places like China, Iran, Turkey and South America - where people drink very hot teas or matés at about 70 °C.

Dr Christopher Wild, Director the IARC said: “These results suggest that drinking very hot beverages is one probable cause of oesophageal cancer and that it is the temperature, rather than the drinks themselves, that appears to be responsible."

But before we all start switching to iced coffee, it's important to note the risk of cancer in relation to temperature is relative. The studies show the risk of oesophageal is increased as the temperature of the consumed beverage also increased. Basically, the hotter the drink, the higher the risk of cancer. It's the scalding drinks that are the risky ones, you're probably still okay drinking a warm cappuccino.

The main causes of oesophageal cancer are still the same - tobacco and alcohol. But it is interesting to note that the highest rate of this cancer occur in countries where consuming very hot beverages is commonplace.

“Smoking and alcohol drinking are major causes of oesophageal cancer, particularly in many high-income countries,” stresses Dr Wild. “However, the majority of oesophageal cancers occur in parts of Asia, South America, and East Africa, where regularly drinking very hot beverages is common and where the reasons for the high incidence of this cancer are not as well understood.”

One of the main causes of cancer death and the eighth most common kind of cancer, Oesophageal cancer was responsible for 400,000 deaths in 2012.