SBS’s February NBA fixtures are here. Which teams made the cut? 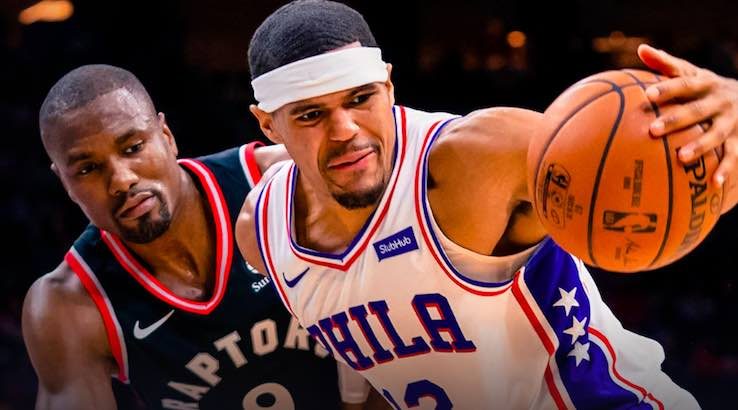 There's some Giannis, but a lack of big teams and very little Western Conference in SBS's February NBA line-up.

February is one of the biggest months in the NBA with the likes of All-Star Weekend and the trade deadline. Unfortunately SBS's February NBA fixtures aren't on that level too.

So far NBA fans were surprisingly treated to several mouth-watering clashes on free-to-air network SBS. This month things have finally flopped and we aren't too sure why.

We still aren't aware of how the agreements or negotiations SBS has in place surrounding the NBA work. So far it has picked up the home team's broadcast and televised it to Australia. It hasn't been continual specific teams featured either.

Whatever the agreement is, it does expose Australians to a majority of the association, but this month it may not be as desirable. That does depend who you follow. Here's the full schedule.

January saw popular and talented teams like the Lakers, Clippers and Mavericks feature heavily, February will not. Also surprising is the lack of New Orleans Pelicans.

Like ESPN, SBS featured Zion Williamson's team heavily in the previous months. The problem was that Zion was injured until he finally debuted against the Spurs yesterday. Not landing a single Pelicans game will upset some, but then again ESPN does hold the rights to several upcoming New Orleans matches.

Alright, maybe we were a little harsh. There's still Eastern Conference contenders Miami Heat, Indiana Pacers, Toronto Raptors and Philadelphia 76ers on the slate plus likely MVP Giannis Antetokounmpo. It's just the lack of opposition those teams go up against.

Just three of this month's games on SBS are current play-off teams going up against each other. The rest are largely teams in the race to the bottom, trying to improve lottery odds.

If you want to be a little more optimistic, many promising NBA youngsters will feature. Almost certain Rookie of the Year Ja Morant goes head-to-head with Ben Simmons. The likes of Trae Young, RJ Barrett, Markelle Fultz, Karl-Anthony Towns and Bam Adebayo will be on your screens.

How to watch NBA in Australia

Obviously you've got eight free NBA games per month on offer through SBS. Though for a league where each team plays 82 games a season, that leaves a lot of missing action.

To fill that void you've got one of two choices. Premium service NBA League Pass has every single game of the season available, but you'll have to fork out $300 for the year. There's a seven-day free trial available to test it out.

Your other choice is through ESPN, which you can watch via Kayo Sports, Foxtel Now, Fetch TV or Foxtel iQ. Of those Kayo is your best bet. It has the longest free trial available at 14 days, but the big sell is having 50 other sports to also stream.

On average Kayo has seven live NBA games per week. So when you pair that with SBS, you'll have more than a game a day to watch. Kayo will also have this month's entire All-Star Weekend too.

After your free trial has expired you can continue on with Kayo for $25/month or cancel before your test period is over and you won't be charged. See our Kayo review for a full breakdown and see what it's like when you can get your hands on it.

You can see our NBA streaming guide for a full breakdown of all your options.

Undefeated heavyweights Tyson Fury and Deontay Wilder return to the ring in a keenly awaited rematch in the United States. Read more…

The NRL All Stars concept is back for another year, pitting the Indigenous All Stars against the Maori All Stars. Read more…

The fixtures and TV guide for the seventh Women’s T20 World Cup are here. Read more…

How to watch V8 Supercars Superloop Adelaide 500 live and free