"Thanks guys! Over and out..." said the founder from the airport.

Update: He was just kidding.

It's rare for cryptocurrency founders to openly tell their followers that they're just going to be taking the money and leaving. The first might have been Bitcoiin2Gen, the coin best known for being endorsed by Steven Seagal and little else, whose founder said he would be retiring from the project after supposedly raising $75 million.

But he never promised anything, unlike the founder of German startup Savedroid who told followers that the platform would make cryptocurrency as easy as a savings account, with its own debit card and everything else.

Also unlike Bitcoiin2Gen, Savedroid was relatively highly regarded, and several ICO review sites, like ICO Bench had marked it as a safe option. It's not the first time supposedly professional review sites have been fooled by scams. The widely hyped Benebit ICO similarly disappeared in an exit scam after approved by the ICO Syndicate review site, which was apparently easily fooled by fake IDs.

Also quite unlike most other exit scams, Savedroid founder and CEO decided to post a picture of himself at the airport, and holding a beer at a seaside resort, on Twitter while thanking his supporters for apparently letting him retire early. 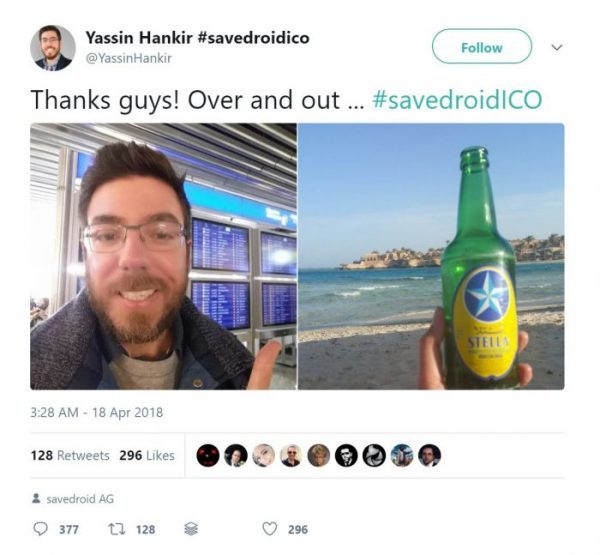 Many supporters aren't taking it lightly, with some suggesting that by absconding with tens of millions of dollars and publicly putting his face over the Internet, founder Yassin Hankir might not be long for this world. The Savedroid Telegram has reportedly been taken over by a horde of secondary scammers, and a bot posting death threats.

The old Savedroid website, meanwhile, has been deliberately taken over by a single image, referencing a South Park meme. 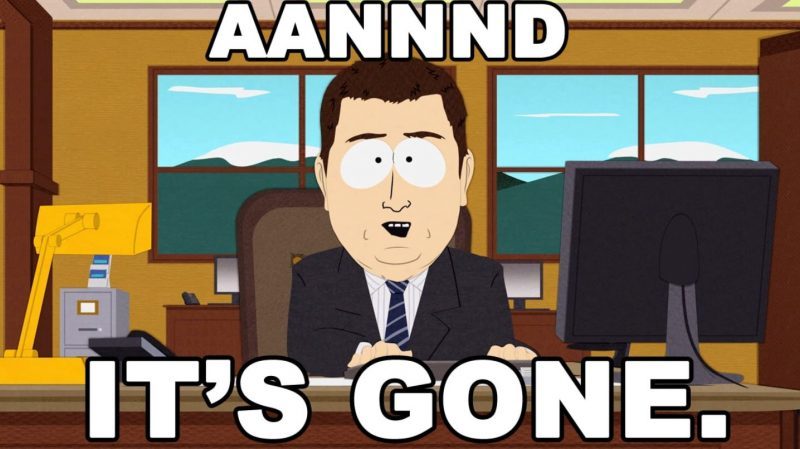 It's estimated that about 10% of funds given to ICOs disappear in a puff of scamminess, and the inherent lack of trust in the space has seen plenty of ICO review sites spring up to separate the investment wheat from the scam chaff.

But as this incident and many others have shown, they might end up doing more harm than good when people end up trusting them wholeheartedly. Other tools, like the Trustroot toolbar, are also trying to bring an element of trustworthiness to the space. But in this case, that toolbar likely wouldn't have made a difference, and might instead have just helped convince people that they were sending their money somewhere legitimate.