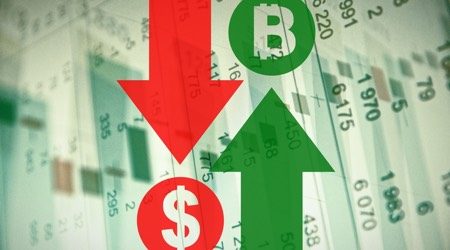 Bloomberg recently commissioned Satis Group to explore fundamental valuations of cryptocurrencies and just released the findings in a report. Hopefully they didn't spend too much on it.

This first report, it's worth stressing, isn't anything remotely resembling a market prediction. Rather, it's an exploration of how one might valuate different types of cryptocurrency in different ways.

When applied, these techniques found bitcoin and Monero to be among the biggest winners in coming years, yielding price tags of $96,000 and $18,000 respectively, while network tokens are still basically anyone's guess.

The methodology might be food for thought, but overall, the results are almost entirely guesswork. The key lesson highlighted by this report might be that whenever someone flashes a lot of numbers in your face, it's worth stopping and thinking about what they actually mean and whether it's nothing at all.

For store of value type tokens, it tried out a top down measure, applying the quantity theory of money to crypto assets and the size of the markets they can be used in.

The quantity theory of money says the price of currency is directly related to the dollar volume of the economy it supports, while being inversely correlated to its velocity and supply. In short bigger economy means more valuable money, while the larger the money supply is and the more frequently it changes hands the less it's worth.

So the most valuable cryptocurrencies are those which:

If that last one seems counterintuitive, it's worth considering Satis' explanation of why more velocity and use means less value.

"If we have an economy in which $1,000 is exchanged each year by trading 10 coins, assuming each coin is traded only once per year, each coin will represent $100 in value; however, if each were traded 100 times per year, the value per coin would be $1."

This method brings the following results.

What the numbers really mean

In the end, of course, these numbers mean absolutely nothing. Even if the quantity theory of money is a perfectly valid way of valuing cryptocurrencies, which it might be, actually applying it still means trying to predict what kind of market share each coin will command down the line.

And right now, the most widely used technique for these predictions is to pick out your favourite coins and talk about how great they are, while smack talking the ones you don't like. Satis' analysts have this fine art down to a fine art.

Here's how the report justified rising Litecoin prices, for example.

"Within the Currency networks, we continue to see upside in networks that have cultivated relatively organic growth and community (such as LTC)."

How exactly that sense of community and its organicness was measured, or how that's meant to translate into Litecoin market share isn't explained anywhere. It also doesn't explain why the Litecoin community will grow rather than shrink in coming years.

The exact same theories laid out in this Satis report can just as easily be used to predict billion dollar bitcoin and worthless everything else. By necessity that kind of guesswork runs through the entire report. 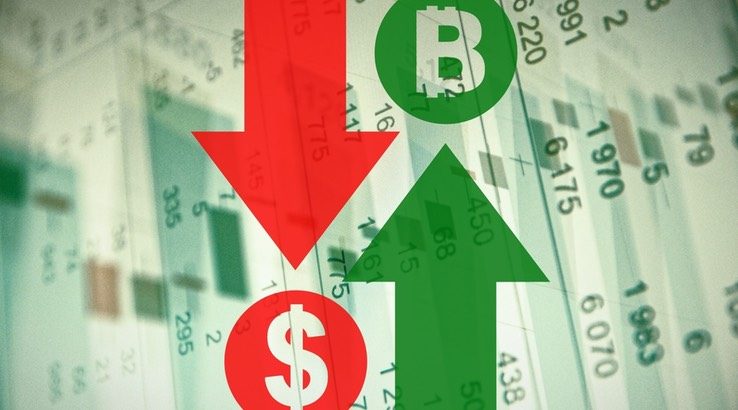 The reason XRP and BCH are showing red numbers, for example, is simply because Satis doesn't like them.

"We continue to see... meaningful downside from networks that have inherited brand recognition and potentially short-lived adoption during hiccups from their fork-parent (such as BCH), and very little value in networks that are misleadingly marketed and not even required for use within their own network (such as XRP)."

If one felt so inclined, it would be just as valid to say that Litecoin inherited brand recognition from bitcoin along with some potentially short-lived adoption and that BCH has cultivated relatively organic growth and community. The XRP point, incidentally, is factually incorrect.

It reasonably assumes bitcoin will continue to dominate the markets, based on a number of debateable assumptions it happily states as fact, including:

Bizarrely, it also puts Ethereum's eventual decline over the next ten years partly down to "minor flaws in design and governance (which we believe will result in contention leading up to the future network upgrades, notably the proof-of-stake consensus)", causing users to drift away.

Never mind that the switch is only contentious right now - in five years it's either going to be in the past or Ethereum probably won't exist anymore - which makes a prediction of a rise and then a slow decline seem inherently incorrect. And never mind that the general idea of moving Ethereum to proof of stake has been lauded by the vast majority of Ethereum users and developers building on the platform, and has been transparently baked into the roadmap from the beginning.

Naturally bitcoin and its house of forks gets a free pass on its own much more serious version of these problems.

If there's one takeaway, it might be that it's still not possible to create and apply market theories to cryptocurrency valuation without leaning entirely on opinion. The numbers might make for good headlines, but they're still just some random guess.