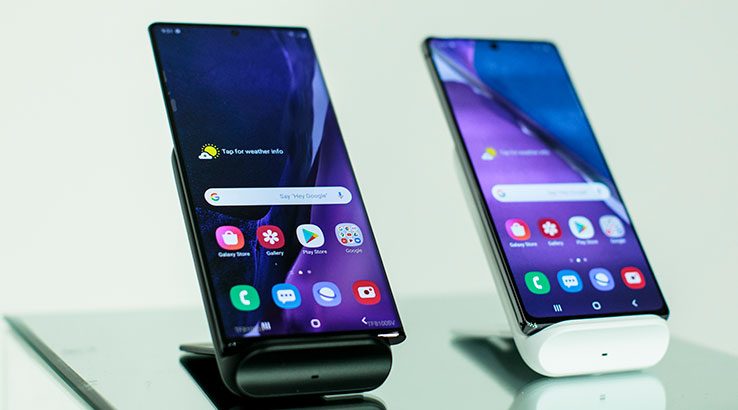 Samsung fans won't have to wait long to get hold of Samsung's updated smartphone as well as new headphones, tablets and smart watches.

As widely leaked ahead of today's Samsung Galaxy Unpacked event, Samsung has a new flagship phone – actually, a really large number of new flagship phones in one sense – to head up its Galaxy family of Android smartphones. 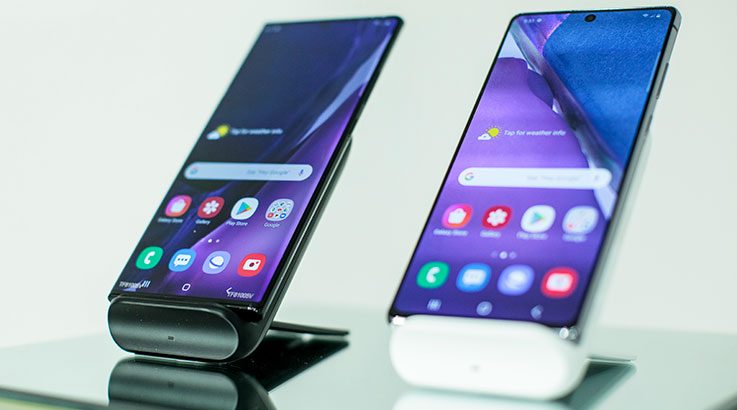 All of which rather solidly suggests that Samsung figures that 5G compatibility is worth precisely $150 because that's the difference between the 5G and 4G versions of these handsets. Pre-orders for the new phones begin today. 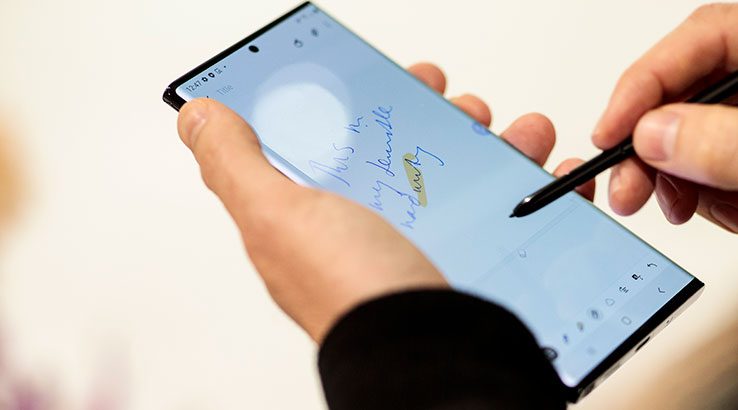 In terms of colour choice, Samsung will sell the new Note 20 lines in "Mystic Bronze", "Mystic Black" or "Mystic White" finishes – or Bronze, Black or White if you're not in marketing. If history is any guide, we can expect a few variant colours to emerge in the local market in a few months.

Overseas, both phones run off the Qualcomm Snapdragon 865+ processor, very much this year's 5G flagship processor of choice, but locally, we're simply promised a "7nm 64-bit Octa-Core Processor", which could well mean that we get a model running on Samsung's own Exynos silicon instead. Based on the historical trend of Samsung Australia, that's entirely likely, but we won't know for sure until we get hold of a local review model.

In terms of screen technology, Samsung's pitching its "Infinity O" display – which means it's an AMOLED display with a small hole-punch style camera in the top middle of the display. 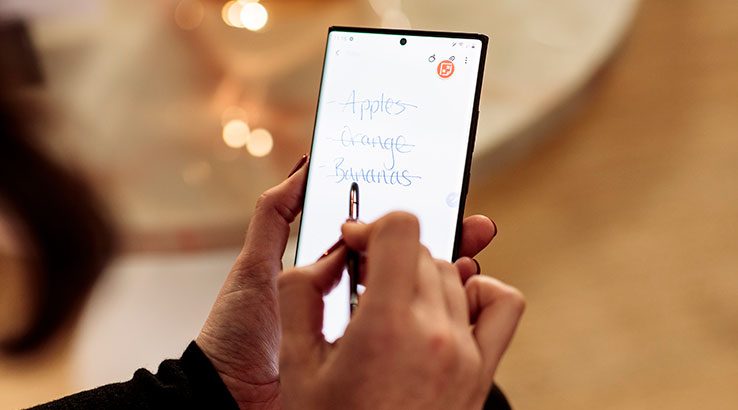 The hallmark feature of the Note series since its inception is the S-Pen. This year, it's been refined, with Samsung claiming that it has more of a "pen to paper" style feel this year. It's also promoting specific integrations with Microsoft Office for quick conversion into Word, PowerPoint or Excel documents for S-Pen notes this year. Samsung's also promising a radically revised version of its own Samsung Notes app with autosaving, synchronising with Windows 10 PCs and PDF annotating abilities built in.

Camera technology is also where Samsung's differentiating its Note lines, with the bigger Note 20 Ultra grabbing the same 108MP camera found on the Galaxy S20 Ultra, alongside a 12MP ultra-wide, a 12MP 5x optical zoom telephoto and a laser-focusing sensor. The regular Note 20 has to make do with a 64MP primary lens, dual 12MP ultra-wide and 12MP 3x optical zoom telephoto lens. Like the higher-end S20 phones, you can shoot 8K video as well and grab stills from those shots. Both phones feature the same single-lens 12MP selfie camera at the front.

Samsung's dialling back on its "Space Zoom" ambitions for the Note 20 just a tad, however. Where the Galaxy S20 Ultra promised 100x zoom – which was terrible – the Galaxy Note 20 Ultra has 50x Space Zoom, and the regular Galaxy Note 20 makes do with 30x Space Zoom. However, we're still waiting to test those features out, but we don't have a high level of optimism that they'll be all that functionally useful. 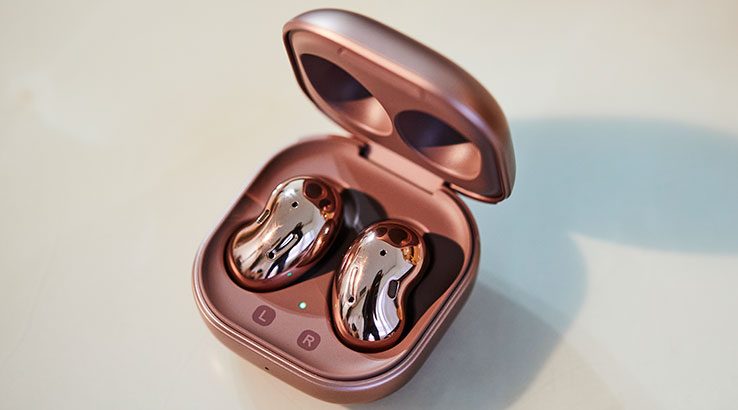 Alongside the new Notes, Samsung also unveiled new true wireless headphones in the form of the tiny bean-like Galaxy Buds Live. They'll actually be available well in advance of the new Notes, as they're due to hit the local market for $319 in (sigh) "Mystic Black", "Mystic White" or "Mystic Bronze" hues from 7 August. The shape's the thing with the Galaxy Buds Live, both because they don't quite look like most true wireless earphones and also because internally they're built horizontally rather than vertically. They're touch enabled and (naturally enough) work with Samsung's own Bixby assistant. 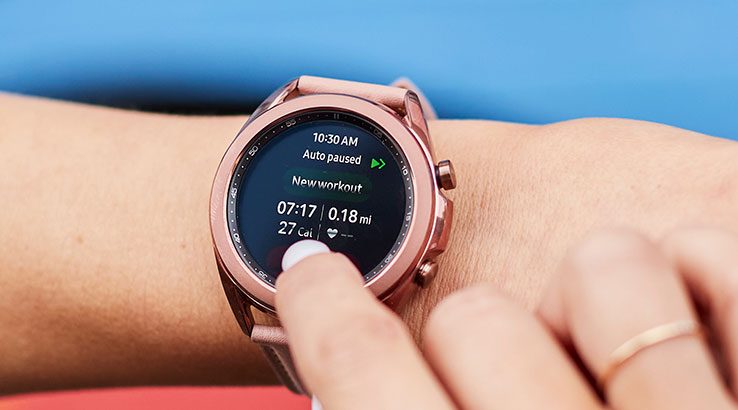 The other wearable on show was Samsung's latest generation of smart watch, the Samsung Galaxy Watch 3. The Galaxy Watch 3 sees Samsung return to the use of a physical rotating bezel around the body of the watch, something it had dropped in recent generations in favour of a much less compelling digital approximation of that functionality. 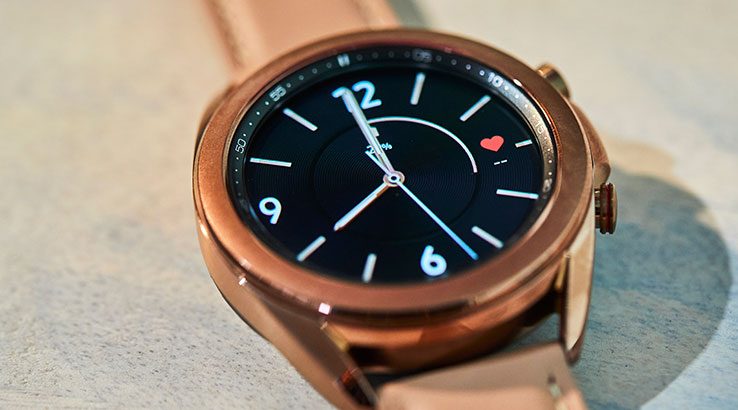 But, just like those infomercials that used to promise you steak knives, there's still more. Samsung's also continuing its push into the premium tablet market with the Galaxy Tab S7 and Galaxy Tab S7+.

The Tab S7 features an 11-inch LTPS TFT display, while the Tab S7+ pumps it up a little with a 12.4-inch Super AMOLED display. Both new models support 120Hz refresh rates, and like the new Note phones, they'll also ship with an S-Pen and Samsung's new Notes app pre-installed. 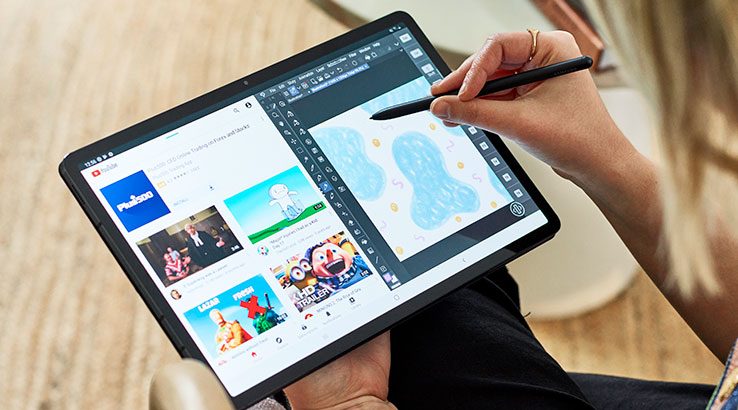 Samsung's new premium tablets will go on pre-order from 28 August and hit local stores on 11 September, with pricing ranging from $1,149 up to $2,049 depending on model and whether you're happy with just Wi-Fi or Wi-Fi and LTE connectivity.

The absolute top-tier model in the range, the $2,049 Samsung Galaxy Tab S7+ features 5G connectivity onboard. While Samsung is producing the new Galaxy Tab models in "Mystic Black" hues overseas, here in Australia we'll predominantly only see the "Mystic Silver" model, although the baseline model for either Wi-Fi or 4G LTE will optionally be available in "Mystic Bronze" as well.