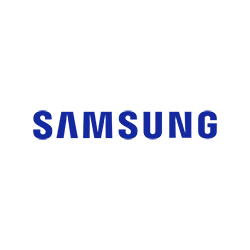 Whether you're after fitness tracking or financial payments, Samsung has a wearable to suit your needs.

How to compare Samsung wearables

Samsung has been producing smart wearables for some time now. In the smartwatch space, it has shifted from devices with Samsung Gear branding over to the simpler Samsung Galaxy Watch range. That ties in with its broader "Galaxy" theme for smartphones in every price bracket.

Here's what to consider when choosing a Samsung smartwatch:

Samsung Galaxy Watch devices go for a classic watch look, but you've actually got quite a bit of choice within that style play. The Galaxy Watch Active devices have simpler more sporty looks, while the Galaxy Watch range tends to look more like a classic timepiece. There's usually a range of size choices, although you do have to be careful to compare specifications carefully, with some smaller watch styles sometimes only coming in more expensive LTE-equipped variants. If you only need the very basics of smart devices, most notably fitness tracking, there's also the Galaxy Fit range to consider.

Samsung's watch sizes will determine your overall viewing area, with (to no surprise) the larger watches enjoying more screen real estate. That's a relative matter because they're still watches. Expect 1.2- to 1.4-inch diameter screens on your Samsung smartwatch of choice. One important point of difference for Samsung's smartwatches is that, like most of its smartphones, it tends to use AMOLED displays rather than cheaper LCDs, so while they're small and somewhat low resolution, colour accuracy should be considerably higher.

Samsung's smartwatches currently run on its own Tizen platform, but that doesn't mean that they're limited to only working with Samsung phones. What you typically have to do if you're using them on other Android devices or an Apple iPhone is install Samsung's companion wearable apps, which you'll be prompted to do when first pairing. Naturally, if you do own and use a Samsung Galaxy phone, you'll find these already installed on your device, although they may need updating if you've never touched them before.

Samsung has done more than most in pushing its own watch app store over the years. This means that there's a decent array of apps on offer, as well as a huge quantity of watch face designs, far more than any other smart watch of note. The issue here is one of storage, and if you're keen on having lots of content or apps directly on your watch check the specifications carefully, because they do vary between different models and price points

Many of Samsung's smartwatches feature NFC and direct compatibility with Samsung's own Samsung Pay. With LTE-enabled models, you may even be able to leave your smartphone at home if you want to buy a coffee when you're out and about and still make your ad-hoc purchases. You'll need to ensure your financial institution supports Samsung Pay and that you've set it up beforehand of course.

Samsung has used wireless charging for its own phones for some time now, but via custom-shaped docks and circular cable-connected pucks that you drop your Samsung smartwatch onto each time. They're handy and battery life on Samsung's smartwatches is generally very good, but it does mean that if you're going on a trip and want to use your smartwatch you'll need to take the charger with you each time. They're generally compatible across Samsung smartwatch generations though, so you can usually drop a newer watch onto an older charger without issue.

Samsung's smartwatches typically feature an IP-rated water resistance so you can take them into the water with relatively little fuss. It's still always worth remembering that the IP tests use clean lab water, not chlorinated pool water or salt-heavy sea water, so we wouldn't exactly go scuba diving with them if you follow us.

SPONSORED: You don't have to spend more money to earn big points.

SPONSORED: If you invest a couple of hours of time, you can benefit from some cost-effective switches that could save you big money.