Samsung has revealed its showcase cryptocurrency dapps for the Samsung Galaxy S10. 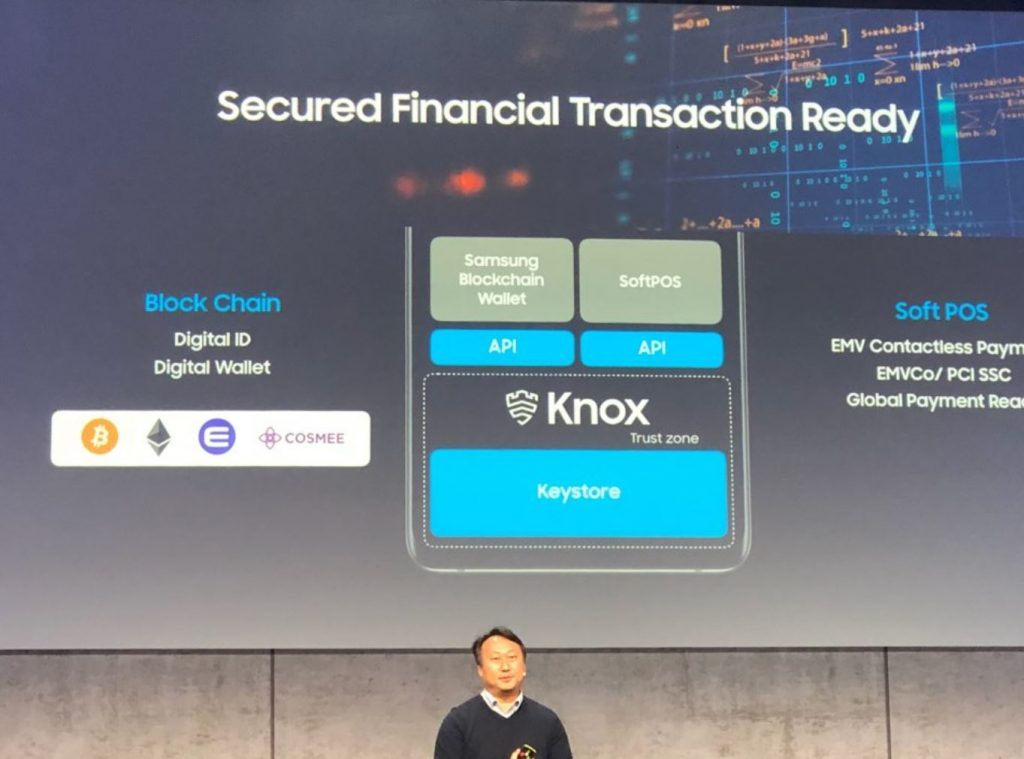 Support for Bitcoin and Ethereum was a given. Bitcoin is still largely synonymous with cryptocurrency, while the Galaxy S10 will also support dapps and Ethereum is by far the biggest dapp platform around.

The other two logos are Enjin and Cosmee. Both are Ethereum-standard ERC20 tokens and so might be best thought of as the showcase dapps for the GalaxyS10.

Both Enjin and Cosmee have reportedly confirmed their partnerships with Samsung, and said that this big reveal has been in the works for a long time now.

Enjin and Enjincoin (ENJ) are already kind of a big deal in the blockchain gaming world.

It's essentially a complete blockchain content management system for game developers and players, facilitating the creation of entire blockchain worlds. Ubisoft's prototype blockchain game HashCraft gives a faint inkling of what's possible with a blockchain gaming platform, but Enjin itself naturally makes it quite clear too.

The exact nature of the partnership was not made clear, but promo shots for the Galaxy S10, showing the Enjin wallet working on the phone, emerged on Twitter. 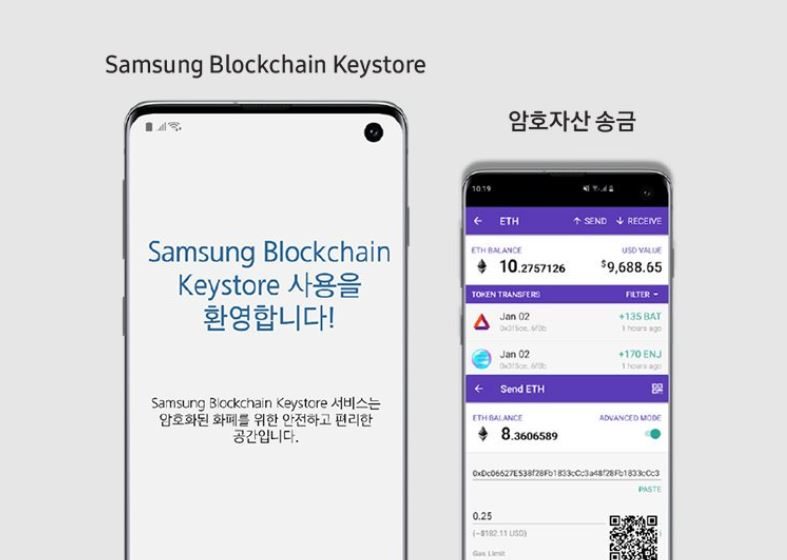 The cryptocurrency markets responded to Enjin's sudden appearance with a great deal of sudden enthusiasm.

Cosmee and its Cosmo Coin (COSM) are a project by Cosmochain. It's a platform aimed at connecting the beauty industry with its consumers in a win-win way. The idea is that people can earn cryptocurrency for engaging with the beauty industry, primarily in the form of leaving reviews in the app.

Its price impacts as a direct result of this news are less abrupt than Enjincoin's. Rather, it's been steadily climbing since launch and is currently sitting at a 170% gain over the last 30 days.

This is most likely because, with the benefits of hindsight, Cosmee's partnership with Samsung wasn't an especially well-kept secret, having apparently been reported and quashed for a while now, with rumours and hints of various kinds going back a long time.

For example, you can also see Cosmo Coin prices bouncing on 19 February, when the information seems to have more definitively leaked.

In this context it may be interesting to look at Cosmochain as a prime example of an under-the-radar project, working away in the background and eventually hitting the big time. Sometimes distant and unconfirmed rumours of partnerships actually hold water.

On the whole, Samsung's commitment to cryptocurrency and blockchain is a big screaming deal for the space, and Cosmee's ascent suggests that it doesn't pay to ignore the writing on the wall.

As one South Korean blockchain developer said about a month ago, speaking of the Galaxy S10's crypto wallet, "I am confident that this year will be the year of popularization of the block chain technology."

Although Ethereum prices didn't respond in the same way, it may also be worth remembering that Enjin and Cosmee are both Ethereum-based ERC20s.