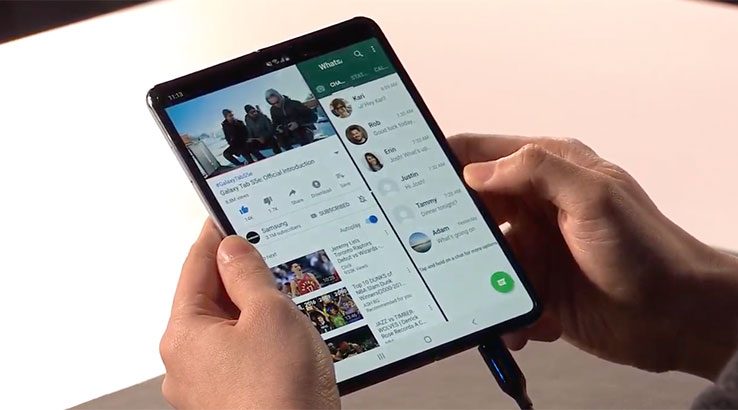 Samsung's foldable phone finally has a name and a price, and it will be available before the middle of the year.

While the focus of this morning's "Galaxy Unpacked" launch was clearly on the new Galaxy S10, Galaxy S10+ and Galaxy S10e, Samsung also took the opportunity to show off more details around its upcoming foldable smartphone.

For the first time it's got a formal name, as the Samsung Galaxy Fold. It's the fold, as per Samsung, because it features a unique polymer material that doesn't simply bend, but instead folds fully in half, turning a 7.3 inch tablet into a 4.6 inch phone when in "cover display" mode.

In power terms, the Samsung Galaxy Fold will run on a 7nm 64-bit Octa-core processor, almost certainly the Snapdragon 855/Exynos 9820 combination used in the Galaxy S10+, along with 12GB of RAM and 512GB of onboard storage. One casualty of that cool folding design is that it's the first flagship Samsung Galaxy phone since the days of the Samsung Galaxy S6 not to feature microSD expansion.

In order to make the most of its display, it can run 3 apps at once when in full tablet mode, as well as flick between the 4.6 inch app display to the full screen in a feature that Samsung calls "app continuity".

A large display screen requires a hefty battery to keep it running, and with that in mind the Samsung Galaxy Fold features a 4,380mAh battery with support for wired and wireless charging. 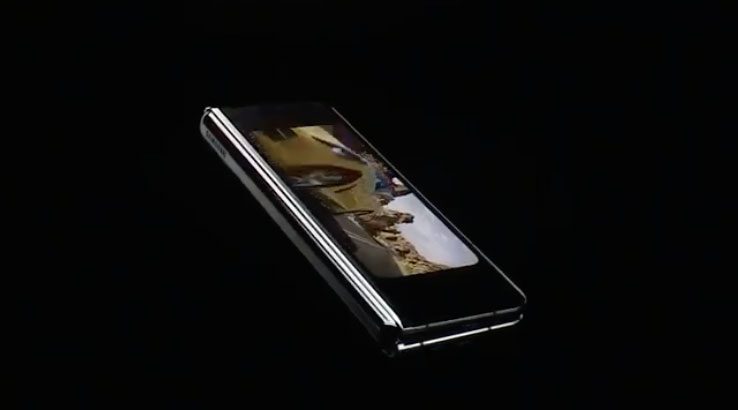 What Samsung did say was that it expects to make the Samsung Galaxy Fold available in the 2nd quarter of 2019, with Australians "amongst the first" to experience the new device. In the US it will start at US$1,980 from April 26. In straight conversion terms, that would equate to around $2,760, but it could run higher given the US list price rarely includes taxes.

Don't want to wait for the Galaxy Fold to launch? Pre-order one of Samsung's other new Galaxy S10 handsets instead

The timeframe for the Galaxy Fold is essentially the same timeframe as the Samsung Galaxy S10 5G it also announced this morning, so it'll be interesting to see how the two compare and if the market has more of a taste for smaller 5G phones or larger foldable devices. Samsung did say it would produce the Galaxy Fold in both LTE and 5G variants, but it's not clear if that April 26 timeframe was for both models.

Garry McGregor, Vice President of IT and Mobile, Samsung Electronics Australia said that "Galaxy Fold is a symbol of the future of mobile technology, ushering in a new category of smartphones that will change the way we live, work, and play on a mobile device".

Foldable phones are predicted to be one of the major trends in mobile devices at this year's Mobile World Congress in Barcelona, with Huawei expected to show off its combined foldable and 5G phone, and rumours around everyone from LG to Motorola also playing in the foldable space.

By giving us more of a peek at the Galaxy Fold today, Samsung is somewhat grabbing attention for its own brand ahead of the big mobile show.